What is an Addiction?

A few days ago, my wife and I were interviewed by a writer for the Japan Times newspaper in Japan. The interview was for some sort of special about international marriages in Japan and they wanted to ask us about our experience.

The interview was with a writer named Mami san and it was a very enjoyable talk that lasted over two hours. We discussed many things but one thing came up that I thought I needed to address because there seems to be much confusion about it and that is: "What is an Addiction?" Specifically, in my case, "What is Drug Addiction"? 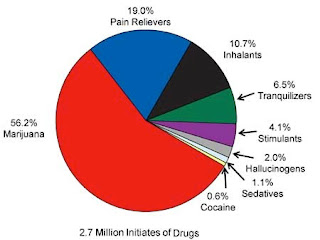 
I "graduated" from Matsuzawa Hospital. Matsuzawa is the oldest and most famous drug and alcohol rehabilitation hospital in all of Asia. It is said that if you can graduate from Matsuzawa that is equal to the level of graduating from Japan's number one university: Tokyo University.

I did that. And I had some of the best and most famous doctors as teachers in all of Japan. Let me tell you what Dr. Watanabe taught me when I was at Matsuzawa Hospital.

Of course, there are many kinds of addictions and I believe they all stem from different reasons that have to do with different personality types of people and psychological causes... But there is one thing about all addictions that is common: Addictions are not the problem of alcohol, drugs, gambling, sex or whatever. Addiction is not a problem of the substance abuse in and of itself... Addiction is a problem of human communication.

There will be many people who will scoff at this, but ask any professional doctor who deals with addictions and they will say what I am about to partake to you is true: In the case of, say, drugs consider; You could go live on a desert island, all by yourself, and do speed and heroin or LSD everyday from morning until night, everyday of the year, for years on end and you would not be called a drug addict.

The term "drug addict" would not be applied to you until your drug abuse became a problem with your relations and communication with the people around you... No people around you? Then it's no problem.

You know, there are drug abusers and alcohol abusers all around us. Many people are abusing illicit drugs but the biggest problem in our society today is the massive abuse of prescription drugs, over-the-counter medicines.

Different chemicals affect different people differently (I include alcohol in the term "chemicals"). In the case of alcohol, consider: There are many people who can have a drink of scotch and go to work, no problem! I even know people who have a bottle in their desk and they seem to function normally. I've always admired and envied those kinds of people. I can't do that. I am the personality type that is either sober or drunk. So I do not drink at all before work is over... Even one glass of beer until work is over? No way!

You see people like that in the movies. Ever seen "The Great Lebowski"? He would grab a Black Russian and head out the door for whatever adventure he was on at the moment... People like that are cool, I think. Me? If I had the one drink, I'd lose all desire to do anything but sit down and vegetate and drink more. The one drink would make me useless. I'd stop working and could probably only have fun and function with other people who are drinking.

This is the great misunderstanding about "Drug addict" or "Alcoholic." Some people can do drugs or drink everyday and function normally in a normal society (if you can call our modern society "normal" but that is a different subject).

Just because your spouse or co-worker drinks everyday, doesn't mean that they are a alcohol-addict. The moment their drinking (or drug habit) starts to affect their home life or work or relations with other people, that's the moment then they can be labelled to have a "problem".

There are people around us right now who are doing drugs (legally or illegally) and, not to make judgements on morality as that is not my issue here, but if they can function normally, then they haven't a problem.

Then there are others. Most of us, like me, either abstain or we have a problem. When you look at it like this, it is pretty "Black and White".

Now that I understand and recognize drug and alcohol addiction for what it is, I can cope and control myself. I never do drugs, no longer wish to yet I drink often... But since I understand what I am dealing with, my drinking never conflicts with work nor does it make it a problem at my home.

Trust that I, like many others, have had problems at home with drinking too much... It hasn't happened recently...

Understanding these problems for what they are cannot allow me to say that they will never happen again. No one knows the future, but.... Hopefully, as we get older, we get wiser.

Understanding what addiction is and what it really means can help people to control their behavior better... It can also help those who live with such a person to know how best to handle the situation and where to seek help.

Interesting, Mike. My wife and I were just conversing not 20 minutes ago on this very topic.
Does having a drink everyday imply an addiction? Probably not. I believe there's a fine line between wanting a drink (or drug) and needing one. I might want a smoke, but I'm not an addict until I need one.
Have you previously written on WHY you think you became an addict of drugs and/or alcohol? was it just being caught up in a particular culture - say the punk scene, thinking you need to hate the establishment, and thus by acting out against it doing things with society feels is "incorrect" behaviour your are rebelling? I have no idea. I'm just asking.
Here in Canada, there's a big discussion going on re: hockey enforcers turning to drugs and alcohol for comfort. I think it's a crutch. We all have jobs we don't like... and when it becomes too much of a bother, we shift gears and change jobs. So... why do many enforcers require that 'crutch'? They don't.
These past 13 months have been nothing short of a nightmare for me, but I don't get to use drugs and alcohol as a crutch. Is it a level of maturity? I'm just asking.
You are correct re: drugs and alcohol and it's effects on people. I know a few people who partake of drugs everyday... it helps them feel either better or normal. But it doesn't affect their ability to do their work or their ability to interact socially. You are correct... they are not addicts until that ability becomes impaired. At least that's
been an observation of mine.

I agree with the "Just because your spouse or co-worker drinks everyday, doesn't mean that they are a alcohol-addict. The moment their drinking starts to affect their home life or work or relations with other people, that's the moment then they can be labelled to have a "problem"."

My father loved his whiskey but it never interfered with his work or family life.