The Coolest Summer Concert in Tokyo of 2014? And It's Free!

I hadn't blogged in three weeks. Didn't realize it had been so long until an anonymous writer sent this comment: "21 days with no blogging. Sure hope your life is alright."

Thanks Anonymous. I appreciate it.

My life is alright. I hope yours is too.

I've been working 14 ~ 16 hours a day, everyday for the last 5 weeks or so. Then, during that time, I had a hellacious gout attack! I don't know why, I hadn't been drinking and have been basically doing the raw food thingy. Maybe it is stress... At least, that's what the doctor said.

Then, as soon as my gout went away, I went back to my exercise routine: 90 minutes speed walking.

That was a mistake.

Because of the gout, I had been walking funny for a week and my left knee hurt from that. So, while my knee was out of whack, I went for a 90 minute walk again. On the way back, darn if my knee didn't start burning. Uh, oh... Felt like I was getting water under my left kneecap.

Within a day, my knee had swollen up and hurt like heck, but I kept working.

That was another mistake.

By the third day, I couldn't walk and was in bed with my knee under ice packs and elevated. Still was doing work from the computer.

In the meantime, I completed several important tasks and nearly completed or completed a few videos. 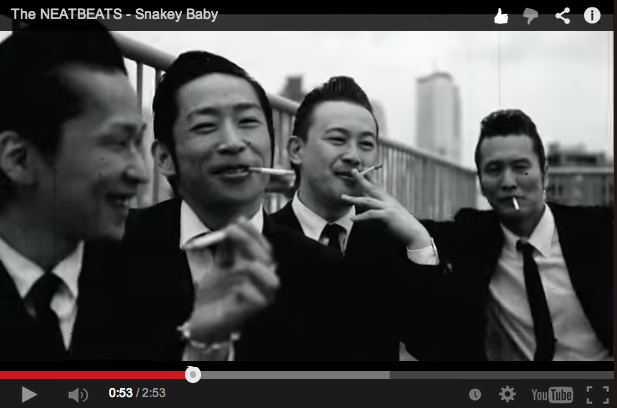 One of the ones that was finished was for a really awesome Japanese Beat Group called, "The Neatbeats." It stars Japan's best authentic beat music group, Mina Shirakawa, Japan's Sexy and Hot New Pinup girl and a funny sumo wrestler. I have my "Hitchcock style cameo" right at the very start (I'm the guy in the red sweater). For some reason, I can't link that video but you can view that video here: https://www.youtube.com/watch?v=O1L3leqBg-8

Besides these things, I've been doing my regular jobs and trying to get stuff done.

I have also organized another free concert for people to enjoy. I think these summer festivals whereby people spend $500 to $1000 to go to a festival to see bands with crappy sound, bad food and stand in long lines to go to the toilet are way over priced.

The show features the above mentioned Neatbeats. Here's a different video of theirs

and also Mz. Moxy from London in her Japan debut.

It's a killer show and I hope that you can attend. I think it will be one of the best and most memorable shows of summer 2014. 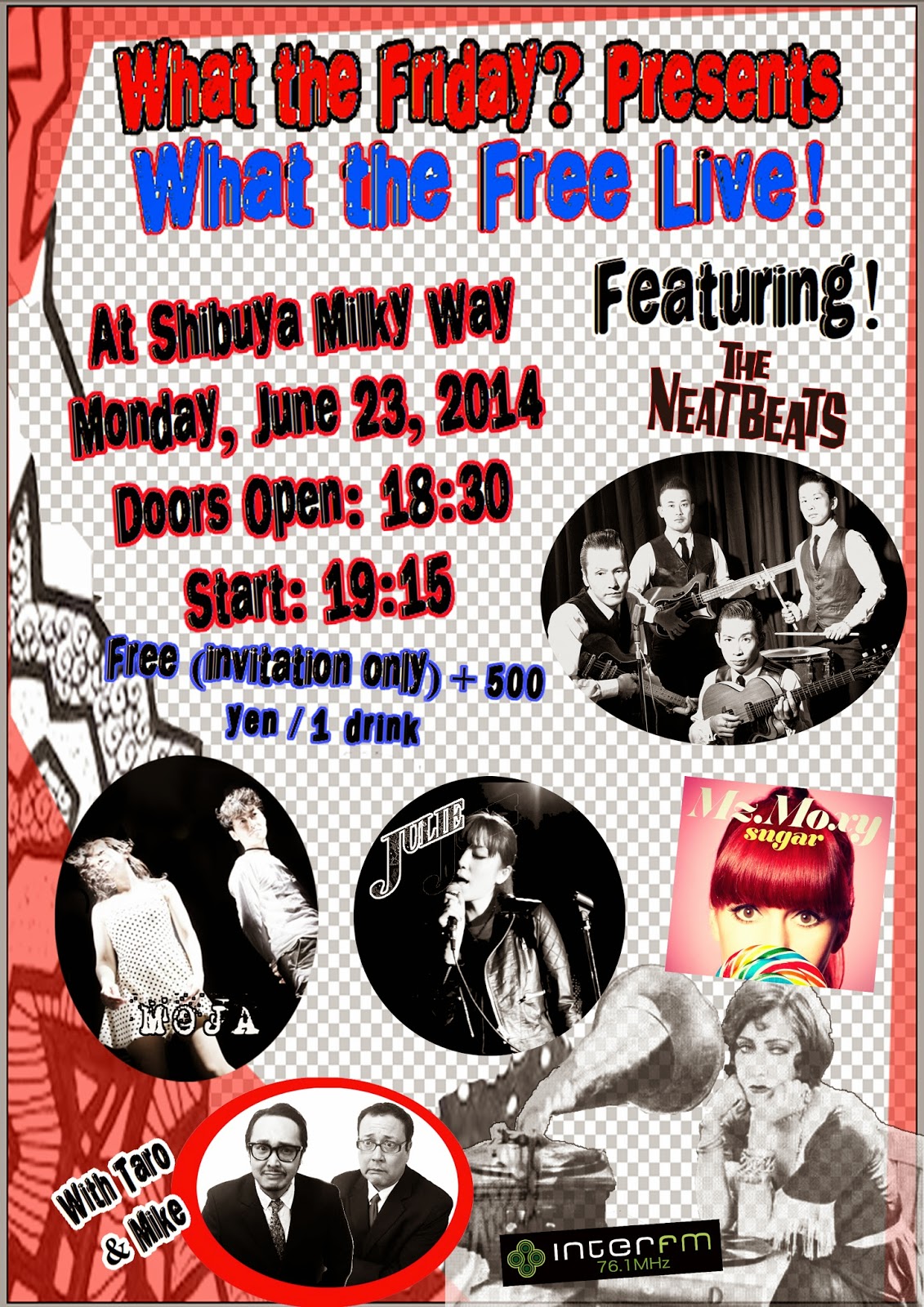 So, besides trying to be a father and husband, that's what I have been doing...

I hope to blog again because there's so much nonsense going on right now: Ukraine, stock market, Abenomics, Justin Beiber that the world's a ripe grape ready for the picking for some blogger...

But for now, I've got to get back to work.