"Pokemon Go? The more you know about it, the less intelligent you become." 「Pokemon Go? 知れば知るほど馬鹿になる」


"Pokemon Go? The more you know about it, the less intelligent you become." - Mike Rogers (Apologies to Repoman!) 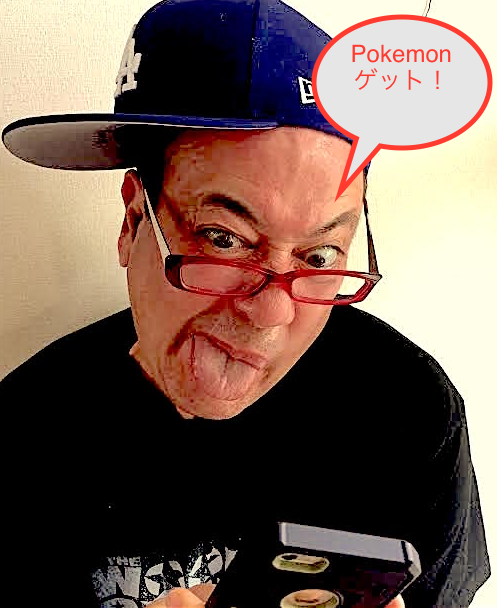 Musicians, Artists and Politics - The Day the Music Dies


“And you tell me over and over and over again my friend, you don’t believe we’re on the eve of destruction.” – Barry McGuire
I think this needs to be said (not that what I think really matters) but I am so disappointed by so many of today’s musicians and artists who come out and publicly support this politician or that.
I have been noticing this trend amongst musicians and artists growing over these last 20 years or so. It astounds me that today’s artists are so fooled by the mass media that they will come out in support of certain political candidates. This is foolish as well as lacking in dignity and I will show you why.
I expect that Joe-Blow Average Guy – who watches too much TV – to suck it all in and be lead around by the ring in their nose like cattle to support a candidate. But I didn’t expect musicians and artists to be as daft as average Joe-Blow and openly promote criminal candidate A over criminal candidate B. (Yes. Yes. I know most artists and musicians are not rocket scientists but I still expect them to have a little more insight to life and how things work than the average 6-hour-a-day TV watcher.)
I get disgusted when I see artists posting some nonsense supporting some politician (or attacking that criminal – which is de facto supporting this criminal.) It especially astounds me when I see foreigners supporting some American politician. Guess what? No one in America gives a toss what you think. What would you guys from, say the UK, think if the bassist of Hootie and the Blowfish came out and said he supports the Conservative or Labor candidate in England?
You’d think he were an imbecile, wouldn’t you?
I don’t mean artists have to be apolitical, but I mean you need to publicly support principles, not individual candidates. Past history is proof enough that all politicians are liars and crooks. You should understand and know by now that we are ruled by an evil cabal. It doesn’t matter if Candidate A or Candidate B wins; nothing changes.
Or haven’t you been paying attention the last 50 years?
At this time, we don’t know if Candidate A or Candidate B is going to win the election. All we do know is that no matter who wins, the current direction and decline of the country will continue.
Here is what artists are supposed to be in support of End of the wars, end of poverty, end the bombings, end the war on drugs, more freedom for the people.
The fact of the matter is that all politicians are deceitful liars. They have to be. That’s part of the job. To think candidate A is going to change things is delusional. I explained that here inThe US Presidency is a Donut Shop.
What is going on now; the vote rigging; Bernie’s disgraceful and total and complete capitulation; and what occurred with all our US presidents in these last 50 years should have been a wake-up call: The system is corrupt. It’s always been corrupt. It was built that way. It isn’t going to change. There is basically no difference in our ruling aristocracy and the ruling aristocracy of other corrupt nations.
The USA, Japan, and the EU haven’t a leg to stand on when we criticize North Korea or her president.
Besides the above, here is really why you should stop the political posts and support for any politician: when you do support one or the other, it makes you lose your ability to view the world as an observer. When you publicly support a certain candidate you lose your objectivity and are unable to keep your bias level at a minimum. It destroys your art and loses members of your fanbase. It is amateurish and completely unprofessional.
Still not convinced?
Remember when John Lennon was protesting the Vietnam War? Did he ever come out and say he supported this politician or that? No. He understood that our problems are not because of this politician or that. He fully understood that and said that the system is corrupt.
Can you imagine for a second someone like Lennon or David Bowie coming out and saying he supports a particular politician like Cameron or Corbin or Hillary or Trump?
Nope. Neither can I.
Do not support politicians. Support universal human rights and principles.
Of course, it really doesn’t matter what I think. But I think you do yourself a disservice by getting into politics. Musicians and artists are supposed to help us escape – even for a few minutes – the hell we live in.
Don’t pull us deeper into the cesspool.
at August 12, 2016 2 comments:

Fruits? Freaks? I Love These People! 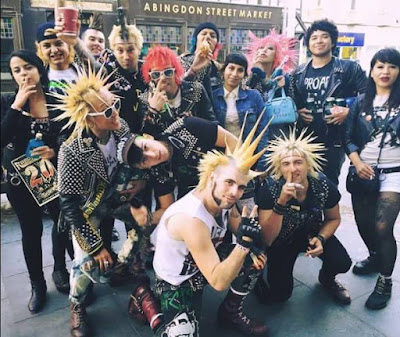 Most "ordinary people" (Repo-Man reference here) look at them and criticize them and say they look like freaks... But, you know what? People say that because, deep down in their hearts, the people who criticize know these kids have much more fun and freedom than most of us do. These kids don't care what society dictates or what "regular people" think....
I wish I could be as free as these kids... They are living a dream...What fun! What I wouldn't give to be young and handsome again!
Oh! How I envy them! (Thanks to Miyako Yamamoto for the photo from London)
at August 10, 2016 2 comments:


The first nuclear attack on the civilian city of Hiroshima happened today in 1945.

Here are two horrifying cartoons made for Japanese schoolchildren to explain about what happened during the attack.

The information says: "An epic historic cartoon produced for school children about the day Hiroshima was bombed as seen from the Japanese perspective. English subtitles for those of you who do not speak Japanese and for those of you with short attention spans this is a very short film."

Let's work to make sure this sort of thing never happens again.
at August 06, 2016 3 comments: