This TV commercial was just sent to me by my friend, James Honeycutt who helped me write the screenplay for the movie Ghostroads. (https://vimeo.com/197078048)

This is a commercial for a new computer sales or service company.


If the video does not play, click here: https://www.youtube.com/watch?v=PtHugtXVWlI
at March 20, 2017 2 comments:

I got together with my friend, Satoshi Miyaki and, unbeknownst to him, I've come up with a list of Japanese Girl Rock Bands that matter in 2017.... Satoshi, who just likes cool music because, well, just because that's what he does, has selected a bunch of these groups (Thanks Satoshi san!)... I have also added a few of my own. This isn't the complete list. This is just Japanese girl bands - with girl members only - who are performing gigs now.... If I miss your band from the list, send me an email as I am going to make another list a little later. 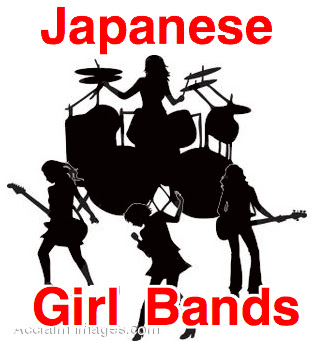 Also, these are all female only bands. There's lots of cool bands in Japan but if we start making exceptions and adding bands that have guys and girls, we'd be here forever.

Also, these are bands that I think (from my most probably confused viewpoint) that a foreign audience might like. Also, there is no particular order to this list excepting the first two. I think not putting Shonen Knife at the top of the list along with the 5,6,7,8s, would be an atrocity. Maybe even deserving the death penalty!

First up on the list of Japanese Girl Rock Bands that matter in 2017 (Vol. 1) are two bands that need no introduction to that foreign audience. And, so, of course, that means the first band we "introduce" are the queens of Japanese Girls Bands, Shonen Knife.

If there were no Shonen Knife, I wonder how different the Japanese rock scene would have been? Shonen Knife are THEE legendary Japanese girl's rock band. Wikipedia writes: "Shonen Knife is a Japanese pop punk band formed in Osaka, in 1981. Heavily influenced by 1960s girl groups, pop bands, The Beach Boys, and early punk rock bands, such as the Ramones, the trio crafts stripped-down songs with simplistic lyrics sung both in Japanese and English. Despite their pop-oriented nature, the trio maintains a distinctly underground garage rock sound rooted in edgy instrumentation and D.I.Y. aesthetics, which over the course of their long career has earned them a solid, worldwide cult following and made avid fans out of seminal 1990s alternative rock bands such as Sonic Youth, Nirvana, and Redd Kross. The band has been credited with making "the international pop underground more international" by "opening it up to bands from Japan". They have a Facebook page here:
https://www.facebook.com/ShonenKnifeOfficial/

Since this is my blog, I want to show you a Shonen Knife music video I made along with my video genius friend Ken Nishikawa over at Robot55 (http://robot55.jp/)!

(I can't remember well, but I think Shonen Knife were first personally introduced to me in 1986 (or 87?) by my dear old friend Page Porazzo. R.I.P. We miss you Page!)

Wikipedia writes: "The 5.6.7.8's are a Japanese rock trio, whose music is reminiscent of American surf music, rockabilly and garage rock. They frequently cover songs from American rock and roll. All members are from Tokyo, Japan. The 5.6.7.8's first started performing as a quartet in Tokyo. They first officially became a trio in 1992. The 5.6.7.8's made a brief appearance in the 2003 Quentin Tarantino film Kill Bill Volume 1, where they were shown playing barefoot in an izakaya. In 2012, they appeared at the "Girls Got Rhythm" fest in alongside artists such as Ronnie Spector, The Muffs and Nikki Corvette." Here's their Facebook page: https://www.facebook.com/The-5678s-Official-277355125413

This is difficult for foreigners to say the name of this band correctly (I still can't) but try "Su K D Koi." That's close enough.

Su Ko D Koi are on this list because I think they are one of, if not the best, new comers. They are basically exploding on the scene. Besides an awesome reputation and incredible audience reaction to airplay on the FM radio, a few things really stand out: 1) Their newest CD that went on sale Jan. 11, 2017 sold out all over Japan within the first 2 weeks - It was sold out even at online shops. That's amazing! Nobody does that anymore. 2) Their recent live shows were sold out. 3) They have been charting on several of the Japanese hit charts (an indies band!? WTF?) 4) The video for one of their most recent single releases, "Shop Manager, I'm Quitting My Part-Time Job" has more than 175,000 views! Amazing! Once again, today's video is made by Ken Nishikawa and myself in some more shameless self-promotion for Robot55 video production company. Of course, Su K D Koi has a Facebook page:
https://www.facebook.com/ssttddkk/

The Let's Go's are a "Japanese girl's band formed in Tokyo." I guess it was around 2009. At least, that's what their bio says. They also want to rock all over the world. Which is a fair and worthy goal. Here's their Facebook: https://www.facebook.com/the0252/

The Pats Pats are two girls from Tokyo named Midori and Akiko who make up what I think is one of the coolest and most fun bands in Tokyo! The Pats Pats just released their newest 7-inch record on Feb. 25. It is available on Passion Records. Here's their Facebook page: https://www.facebook.com/patspats/

Who are the Noodles? Their FB page explains: "In 1991, four young girls gathered to start the band Noodles, performing their first shows in Yokohama. In 1995, they released their debut album on the Benten Label. That same year, the girls wrote and recorded a song for a Coca-Cola commercial. The song became a big hit and was a radio favorite throughout Japan. In 1999, the band moved to the DELICIOUS LABEL. In March, 2003, they opened for The Breeders, in Osaka. Later that year, Noodles started to branch out overseas by performing at the CMJ Music Marathon. They have since been back to the States for two US tours and have appeared at SXSW two years in a row. Noodles remain Japan's best all-girl rock ensemble." Here's their Facebook page: https://www.facebook.com/noodlesjpn/

Old Lacy Bed are 4 girls from Nagoya, Japan. Their bio says, "They’ve carried on shows with many bands from abroad (including)“Summer Twins.” Also, they’ve released their first 7 inch vinyl “Little Girl” and a split 7 inch vinyl “Coastlands” with “Summer Twins” in the UK with “Dufflecoat Records”. On August 5th 2015, They released their second mini album “SHE DAYDREAMS” from “2670records”. Here's their Facebook page. https://www.facebook.com/oldlacybed/

The Stephanies are a girls three piece band from Tokyo. They features great chorus work, tight rhythms and powerful vocals. They are hot live and they are performing about 100 shoes live every year! They have also won several awards including the Emerging Festival, Hard Rock Rising and the Space Shower Contest. Very cool. Here's their Facebook page: https://www.facebook.com/TheStephanies/

THE STEPHANIES - Baby, I love you: https://www.youtube.com/watch?v=GXmTOEm-I2g

Tadzio are two girls whose webpage says, "An explosive hardcore pop band composed of a leader and director TADZIO (Tagio).
Tazio formed in 2010. They released their first album in 2011 which is a mix of rock, metal, hardcore and garage.  etc., all original 11 original songs mixed with various elements are all released. Tadzio has appeared on UK 's SPINE TV and appeared in Italy' s FAR EAST FILM FESTIVAL.

Hope you enjoyed this. Like I mentioned, there are lots of other good bands, so if you know one, let me know. - Mike


Oh, and be on the lookout for the biggest rock n roll movie to come out of Japan in years: "Ghostroads - A Japanese Rock n Roll Ghost Story." Here's the trailer: https://vimeo.com/197078048 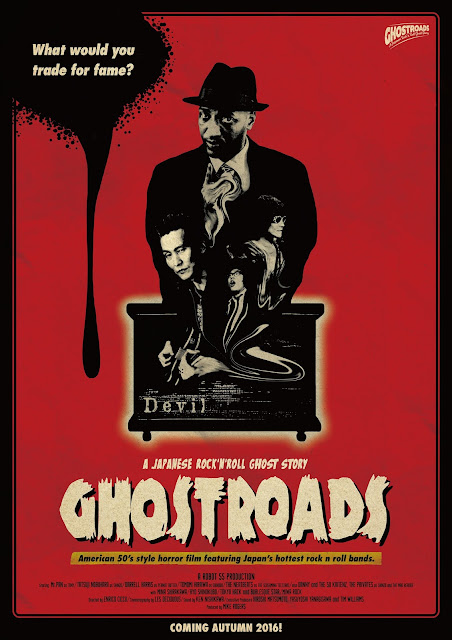