Girls Mountain Climbing in Mini-Skirts a New Trend in Japan!

Wow! One thing I really like about Japan is that women still dress like women. I mean, on any given day, just about all the girls riding the trains are wearing dresses and are dressed up to kill.


Forget the ice ax and $500 climbing boots. The mode du jour for today’s female mountain hikers in Japan is a miniskirt and leggings. 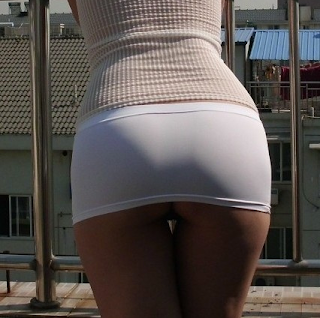 Not in the winter!

The North Face, a maker of Gore-Tex waterproof jackets, andAlpine Tour Service Co. are targeting “yama girls,” or mountain girls, the nickname for the growing number of women who are taking to the hills of Japan wearing short pants or fleece skirts with leggings and designer trekking boots.
“I want to wear something cute like a skirt,” said Machiko Miyauchi, 25, who made her first ascent of Mount Fuji, Japan’s highest peak, earlier this year after buying new equipment and shoes. “Climbing is healing. You can breathe fresh, clean air
Who would have guessed that mountain climbing would be a place to pick up girls? The article continues:
Japan’s fashion scene has a record of establishing cult trends that sweep the industry, typically for a few years, such as the “ganguro” look that mixed deep fake tans with white lipstick, brightly colored clothes and orange-to-blond hair. Tokyo ranked 14th this year in Global Language Monitor’s annual list of world fashion capitals, trailing Hong Kong and Shanghai in Asia.
The nation’s top climbing spot is the 3,776 meters-high (12,388 feet) Mount Fuji, within sight of Tokyo, where the number of trekkers rose 9.9 percent to 320,975 in July and August, according to a report by the Environment Ministry. About 12.3 million people hiked Japan’s mountains last year, compared with 590,000 in 2008, according to a 2010 Japan Productivity Center White Paper on Leisure, published in July.
“Mount Fuji seems to be a catalyst for many people,” said Machiko Ito, who plans trekking tours at Yama-kei Publishers Co. “It’s like going to Tokyo Disneyland -- people get this feeling that everyone else is going, so they will too.”
Alpine Tour and Yama-kei offered a women-only tour to Fuji for 28,000 yen ($347) in July, and plan two more all-female tours to other locations in December.
“Single women are spending their spare time on something fashionable and good for their health, as they can’t do it once they get married,” said Toshihiro Nagahama, chief economist at Dai-Ichi Life Research Institute in Tokyo. “Mountaineering is luring in female fans.”

Mountaineering is luring in females fans!? Really? There's no way my wife would climb a mountain like that. She is a typical Tokyo girl of her generation: that means boutiques and shopping centers are the extent of her recreational activities.


Wow! Maybe there more to going outdoors and just nature views too? Wow! Mountain climbing with girls in mini-skirts? Forgive me but this is definitely a case of "Ladies first!"

David Bowie, I Love You!

You were the very first that made me crazy about one rock star and not just one song...

You were the first one that I took drugs with and got high listening to...

You were the one that made me hate my dark and wavy hair: I wanted to have straight blonde hair so I could make it orange... 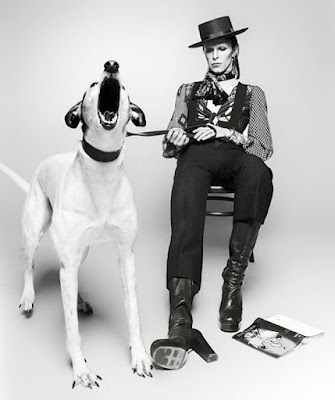 Because of you, I stayed indoors and never got a suntan in my entire life; that is why at nearly 60 today, I have no wrinkles.

You were also the one who showed me that it was OK not to be the most popular boy in school and to be different and to be myself.


David Bowie, I love you.

You changed my life.

I will never forget.

........For many years, David Bowie made me laugh and scream and sing and dream... Yesterday, for the first time in a long time, he made me remember how to cry again. 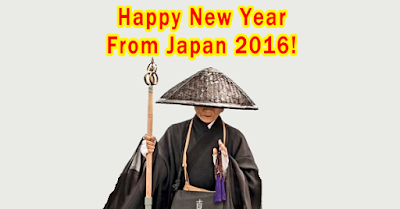 In Japan, it is customary for family and friends to get-together on New Year's morning and have sake and a toast along with some words - a sort of prayer - for the New Year.

This year, I sat and had a cup of sake and the words of the speaker - a priest who survived World War II - really shook me in their solemnness, stark realism and simplicity. He said,

"This next year may see the world full of war and no one knows what is going to happen to the economy. We may be seeing the start of the next great war and the next great depression.

No one knows if they will even be alive tomorrow."

He took a breath of exasperation - as if to suggest, "I've seen this all before" - and then he added,

The best one can do is to always try their best and to protect their health and survive it."

We all held our glasses high in the air and said, "Kanpai!" (cheers) and drank our sake.

I knew I was hearing the words of a very wise and experienced man.