No comment necessary. Read it yourselves: Fukushima: Stop the Stupid

The Best Reason Why You Should Own Some Gold and Silver


I am often asked by people, who seem quite skeptical, "Why should I own any gold or silver?" 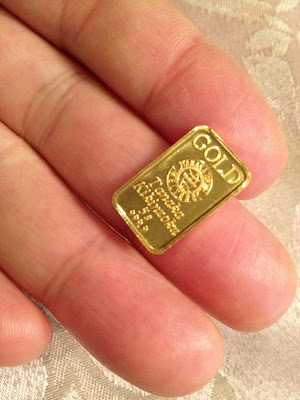 Here is the best answer I can think of:

Pirate One finds a treasure map. He searches for years and finally finds the treasure. They dig it up and lo and behold, upon opening it, they find millions and millions of dollars worth of paper money bills, checks, bonds, deeds, etc... from a country that ceased to exist a century ago....

Pirate Two finds a treasure map. He searches for years and finally finds the treasure. They dig it up and lo and behold, upon opening it, they find millions and millions of dollars worth of diamonds, gold, silver... from a country that ceased to exist a century ago....

Question: Which pirate do you want to be?

Think about it: How many countries have ceased to exist in just the last 70 years? I can't name them all:

Email ThisBlogThis!Share to TwitterShare to FacebookShare to Pinterest
Labels: extinct countries, gold, own gold, own silver, reasons to own gold, silver

Groupon Vailiantly Hangs on in Her Fight to Remain Dead! 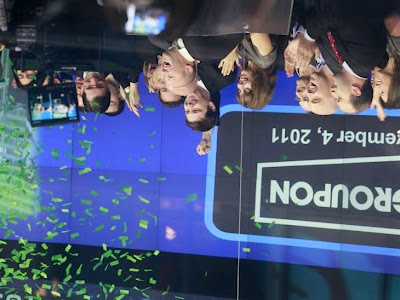 Bwa! Ha! Ha! If we turn our sales charts upside down, we're profitable!

Some guy wrote this humorous letter to me about my bashing of Groupon in Groupon Heads for Bankruptcy. You see, Groupon has been (and still is) a dog stock and company. The other day, Groupon had a whopping 30% share price rise. Amazing!? Who knows in this day and age.?

What caused this rise? Was it a new contract? No. Massive new sales? No. A new fangled technology? Tie-up with Google? Amazon? Disneyland? Nope. Nothing like that. The share price rise was caused by the announcement of a new CEO (to replace the cluster-f*ck former CEO Andrew Mason!) Big deal...

I have a good question for any of you entertaining the ridiculous notion that this news is all that great. In act, I contend that this news portends and company in a fatal management crisis: Mason left end of February.... Have you EVER heard of a company that fired their CEO and then took almost 6 months to find a replacement? Think about why it took so long to find a replacement and then, they got a founder to do it anyway? I'll tell you what that means; it means that the new CEO didn't want the job either (Been there. Done that) and took it because there WAS NO OTHER CHOICE!

By the way, I had been saying for months that Andrew Mason ha screws loose. Replacing this guy, like I said, should make any company share price jump. The guy is a complete lunatic. Well, my friends, don't believe me, judge for yourself. See what he's done since he left the company thanks to TechCrunch: Ex-Groupon CEO Andrew Mason Releases Hokey Rock Album To Soundtrack Your Pivot (Review) | TechCrunch

If you’re a tech exec who finds Nickelback a bit too edgy, Groupon’s former CEO Andrew Mason has just released an album for you. Now available on iTunes and Spotify, ”Hardly Workin’” is 80s alternative rock about how to run your startup. I can’t tell if it’s a joke or not, but, regardless, it will make you laugh, either with or at Mason.

“I was climbing Machu Pichu / As I beheld the splendid view / An idea came for 100 million / Of shareholder value” is the kind of lyrical brilliance you’ll find on Hardly Workin’. Mason moans and croons over generic alternative rock — the kind that wouldn’t make the cut on a Huey Lewis and The News album.

That the shareholder of Groupon finally wised up and fired this guy and replaced him with someone else should make the stock price of any company jump! Groupon is so inept they could only squeeze 30% from a new CEO (and, by the way, the new CEO is a founder who must have been one of the people who voted Mason in as CEO, so consider that!)

Is a 30% jump so incredible these days? I'm not so sure. Check your Tokyo shares prices and see that Value Commerce was up over 20% at 2pm last Thursday (8/8/13) on no news also.

Anyway, this reader (obviously a poor soul who hasn't learned a basic lesson of investing: When a stock is going nowhere, sell it (or avoid it in the first place). .... When its price drops, take profits when your position doubles or close out the position at the best possible time. Take your losses and learn a lesson.

But this guy won't. He has some wild idea that Groupon is going to recover to its $27 dollar price... Excuse me while I wipe the coffee that just came out my nostrils from laughing....

Anyway, just to show how delusional and confused some people are, the reader writes (concerning the 30% price jump):

Groupon? Oh, but you were so wrong!

Now if they can just do this another... lessee... four times, and they'll be over their IPO price!

OK. Is this guy a great comedian or is he serious? I think he is joking (I hope he's joking!!!!) Here's how I replied:

That the Dow, S&P, etc. are all seeing huge run-ups yet Groupon is still in the doghouse and people crow simply makes former brokers like me just shake their heads... I think the word is "Muppets" is the term people use today.... Lambs to the slaughter.

Do yourself a favor. Take my advice, sell off your Groupon shares now. Take your losses and learn a lesson. A 30% jump on nothing but news that a new CEO is appointed when the business plan is still built on Email SPAM is a FARCE.

Expect Groupon share prices to hit their inherent value in the near future: Zero.

Japan is the Best Country in the World to Live In! FREE BEER and Cigarettes! Suck it America!!!!!


Seriously. They do this a lot in Japan. That is; hand out free booze and cigarettes to by passers.... I think they used to call this "Service" and "Freebies" in the west until the Nazis took over. 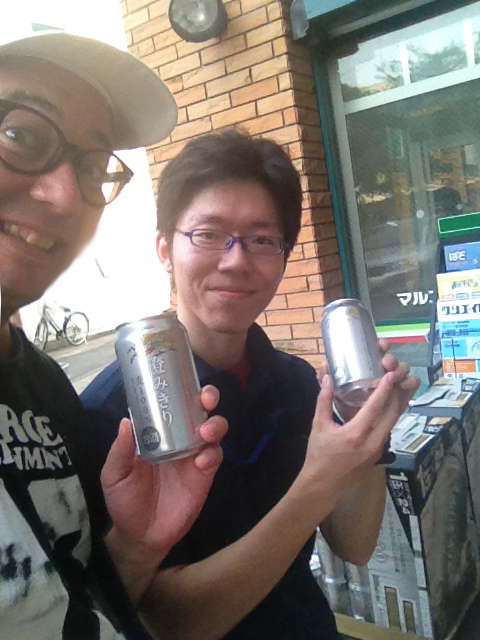 This guy was handing out FREE BEER at the exit of the local grocery store.

He just gave me a chilled beer and smiled... Like they should do in a civilized nation (like Japan)...

Idiots will grouse that this doesn't make for a better place to live but that's just rationalization. The Japanese can do this because society here isn't the cluster-F*ck the society is in the USA.

Suck it America! And apologists for the police state that America has become!


A washed up and out-of-work old DJ in Tokyo has made the most startling discovery in years; a house that seems to be the reincarnation of 1980's cult star, Klaus Nomi.

Could it possibly be that the cult star died and returned to earth as a modernist designed home in downtown Tokyo? The evidence points in that direction! 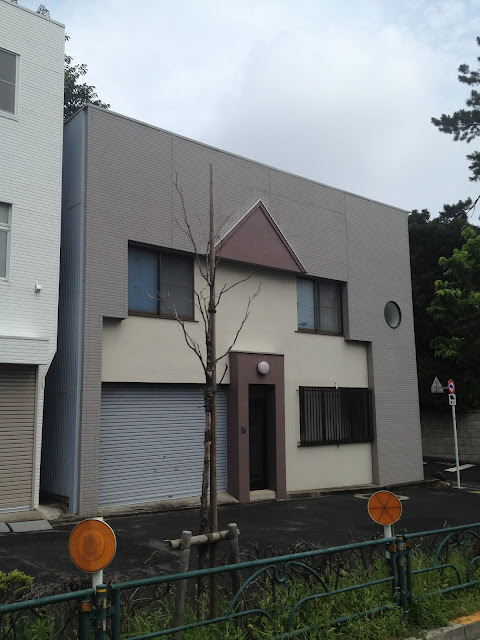 "I was driving along the road when I look over to my right. It was like Lightening striking me!" The man recalled. I turned to my friend and said, "Mate! Blimey! Look at that! It's Klaus Nomi!" 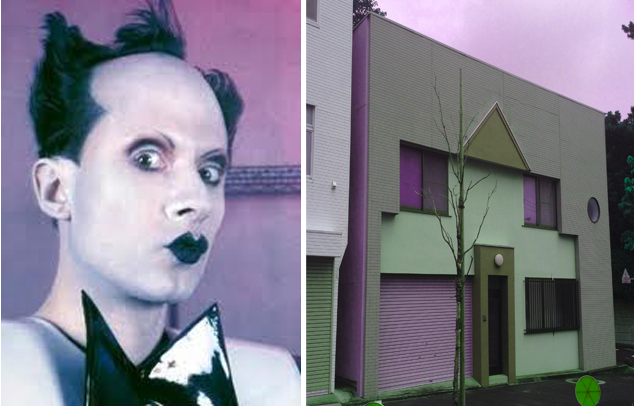 Sure enough, his friend agreed.

He is remembered in the US as one of David Bowie's backup singers for a 1979 performance on Saturday Night Live. 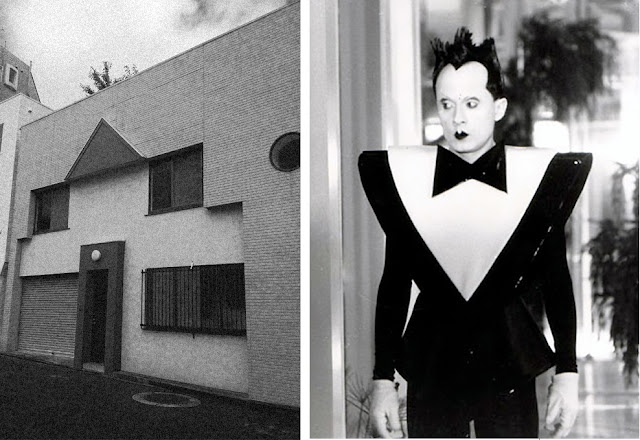 Even in black and white, the resemblance is uncanny!

Upon getting out of his car and taking the above photos, the out-of-work DJ in Japan, who only goes by the name "Mike" said he asked the old Japanese neighbors if they'd ever seen Klaus Nomi hanging around in the neighborhood. They all waved their hands in the air and replied,

Mike recalled that he was surprised at their response as Nomi was a German and not an Englishman.

When Mike knocked on the door of the Nomi House, there was no one home.