History Repeats Itself: The "Stars of Silent Films Are Alive" Today (But not well!) 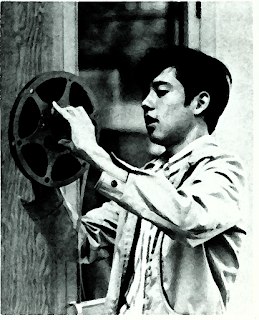 History Repeats Itself: The "Stars of Silent Films Are Alive" Today (But not well!)

Most will probably find the title of this blog to be a bit curious. But history is repeating itself right now and the "Stars of Silent Films" are "alive" today! Well, maybe not those exact people, but people who follow in their footsteps and fail to learn the lesson that they taught us....

History is truly repeating itself in front of our very eyes in the TV and radio world and the reaction of many TV and radio "stars" - and even broadcasting company management - towards the Internet.

And, just as it was in the 1920s, the silent film stars who were able to survive - and actually make more money, along with the production companies who profited handsomely from "Talkies" - the stars who survive and prosper will be the ones who embrace the new technology and use it to their advantage.

The ones who do not, will fade away. (It's actually curious to think, that after all this time, there are mass media talent and company management who refuse to consider the internet as a profitable promotional tool or revenue stream, but I know a few... I understand if they are over 60-years-old. But under 60? I don't "get it." This seems like complete denial of reality.)

Silent films were big entertainment from about 1910 ("Birth of a Nation" in 1913 was the biggest grossing silent film of all time) until the beginning of the end in 1927 with Al Jolson's "Jazz Singer" and the abrupt ending of all Silent Films by 1937.

So, from the advent of "Talkies," until the death of the Silent Movie Star, was only a few decades - or even less than 20 years, depending upon how you look at it.

When Talkies first arrived, many of the world's biggest stars refused to accept it. Even the great Charles Chaplin said of Talkies, "Talkies are spoiling the oldest art in the world— the art of pantomime. They are ruining the great beauty of silence. They are defeating the meaning of the screen."

Yet, even Charles Chaplin could not deny progress and he stayed silent no longer. Just six days after Britain declared war on Germany, in 1939, he started work on "The Great Dictator". It would be a stroke of genius - as well as the acceptance of the inevitable - that helped solidify Chaplin's place as one of the greatest film makers of all time and a worldwide superstar - even to this day.

Many stars, though, simply refused to embrace the new technology and they faded away.

It is said that many of the silent film stars insisted that their fame and talent was good enough and that their audience were loyal enough that they would never abandon them because they 'could speak with their eyes, therefore they didn't need sound or Talkies.'

In hindsight, anyone can see that this sort of thinking is foolish.

I wonder why some of today's radio and TV stars refuse to do the Internet... I know a few who refuse to even do simple ones like Facebook or Twitter! I can understand not having the confidence in writing ability to not do a blog (how about taking, photos?) but not using FB or Twitter to keep your name in front of the audience and potential sponsors, is basically the same as "shooting yourself in the foot."

Many of the old silent film stars obstinately refused the Talkies for the very same illogical, self-defeating and completely impractical reasons.

They faded away, right?

After long avoidance, some finally did try, but found they didn't have the voice to match the face...

What should we call a TV or radio star today who refuses to participate in the internet besides "someone in denial"?

"Perhaps the iconic pose of our era is someone squinting at a smartphone screen–replacing another iconic pose, the couch potato pointing a remote at the TV screen. That stark change is apparent in a new report that says for the first time, Internet ad revenues have passed those of broadcast TV."

From a guy who has worked in the mass media for over 30 years, I can tell you for a fact that, even though many won't say it, many of today's TV and radio "talent" and broadcasting station management think the exact same thing about the Internet: They foolishly believe they don't need it and they refuse to participate in it; as if it is "below" them... Just as the Silent Stars once did

They think TV and radio are going to survive in their current form for the next twenty years and giving them a livelihood; just like the Silent Stars believed about the Silent Film industry.

Starting to see a connection here? I do. And this is why I state that "History is repeating itself right in front of our eyes."

Here's a list of 10 former Silent Film superstars who didn't make it through the transition to Talkies for various reasons.

The World Wide Web began in 1990 and now has mass acceptance. It's been 25 years now. Talkies destroyed Silent Films completely in about 25 years or so.

How many of us can see the writing on the wall?

So, TV and radio star, ignore the internet at your own peril...

They can predict the future by following the examples shown perfectly by the Silent Film stars who proceeded them: some adapted; some didn't.
at November 17, 2015 4 comments:

Open Borders Immigration? How's that working out for you? 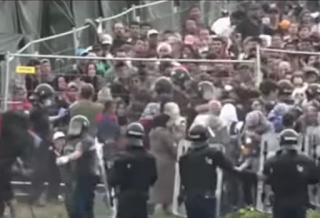 There are many who claim that Japan should open her borders and allow mass immigration. I think that's crazy.

There are a few writers here (mostly foreigners) who think we should allow immigration like the USA and Europe does. They point to Europe and the USA as to good examples of how Open Borders works out.

I wonder what planet they are living on? There's a reason Japan has a basically zero unemployment problem. There's also a reason why Japan leads in robotics and in many areas of that type of technology.

Japan has lots of problems, the last thing Japan needs is a bunch of unskilled migrants and a high unemployment number.

This is a scary video that's gone viral all throughout the world.


I was walking by a nursery/kindergarten the other day. It was one of the many that have popped up in my neighborhood over the last few years.

I wondered why, if the birthrate is so low in Japan - along with the smallest population of children since WWII, and all these pre-schools and nurseries are being built (three new ones in my neighborhood over the last 2 years or so - a neighborhood full of senior citizens), then why has the Japanese government reported that there are over "23,000 children on waiting lists to get into pre-school"? (There were over 44,000 in 2014). Why have two of my close friends told me that they, "Couldn't find a nursery or preschool to put their 1-year-old into" while they go to work.

I got it! It's simple really, when you stop to think about it....

Even though the birthrate is dropping seriously, the economy is is the shitcan; families can no longer depend upon the husband's job nor support the family on one income... Hence, the wives have started working...

When the wives have to work, they have to put the kid's into daycare. Pretty simple, right?

The same phenomenon happened in the USA... Then throughout the 80s. Remember, "Latchkey Kids"?

We are brewing an entire new generation of Latchkey Kids now in Japan too because of the BS the government is doing to the currency and the economy; which leads to more and more debt and a situation whereby the mother has to work in order for the family to survive financially.

I think this is terrible. How well did this situation serve the United States and American families?

You can judge for yourself if this is a desirable condition or not.
at November 12, 2015 1 comment:


It's the 2016 New Year's Party of the Year! (Does that make sense?) The Neatbeats, the 50 Kaitenz and the Privates! These are Japan's best underground Rock n roll bands! Click the link below (in blue) to get a free ticket! 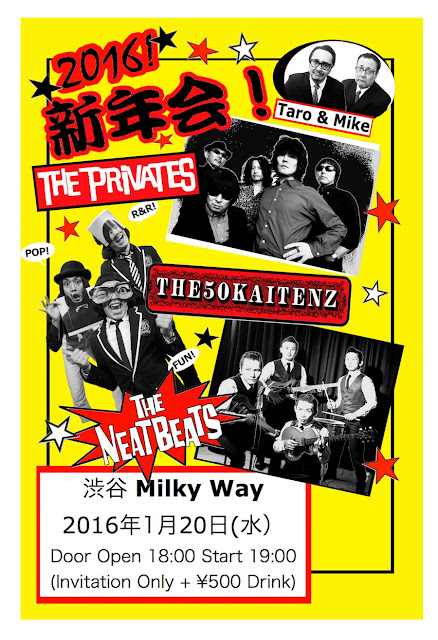 There will be a movie shoot at this event. By reservation of a ticket, you agree to be a possible extra in the movie and understand and agree that the filmmakers have the right to use your image for the film, TV, promotion, etc. as they see fit for the entire universe forever.  People who do not agree to this arrangement will not be allowed into the event.