A while back, I went to Osaka with my friend Ken Nishikawa to shoot a promotional video for the Japanese girls group, Shonen Knife. While there, we had some time to wander around and I saw some great sights. I love Osaka!

While I was there and wandering around I saw some kids and their fashions really turned my head! Wow! You have to check this out!

Here's several for your enjoyment! 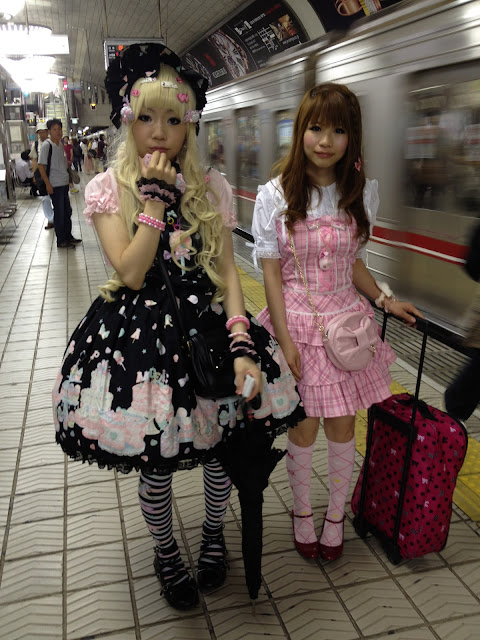 I saw these two sweethearts at Shin Osaka station. The train going by the the background gives it a great feel. 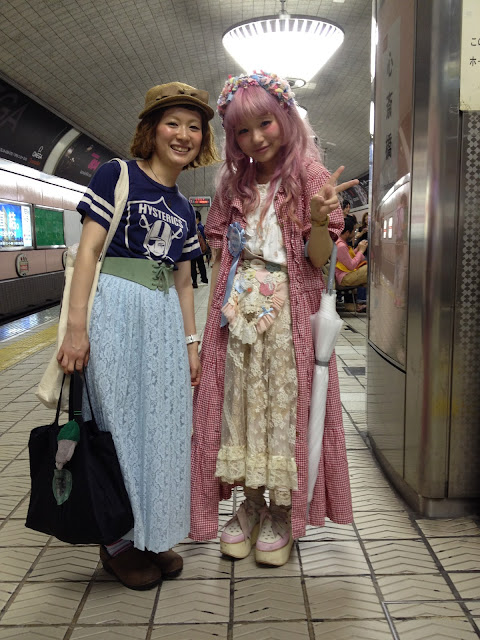 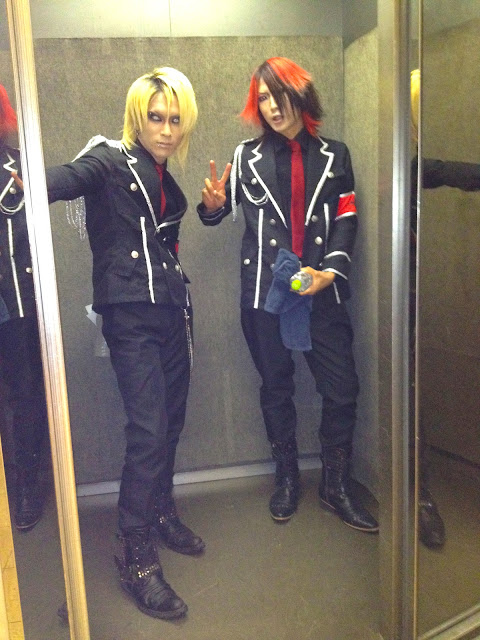 I saw these two guys getting on the elevator and just had to take their photo. Awesome look. Check out those contact lenses! Upstairs from this building was a shop that sold "Lolita Fashions." I went up there but they didn't have any Lolita Fashions in the XXX-Large size to fit me. 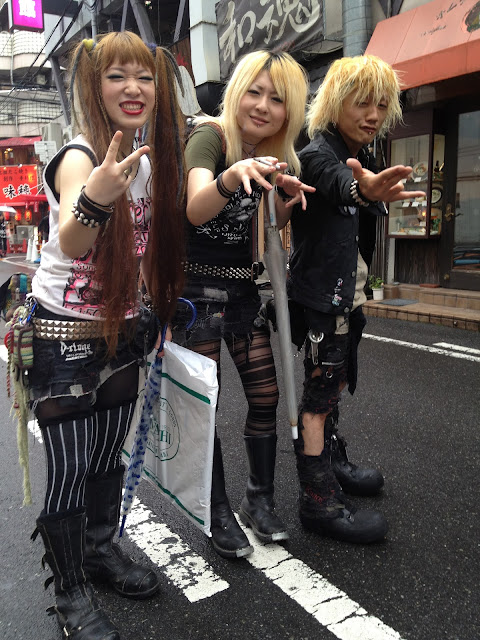 Later on, after sound-check, we were walking around by Dontonbori when we came upon a group of ten kids. I thought these three really looked great! 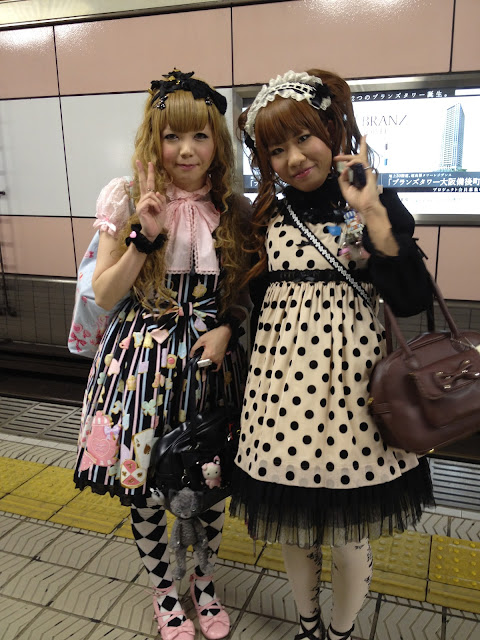 I saw these two going somewhere on Sunday morning. Actually, I saw many others too but everyone seemed in a rush so I didn't have the time to ask them for a pose. I will go to Osaka again soon and take more photos. 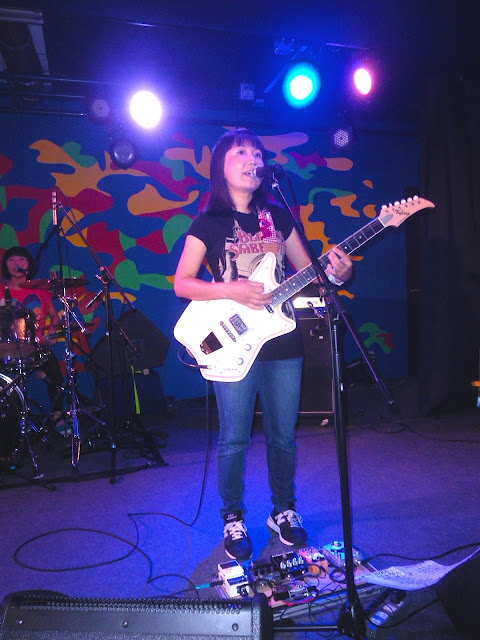 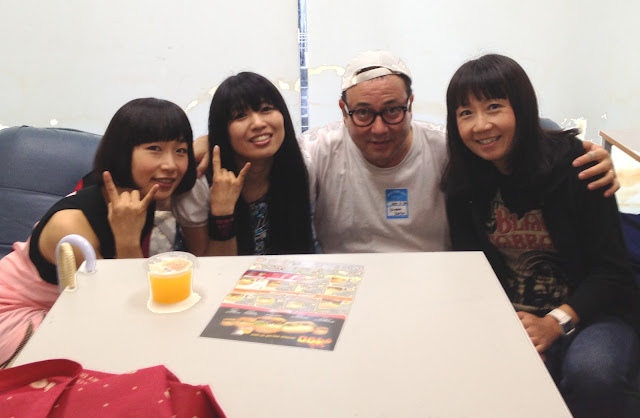 And here's the Shonen Knife video we made:

The Best Rock N Roll Band in Japan? The Privates?


The Privates are one of, if not thee most respected rock bands in Japan. The Privates are lead by singer, guitarist and song writer, Nobuhara Tatsuji. They formed in 1983.

The Privates have been famous in Japan for over 30 years. Here's some information. http://www.generasia.com/wiki/THE_PRIVATES

Anyway, my mates and I made their newest video. Here it is. It fucking rocks.

I hope you dig it!

The US Presidency is a Donut Shop - My Comments on the Candidates (Bernie, Don, Hillary)

People are arguing and fighting. It's all over the internet and Social Media... Why?

Let me paraphrase my drinking buddy, "Louie" to tell you how it is:

"The US presidency is just like a donut shop; every few years we get a new shop manager of the donut shop, but we NEVER see who owns the donut shop or the parking lot (That's the big banks, Oil companies and the Military Industrial Complex).

These new candidates for donut shop manager come in and always say the same sort of thing: "American's are fat! We need to become healthy! We need to eat more vegetables! We can change!" And the US public eats it all up.

Then, after the election circus for donut shop manager ends, the new manager comes in, and he can give lip service to "Change" and eating healthy," but it's just for show. If he doesn't sell the 24 box of glazed donuts, he's out of a frickin' cushy job." 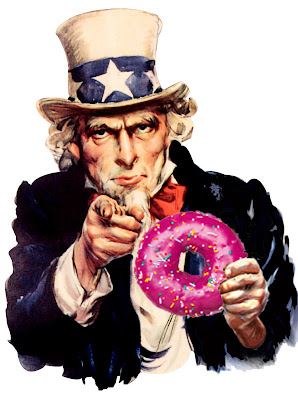 The public foams at the mouth supporting this candidate or that for donut shop manager. Some even take their days off and drive to "conventions" wearing ridiculous-looking hats and waving signs and screaming like idiots. Imagine that! What for?

So they can help their team win.

There's no way in hell that any new donut shop manager every 4 years is going to come in and change the business plan of the US corporation with over 150 years of imperialist history. It don't matter if it's The Don or Bernie. (Sorry, Bernie fans, but you don't serve as a US senator for over ten years if you are not part of the establishment.)

To think otherwise is delusional and ignores over 150 years of US imperialism.

How did that work out for you guys?

The system is corrupt through and through. All the donut shop owners (The Powers That Be) care about is if the people (proles) think their vote "matters." That's why we go through this circus (and mass media propaganda) every few years.

Voter participation has been going down steadily for decades. The day less than 20% of the people vote, is the day this system loses all credibility and authority (51% of 20% voters decide the president? 10.5%? That's how the Soviet Union fell down, remember?)

"If voting could change things, it would be illegal" is a saying sometimes attributed to Mark Twain... It is a saying that is at least 160 years old. Think about it. It pains me to see you getting suckered into this nonsense again. No offense, my friends.


Oh, I will admit that I think Hillary is evil incarnate, a criminal and scum-of-the-earth, hence she is the most qualified to be US president.

NOTES: 1) By the way, if you are from another country, don't think your government isn't a donut shop either... OK, maybe not donuts, maybe Belgian Waffles or Swizzle sticks.

NOTES: 2) Highly recommended reading: Aborting the Working Class by my good friend, David Cole.
takimag.com/article/aborting_the_working_class_david_cole/print#axzz4596I2GKb
-Thanks to Lew Rockwell for the inspiration the quotes and for waking me up to the farce. https://www.lewrockwell.com/

On last week's Cool and Strange Music Countdown I got thousands and thousands of emails from folks who just went crazy over the Hexstatic version of Nancy Sinatra's "These Boots Are Made For Walking." People wrote that they want to see more! (Okay, well, maybe "thousands" is a bit of a stretch! This is Coldcut and Hexstatic. Awesome!


It's Springtime in Japan! And what song always reminds me of Spring? It's Tom Lehrer! Thomas Lehrer is an American singer-songwriter, satirist, pianist, and mathematician. He has lectured on mathematics and musical theater. He is best known for the pithy, humorous songs he recorded in the 1950s and '60s.

This song is hilarious! Check out the lyrics of Tom Lehrer's "Poisoning Pigeons in the Park":

Spring is here, spring is here,
Life is skittles and life is beer,
I think the loveliest time of the year
Is the spring, I do, don't you? Course you do
But there's one thing that makes spring complete for me
And makes every Sunday a treat for me


Well that’s it for Cool & Strange Music for this week. As Mr. Spock would say, "Live well and prosper!" Have a great week! – Mike in Tokyo Rogers