The other day I went to Apple HQ in Japan. It is on the 40th floor of the Mori Building skyscraper in Roppongi.

I love going there because you can almost get a 360 view of Tokyo. 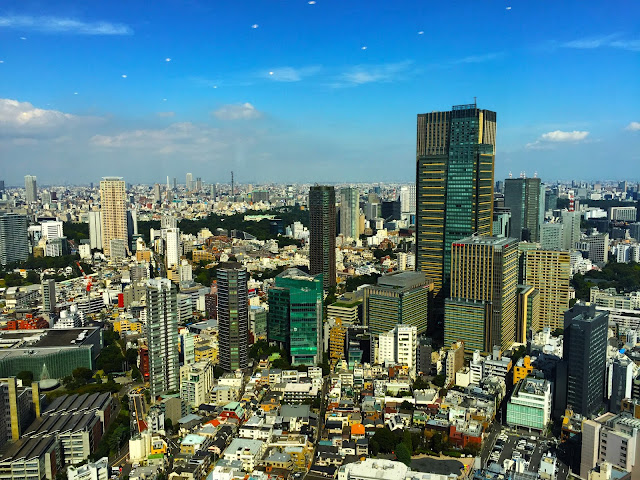 I remember when I first came to Tokyo about 35 years ago..... 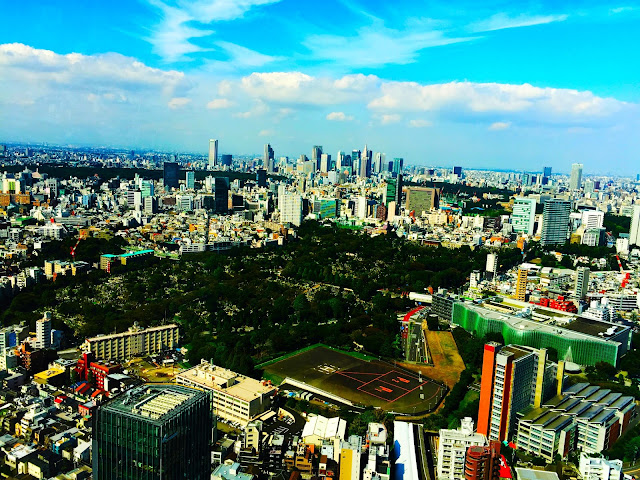 I worked in Shinjuku at the 55 floor Mitsui building (it's in that grouping of big buildings in the middle there)... 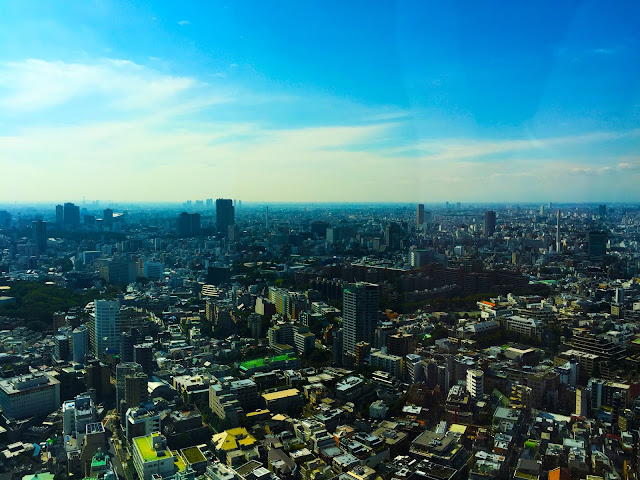 From that building too, you could see every direction from the center of Tokyo... 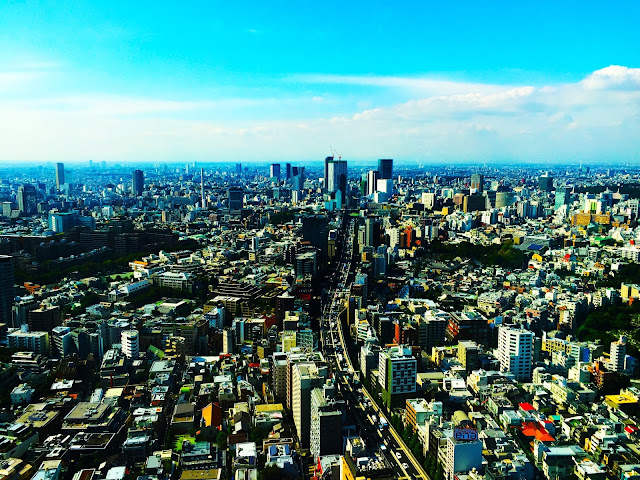 I thought two things: 1) Japan has lots of earthquakes but they build the high skyscrapers. And 2) Tokyo is the only city in the world where you can see buildings all the way to the horizon no matter which direction you look at it.


Welcome back to another episode of Cool & Strange Music for October 15, 2017! 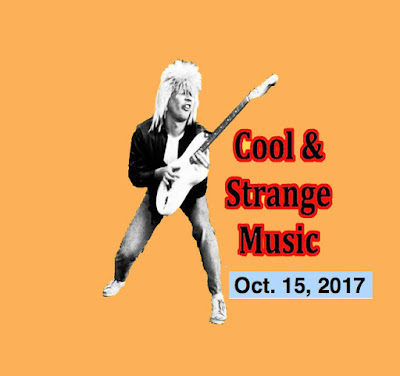 Once again, it's time for our monthly dose of Cool & Strange Music. Today I have a real variety of stuff for you... From Nutley, New Jersey to Cambodia to the Super-Cool and the outright bizarre.

First up is an act from Nutley New Jersey. Yes, there is a town in New Jersey named "Nutley" and the band's name is the Nutley Brass (Band). Folks, I can find no information whatsoever about these geniuses excepting they covered a bunch of Misfits and Ramones songs. Here they are doing their version of the Ramones' "I Wanna Be Sedated." They also do a hilarious cover of "Beat on the Brat."

Next up is Bubbles from the classic comedy show "Trailer Park Boys." What is Trailer Park Boys? Here's what Wikipedia says: "Trailer Park Boys is a Canadian mockumentary television series created and directed by Mike Clattenburg. The show focuses on the misadventures of a group of trailer park residents, some of whom are ex-convicts, living in the fictional Sunnyvale Trailer Park in Dartmouth, Nova Scotia...A few years later, actors who portrayed Ricky, Julian, and Bubbles purchased the rights to the show from the original producers, and created their own internet streaming network called "Swearnet."

No? OK. Well, you will. Trailer Park Boys was one of the very few things on TV over the last twenty years worth watching (and that ain't saying much.) But to give you an idea of the hilarious comedy these guys were doing, check this as Jim Leahy from the Trailer Park Boys talks with his best friend, Bim Jeam:

So, from that classic TV show, The Trailer Park Boys, here is Bubbles doing his rendition of David Bowie's "The Man Who Sold the World." Watch this carefully! Bubbles is amberdextrious?! Is this a video trick. He can play left or right handed?!

#3) Bubbles - The Man Who Sold the World
https://www.youtube.com/watch?v=40QSd6ZtZfk

Next up is a girl I met in London, England at the world famous Raindance Film Festival. Her name is Louisa Maria Baker and she is a singer-songwriter. Louisa has done an awesome cover of the Green Day classic, "Good Riddance (Time of Your Life)." This impresses me as I think it takes a LOT of guts to cover such a famous song. It takes rare talent to make that song your own.  She's done it with flying colors here!

And at #1 fresh off their successful debut American tour, is our favorite band from.... Cambodia! It's the Cambodian Space Project! Taa-daa! And this is their 3rd or 4th time on the countdown! The Word magazine says: “They sound as if they’ve just landed on Planet Rock from Mars and have taken a speed course in every conceivable variety of the music.”
Yep! And, of course, the Cambodian Space Project have a Facebook page. You know what to do: https://www.facebook.com/The-Cambodian-Space-Project-102538263132453/

Well, that’s it for today! Hope you have a great rest of the week and hope you stay Cool and Strange!

And if you like new music and alternative artists check out the weekly Top 3 here: http://robot55.jp/?s=Top+3+videos

Mike has been a professional music/TV/radio/anime-related program producer in Japan since the eighties. He began in the music business in 1977 as lead vocalist with the legendary Los Angeles Punk Band, “The Rotters” (Sit on My Face Stevie Nix.). As a university student, he was assistant to the legendary Rodney Bingenheimer (Rodney on the ROQ – KROQ Los Angeles from 1980 ~ 1981.)

Mike was the first and only foreigner in Japanese history to become the General Manager of a major Japanese broadcasting station (TV Tokyo owned InterFM). Has produced a few smash hit programs (some real losers, too!) and several of Tokyo’s highest rated and most famous radio programs. A recent hit program was “The TV Show” (Set Program with “Ninja Slayer”) which, between April – Oct. 2015, garnered over 10 million viewers. He is currently producing and hosting “WTF?” the hugely popular Sunday live show on InterFM 89.7.

And his life’s dream is his just completed full-length motion picture, “Ghostroads – A Japanese Rock and Roll Ghost Story”which will be released by a major Japanese motion picture company and is in theaters all across Japan from Autumn 2017. (See trailer here: https://vimeo.com/210533272) …

Oh, and Mike likes to write about himself in the third person!)

Folks! I have my nominee for "Best Website of the Year!" It is called "Birth Japan" (http://www.rakuten.ne.jp/gold/auc-birthjapan/) and it is a Yakuza Gangster Fashion and accessories site on Rakuten. Rakuten is the largest e-commerce site in Japan and among the world’s largest by sales. So, Rakuten is a name you can trust! (Insert diabolical laughter here.)

Don't believe me? Go to check this awesome webpage out RIGHT NOW! https://www.rakuten.ne.jp/gold/auc-birthjapan/

Birth Japan seems to be run by some (former?) Yakuza. On their website they say they've gone straight and so you can trust them too. Honest! 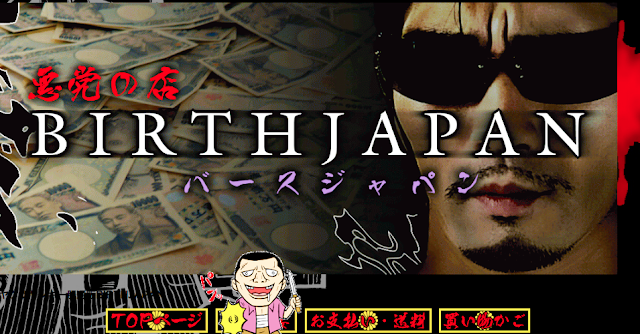 My best friend, "Ken" (not his real name), showed me the Birth Japan website yesterday and I loved it!!! "Ken", also told me that he had finally found his dream; his calling in life. He said he wants to become a Yakuza!

Wow! That's cool! Me too! I'm totally serious here folks. "Ken Nishikawa" (not his real name) has found the website of the year. I haven't had this much fun and been excited about a website like this since the early days of the internet. I'm being dead serious here ("Dead" in a "figuratively speaking" manner, of course) you will just LOVE the Birth Japan webpage!

I want to become a Yakuza too! And you can in an instant with Birth Japan! They even say so on their webpage!. And when you go to their webpage, they've got gun shots and cool suspenseful background music too - so you can feel like you ARE doing something illegal when you visit their pages! 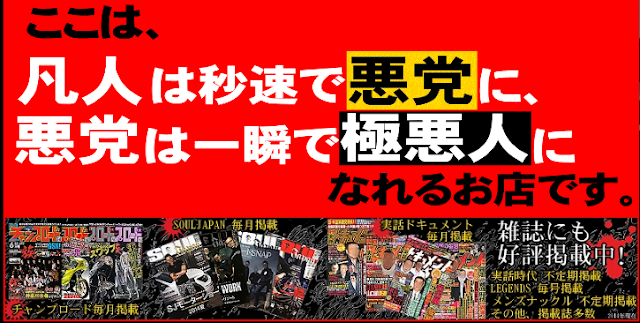 What are we waiting for? I'm in! 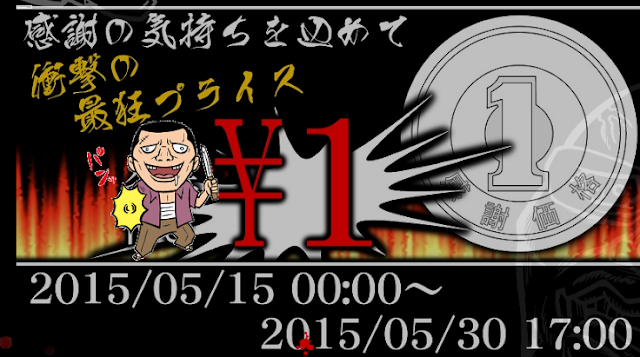 The above is a cool link from their webpage. It says that "Everything here (at this click) is only ¥1 yen but there is a, er, 'catch,' or a 'condition.'" Gee, I wonder what that 'catch' or 'conditions' could be?

Well, I trust these guys, so I'm going to click it... If I suddenly am "disappeared" then you'll all know what happened. 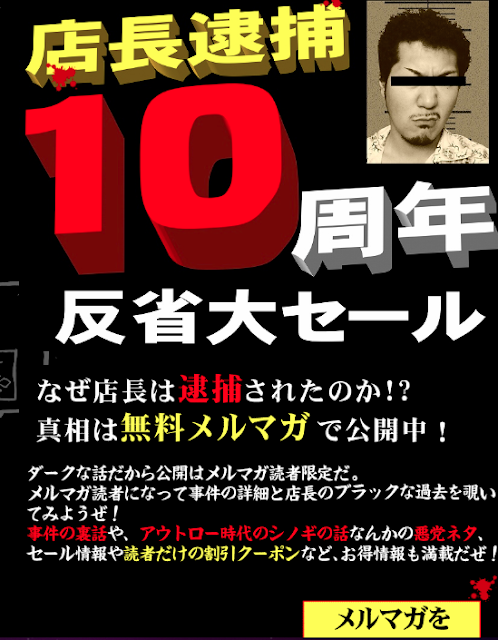 If anything, "Birth Japan" is a name you can trust when it comes to buying stuff from and looking like a Yakuza. The above shot is announcing their big 10th Anniversary Sale! It's the 10th Anniversary of the boss of Birth Japan being released from prison! You can also sign up for their mail magazine that is full of outlaw stories from the boss (before he went straight!)

This is really hilarious. These guys have a sense of humor! I love that photo of the boss at the top right! 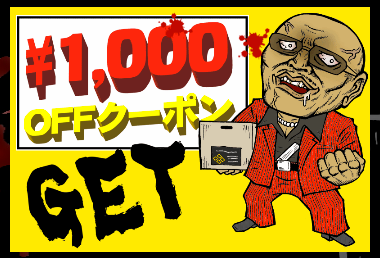 Keep your eyes open when visiting the site, there are discount coupons and all sorts of stuff flying by the screen at all times. It really does remind me of the fun sites from the early days of he internet. I really do dig Birth Japan! 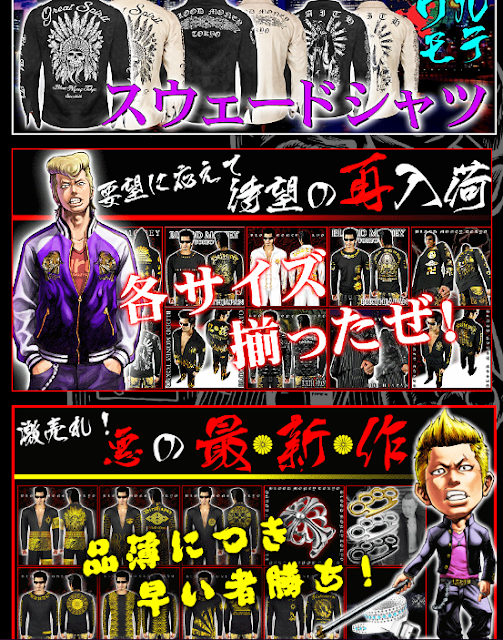 Check it! You can order a wide variety of fashions for Yakuza as well as accessories like sunglasses, chains, belts, shoes, boots, buckles, lucky charms, dog tags, etc. You name it. They got it.

And, if you buy it, WHAMMO! You become instant Yakuza bad guy! How cool is that?

Check it! Luxury for you and your favorite gangster and gangsterette! 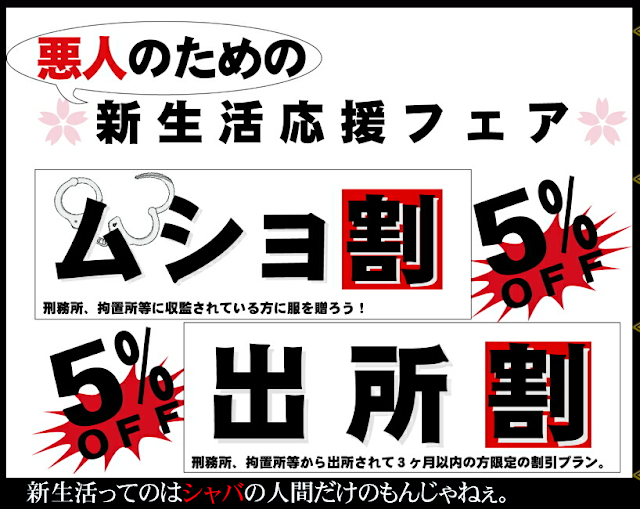 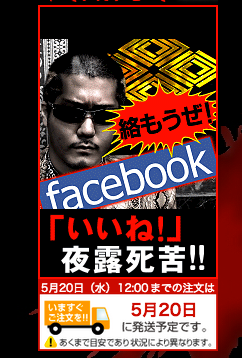 Hey, and if you know what's good for you, you'll go and "Like" the Birth Japan Facebook page! (https://www.facebook.com/893fashion)

There's a few hours of fun and cool stuff on the Birth Japan site. Here is their "Image Video." How cool!
不良ファッションブランド「BLOOD MONEY TOKYO」イメージCM その2 https://www.youtube.com/watch?v=jgLjO5Lxaqk


Check out the Birth Japan website. It's fabulous! "Birth Japan"
Tell them "Ken Nishikawa" (not his real name) sent you!
(http://www.rakuten.ne.jp/gold/auc-birthjapan/)

NOTES: Some folks reading this might think I am joking. And I am, a little bit. But I think the guys running Birth Japan might be genius. They could be onto something big here. Imagine of the Anime community found out about this? Birth Japan could become very wealthy.

Also, I have written about the Yakuza before and have no real complaints about them. They have always been polite and had manners.... They are much better than the government who, through coercion, extorts money from us at gunpoint and bombs kids in foreign countries. The Yakuza also follow a code of ethics.... The government? Ethics? Never in the same room or in the same sentence.