I Was a Teenage Collector's Item! (part two)


When I was young, I was in two bands. The first one was sort of famous and our records sell for several hundred dollars. The second band went nowhere at all. Our only single now is on sale for $1680 at auction. Go figure. Here's the link: http://bit.ly/2d3EM07
マイクは若い時に２つのバンドをやってた。ロッターズと、そしてもう一つの全然有名じゃないバンド。その２つ目のバンドのレコードがなんだかすごいことになっている。なんとまあ、コレクターズのレコード屋で１７万円！http://bit.ly/2d3EM07 （マイクは写真の一番右）

In January of this year, I found out that the only single of the second band we ever mad - a record that didn't sell at all - we couldn't give them away, was one of the top selling priced items at a record auction site in August of 2015, selling for $1350 (USD)!!!! I wrote about it in, "I Was a Teenage Collector's Item!" You can read about that here: modernmarketingjapan.blogspot.jp/2015/12/i-was-teenage-collectors-item.html

Now, today, it is going for even more money?! WTF? 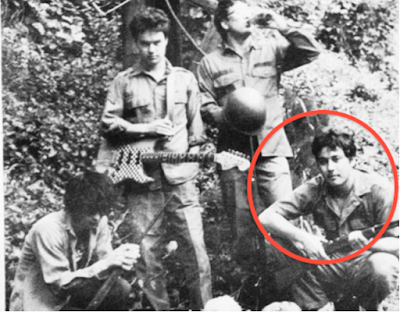 OH MY GOD! Somebody has actually put up on Youtube one of our songs! (I think this is one of the best songs I ever wrote - I Must Be Lou Reed was another one) "Things Dogs Do." https://www.youtube.com/watch?v=c5VbgTxFxSY