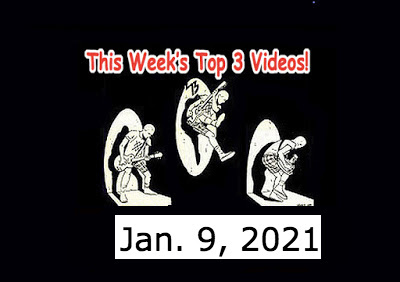 On Jan.6, 2021 we held our annual New Year's Party at Milkyway in Shibuya! It was a smash success! Today's Top 3 (4) videos are a celebration of that fab event plus another brand new band I just found thanks to Alex Kish of Wassup Rocker Radio!

First up is a band that brought the house down. They told me that I am the only one who is airing them on the radio! What??? Their name is Kelly Muff and they are a Trash Beat band! This band rocks!

Next up is a band from Kyushu Japan. They are called Hotspring. Hotspring are rock band from Beppu City, Oita Prefecture.

Next up is a new band called, Ulon. Fran Healy from Travis says, "I Love this song. Love this video." Ulon is from Tokyo and they rocked!
They only have a Twitter:
@ulonofficial

At #1 this week is a band that features two original members from the world-famous 5,6,7,8's! They are known as the Sleez Sisters! They paused for several years after releasing a record on Sympathy for the Record Industry, but are back now with a vengance!

SPOTLIGHT ARTIST! Today's spotlight artist is an artist that was introduced to me by Alex Kish at Wassup Rocker Radio! (https://www.facebook.com/wassuprockerradio) Thanks Alex! It is a four-girl band from Los Angeles. And I do mean "girl" as this hot band's ages range from 9-years-old to 15-years-old! Wow! Listen to the Mike Rogers Show tomorrow for a spotlight on the Linda Lindas!

This band is just "wow!" they remind me of the early Go Go's (I went to the Go Go's debut show at the Roxy opening for the Dickies, but, well, I think the Linda Linda's are even better than the Go Go's!) 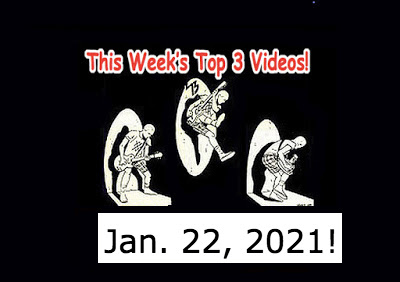