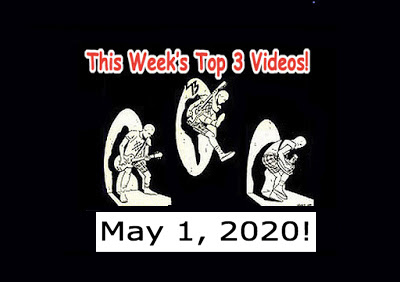 BIG NEWS! Please check my new webpage! You can check it out at www.MikeRogersShow.com! There you can find all sorts of information about the show AND my new Youtube page chock full of videos! Please check it out!

First up today from Japan is the eclectic and awesome Kinoko Hotel. Their Bio states: "A mysterious female-only music group founded around the genius Marianne Shinonome who handles all the songs. First album in February 2010
Cute and cool look, intense characters, music quality and explosive power at live performances. Punk / New Wave, 60's Rock and Roll, Progressive Rock, Latin Rock, etc., with a rich musicality that sublimates various sounds, it has spread widely beyond men and women of all ages, major/underground, and its addictiveness is high. Mushroom Hotel is "impossible music" that reminds us of the sensation of being heard like "the vision we saw someday." Ok? Got that? I think what they want to say is, "This band is way cool!"

Here is their Official Page: http://kinocohotel.org/


At #2 this week is a band that I featured on my radio show. The Pale Lips! Their bio states they are: "Drippy mascara slopped rock n' roll with sprinkles!" They are totally cool pop rock n roll!

At #1 this week is a video that was made for this Corona Virus craziness. It's the Baby Shakes from New York and and video for being stuck at home! Their bio states: "Baby Shakes are a rock n’ roll-punk band from New York City. Mary on lead vocals and guitar, Judy on lead guitar and vocals, Claudia on bass and vocals, and Ryan on drums. With catchy melodic vocals over dirty guitars and a killer rhythm section, their influences range from The Ramones and Slade to Chuck Berry and 60’s Motown girl groups. Formed in 2005, they’ve released 6 singles, a 10” heart-shaped EP, a singles collection, and 3 full length albums. They have toured the US, Japan, China, Ireland, UK and Europe. Baby Shakes have shared the stage with The Romantics, The Boys, Shadows of Knight, The Undertones, Buzzcocks, Barracudas, Protex, Black Lips, Rubinoos, Flamin' Groovies, Paul Collin’s Beat, Derv Gordon (The Equals), Iggy Pop, among others."

Oh, and I shot a video of them last November with my friend Rob Cook. I hope we can release it soon. I'm expecting it to be totally awesome!

#1) Baby Shakes - Am I Ever Gonna See Your Face Again:
https://www.youtube.com/watch?v=HQHrdWiEpcc&ab_channel=MaryBlount


SPOTLIGHT ARTIST! Today's Spotlight Artist is from Utsunomiya Japan! They have been getting heavy airplay on my radio show recently. I think something is going on with this band and they might break big soon. This band is hot! Their bio states: "Chisa - vocals/guitar, Kanako- bass, Naho Shibahara - drums. "Hi! We are Lucie,Too from Utsunomiya, Japan."

Also, I have a Patreon account! Please send over a few dimes if you like what I am doing and can help support me: Mike Rogers Show on Patreon! (https://www.patreon.com/user?u=20842243)

Oh, and he likes to write about himself in the third person! Past radio shows can be found on Mixcloud: https://www.mixcloud.com/mikeintokyorogers/