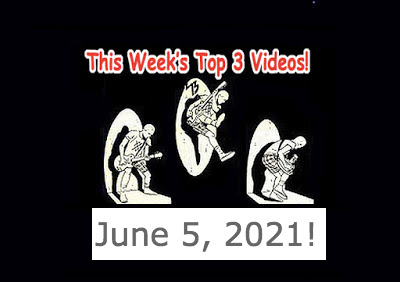 First up today is a band from Detroit called, Smitt E. Smitty & the Feztones. Their bio states: "Born and raised in Detroit. Moved to Boston in 1985. Played in The Blind, Zero Ambience, L-seven and Figures on a Beach. FOAB got signed to Sire/Warner Records and released music until the early 90s. FOAB disbanded 1991. Smitty joined Chainsuck until 1999. Smitty played in Fireking until 2017. Smitt E. Smitty is all Smitty, all the time."

Next up is Idestroy from the UK. Their bio says: "Missing the thrill of great gigs? IDESTROY are here to help fill the void. ‘We Are Girls’, the Bristol band’s sublime debut album (out February 12, 2021) is an adrenaline-fuelled joyride that fizzes with the spirit of sweaty live shows.Rife with swearing and sarcasm and steeped in camaraderie and attitude, ‘We Are Girls’ is a party-punk album made for moshpits - or, for now, pogoing at home. Dig deeper, however, and there’s sharp commentary in its ten spiky songs, from the ‘hands-off’ warning of punchy lead single ‘Petting Zoo’ to the title track’s ire at the obstacles faced by female musicians."

At #1 this week is a band from Los Angeles called, Egg Drop Soup. Their bio says: "Egg Drop Soup is an inyourface, unapologetic, all-womxn alt-punk trio based in Los Angeles. No-holds-barred feminism + furious guitar riffs, heavy low-end bass lines, and badass drum beats combine to fuel the sounds of them preparing for the end of the patriarchy. Their fiery brand of thrash punk-meets-metal-meets-doom-meets-surfy grunge makes way for unpredictable, intriguing, and entrancing songs that leave captive audiences wanting more (and perhaps wondering what just happened). These womxn are not f*cking around." 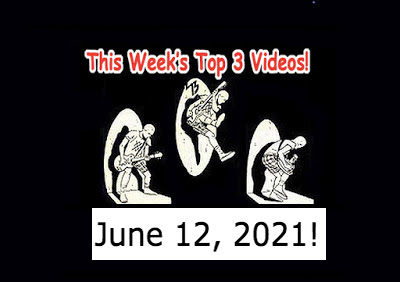