An ancient Zen Buddhist story goes like this:
A very wealthy family in China bought a large farm and built a beautiful palace upon it. They wished for good luck, health, and fortune, so they decided to ask a famous Zen priest to write a scroll for them to hang in their den. The priest accepted the job and went back to his temple to pray for enlightenment.
After a few days, the priest returned with the finished scroll and the entire family gathered around in great anticipation to see the words that the priest wrote for them. The priest said a short prayer and opened the scroll and hung it on the wall.
The scroll said: 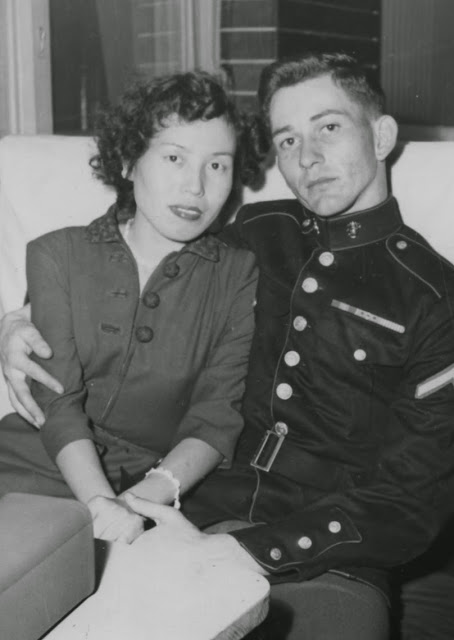 My mother and father sometime in the very early 1950s.

My mother died in 1994... and it still sucks, but she knew I loved her - I actually said so to her the night before... as such... I have no regrets, because everything that needed to be said was said long before.
Your mom knew you loved her as you know she loved you... you only have to say it a few times before everyone gets it.
It still pisses me off that she never saw her grandson, but that's life. Sometimes grand, sometimes sucky, but always life.
Sorry for your loss, but happy for your memory.

Wow! What a touching story. Thanks for blogging it. I talked to my mother once after she died. I hope to do so again someday.

Thanks for all the posts over so many years. This one was so very touching. I talked once to my mother after she died. Perhaps, one day, I will again.