We're back for another Top 3 Video Countdown! Today's show is a dedication to my friend, John Ferriter!

First up today is a new trio from Los Angeles, California who describe their music as, "Pop Rock, Surf Rock, Pop Punk" and they are called, The Tidal Babes! The Tidal babes describe themselves as, "FEMALE-FRONTED, DIRTY BEACH POP-ROCK FROM LOS ANGELES!"

At #2 on the countdown are two sisters from Sacramento who are returning to the countdown with their latest video! They are Dog Party!

Dog Party's bio states: "Dog Party! Catchy melodies, tight harmonies, fuzz pedals and big drums; what more could you possibly want in a rock and roll band? Formed in 2007 by sisters Gwennie and Lucy Giles, the duo draws influence from the classic sounds of the Ramones as well as contemporaries Ty Segall to synthesize their own unique style. Careful listeners will also notice a nod to bands like Cub and Tiger Trap, the former of Sacramento, CA lineage as well."

At #1 this week are the awesome Tearaways!

And there is something unusual about this band - I've met some of them more than 40 years ago! I used to be in a band and met John Ferriter, the bassist, when he had us on as guests on his radio show at UCSB in about 1979! John mentioned that appearance to me and I thought, "Uh, oh! Was I an asshole to him back in those days?" I apologized to John and he said, "No. You guys were alright." What a nice guy!... I'm pretty sure we were assholes!

Thanks so much, John, for more than 40 years of fun and rocking music!

#1) The Tearaways - The Wrecking Crew: https://www.youtube.com/watch?v=Dhl7g84ii6g

Of course, Shonen Knife have a Facebook page: https://www.facebook.com/ShonenKnifeOfficial/

You can hear these songs and more on my radio show this Sunday! Check it out! "The Mike Rogers Show” every day on a station near you!
Mike Rogers Show now on SIX stations across the world!
世界6ステーションで絶賛放送中のマイクロジャースショー！
UK: www.koradio.rocks
UK: www.popradiouk.co.uk
南アフリカ：www.bigindiegiant.com
カナダ：http://bombshellradio.com/
カナダ：www.woodyradio.com
ホンコン：http://radiolantau.com/ 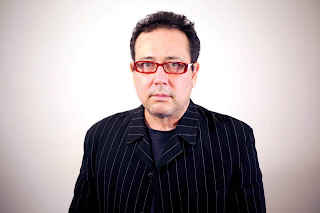