Wishing, hoping and believing. The three are close in definition. But there's a huge difference. I think people too often get them confused and use them interchangeably to their own disadvantage. I think it is best to know exactly what they mean. Words have meanings and using them incorrectly can cause a disadvantageous situation.


Wish is an intransitive verb. Merriam Webster defines "wish" as, "To have a desire for (as something unattainable)." Related words are, "crave," "hunger," "covet," "desire."

"Unattainable"? Well, that's no good. It looks to me here that "wish" is sort of a waste of time.

How about believing? "Believe" is defined as "To have a firm religious faith" or "to accept something as true, genuine or real."

I think, often times, that wishing and hoping can be a waste of time... Wishing is fine for children... Hoping too... But hoping, for adults, can be an awful waste of time.... I often hear from people at work situations that they "hope" things get better... Folks, "Hope" is a terrible business plan.

Hoping that things get better at work is like being a leaf on the ocean being blown every which way. Is this your plan for your future and for your families well-being? Hope?

Belief....Believing, and only believing, is the only one of the three that can deliver your hearts desire. Believing, along with doing the necessary preparation in order to achieve your beliefs, is what must be done.

Think about when the Wright Brother's made their first airplane flight or the old story in the bible when Jesus walked on water. It was impossible for man to fly. Did the Wright Brothers fly because of hope or because of wishes? No. They flew, in spite of all, because they believed that they could and they made the preparations in order to do so.

Also, instead of always wanting more and always climbing that mountain towards success, you also need to stop and make base camp. One cannot simply climb and climb Mount Everest. They must stop along the way to daily create base camp to rest before they can continue the journey the next day. You must do the same. You need to stop and to take an assessment of what you have and to give thanks to your loved ones and to your god.

I do this because, instead of always wanting and wishing, and hoping, or desiring things, I want to give thanks for the great things I already have. If I can wake up everyday and know in my heart, really believe, that I am one of, if not thee, most fortunate people in the world, I will create a positive and happy existence for myself and my loved ones and all the people who I come in contact with.

I have another friend who has an ill partner. We met the other day and I related this story to him:

When my 1 1/2 year old daughter was diagnosed as having a rare, deadly childhood cancer, I was devastated. She was given a very low chance of survival. That particular type of cancer is extremely rare and, in Japan, about 2 or 3 kids get it a year... Most of them die within the first 6 months.

I sought out the help of a professional priest to help me and guide me with the battle I was about to enter alongside my daughter and my wife.

One day, at the beginning when I was especially distraught and worried, I told the priest,

"I have realized how to cure my daughter and have come to understand the way. All I need to do is to get the doctors and nurses to believe, to really believe, in their hearts, that she will recover and then she will. That's what I must do."

To that, the priest replied,

"Mike! It doesn't matter what they believe. All that matters is what you believe."

Those words! That moment! It was like the skies opened up and god reached his hand down to me.

Of course! It was all so simple! Why didn't I see it sooner? It only matters what I believe! My belief can move mountains!

From then on, I didn't wish nor want, nor hope, that my daughter would recover from this rare and terrible disease, I knew. I knew it without a doubt. I also prepared and did what was necessary for that outcome because I believed.

That was 16 years ago. My daughter is now a healthy, happy, beautiful high school student looking forward to college someday soon.

She is only the second child to have ever overcome that cancer in Japan's history. She won't be the last. 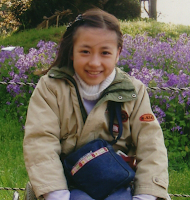 You can do this too. Anyone can. Like Jesus said, "All you need to do is to have faith."

From today, take account of all the good things you have. Be thankful for them. If you have a sorrow, then take account of that too and do what is necessary and what is required so that you can believe in a positive and good outcome.

The only things that can be borne out of fear and worry will be more of the same. Prepare and do what is necessary and believe in the positive outcome.

You can create your own reality. You can accomplish the impossible. And when you do, don't be surprised, you won't have been the first and you certainly won't be the last.

47 Later that night, the boat was in the middle of the lake, and he was alone on land. 48 He saw the disciples straining at the oars, because the wind was against them. Shortly before dawn he went out to them, walking on the lake. He was about to pass by them, 49 but when they saw him walking on the lake, they thought he was a ghost. They cried out, 50 because they all saw him and were terrified.

Immediately he spoke to them and said, “Take courage! It is I. Don’t be afraid.” 51 Then he climbed into the boat with them, and the wind died down. They were completely amazed.

So, hope is not a plan because it lacks preparatory action.
After concluding that so many video blogs where lacking, I wanted to return to good blogs. I believed that by checking back, I might find a new entry. It happened.

This entry is deep. I also like that it links to past blog entries that expand on Mike Roger's message. On ocassion, we meet/run-into people with a real life survival story. Sometimes, its luck because when they want to talk about can be tricky.