"May You Live in Interesting Times" - Sounds Like Fun, But it's a Curse!

"Life is really simple, but we insist on making it complicated." - Confucious

The Chinese have some really great, ancient quotes. "May you live in interesting times" is probably my favorite. It sounds like a wish for good fortune, but it's not. It's a curse. It's a wish for terrible things. When I was young (and much stupider than I am now), when I first heard, "May you live in interesting times", I thought it meant having fun. I thought it was "interesting" as in "going to see an interesting concert" or "watching a very exciting and interesting movie." I heard this statement and thought, "Yeah! Way to go, baby! Those Chinese know how to paaaaartay! That sounds fun!" 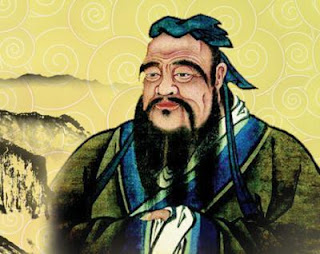 
Parties? Drinking? Having Fun? Meeting girls? That's sounds interesting to me. It wasn't until years later that I fully understood that when these Chinese wise men say, "interesting" and I say, "interesting" we are talking about two totally different things.

But, you know what? As you get older, you do realize how this knife cuts both ways. I'll bet that, if you were Polish in 1939, French in 1940, or Russian in 1941; or a German or Japanese citizen living in a big industrial city in 1944 or 1945 and being bombed every night, those were real interesting times.

I'm sure living in this neighborhood around the time this tank drove by was a real hootenanny! A regular Shindig!


Of course, throughout history there are millions of examples of interesting times... The black plague, the fall of Rome, the potato famine, the Great Depression, just to name a few... Heck, how about today? Today, there's more interesting things going on than you could shake a stick at: how about Iraq, Libya, Afghanistan, Somalia, Burma... And let's not leave out the United States! How about being one of almost 46 million people on food stamps or one of the more than 25% of all American children living under the poverty line or the more than 15% of all Japanese who can say the same?


There's so many people and places that are living through such interesting times that I can't even list them up! I'll bet wondering if you'll have food or electricity or even live until tomorrow is real interesting for those folks...


Yeah. Those all sound like real fun, eh? Real interesting every day and night. A real barrel of laughs.


"May you live in interesting times."


To be totally anal-retentive (like these scholars): Chinese culture is over 4,000 years old. The first records of writing in China are 1,200 years old. Some argue that most parts of the bible many use were written in the last 800 years. So to claim that the quote, "May you live in interesting times" - whose origins have been attributed to China for years (other old non-English speaking societies  also attribute this to China) - is not Chinese seems silly and pointless to me.


Who cares if you are living in such interesting times that you are worried about your skin or where you will sleep that night, what you are your children will eat, or if you are even going to wake up tomorrow?


There is, though, unarguable proof of another ancient Chinese quote that I believe is the root of this saying. That quote goes like this:


"It's better to be a dog in a peaceful time than be a man in a chaotic period."


If you can speak more than one language than I imagine that you can see how, "May you live in interesting times" and, "It's better to be a dog in a peaceful time than be a man in a chaotic period" Could have the same roots, or even be the same statement; or even be kissing cousins.


Anyway, does it matter?

Louis Armstong seems to be a guy who had a good time and a positive attitude all the time.


As Louis Armstrong would say, "You say eether, I say eyether... Let's call the whole thing off."


Yeah. What difference does it make? May you live in interesting times is most certainly a curse. It doesn't seem like it at first, and probably wouldn't to a young person, under 30... But when you get past 40 and you have kids and a lot of bills to pay and things to worry about, you certainly don't need more "interesting things" on your plate to worry about.


Damn Chinese! How could they have been so stinking smart so many years ago?


No. I don't want these interesting things happening to me. They can happen to other people. I don't care. But not to me. I want things to be boring and the same.


After work, I want to come home and eat dinner and relax. I don't want to head home and have the trains stop because of an accident due to someone committing suicide or a train crash. I don't want to come home and find out that the roof leaks, the car needs repair, people from the government tax office are coming over tomorrow, the neighbors are getting a divorce or that there was a fire down the street.


Sometimes, after work, I want to go have drinks with my friends. I want to go to the restaurant and eat nice food and laugh. I don't want to see people fight or fall down in the road dead drunk (especially if it's me). I don't want to come home and wake up with food poisoning in the middle of the night or with a hellacious hangover the next day either.


I want to spend weekends with the kids and family, if I can. It's okay to work on weekends, we all gotta work, but I don't want to work all the time. I want to wake up early on Saturday, write some boring blog posts (like this one), take out the boring trash, cook some boring breakfast and then take the family to someplace boring that they will have fun at (and I will probably think is pretty boring)... Spending time with the family is not risky, scary or dangerous. It's not supposed to be. Nope. It's boring and relaxing. I want to do that every weekend. I want things to be boring and the same.


In many ways, I want things to be boring and the same.


Now, with the economy going down the crapper and the European Union along with the Euro looking like it really is, finally, going to collapse, along with the US dollar; Japanese public debt at 229% of GDP... and just one year after the biggest earthquake in Japan's (the entire world's?) history, I don't want - I don't need - any more excitement or these sorts of "interesting" things happening in our lives...


I want to have a good job, a roof over our heads, warmth, security and clean food and water. I want to enjoy life and maybe have some fun along the way.


I most certainly don't want anyone, smirking Chinese philosophers especially, saying to me, "May you live in interesting times." This year is shaping up to be enough "interesting" for a lifetime.


Today? Have a good day. Be kind to those along the way and smile. Hug your kids (or parents) and stay alert.


Tomorrow portends to be another interesting day. Have a great one!

Good one. Right after seeing some natural disaster somewhere in the world or some man made one or just some people who have ended-up killing each other (and geez there is always something going on), I run into a friend and ask her how she is. She says it's boring. I ask her if she'd rather be in a disaster zone or war zone where life would be very exciting and interesting and she says: no. ;)

Thanks Murasaki san!
Yep! I usually say to people (when the subject is how bad or boring things are) "We'll, it's better than if we were in Iraq!"
Oh, and Happy New Year to you, by the way!

It reminds me of the question, is it better to have a long boring life or a short interesting one...

I think lots of people would ask, " is it better to have a long boring life or a short interesting one?..." when they are sitting around and not fearing for their life... But if they were on the edge of death, they'd be begging for life.

These times are all interesting...everywhere.