Groupon is a Disaster! What Did I Tell You?

I've been writing since last year that I thought Groupon was a flash in the pan and a crap company. I think my predictions are coming true and the recent news seems to bear me out. Read on!


Groupon has had many problems... recently, the worst being questionable accounting practices. But, besides that how could anyone think a business model built on SPAM email woud be viable? I didn't and I still don't. Groupon is nothing but an over-valued business model that is built on digital junk-mail, fer chrissakes!

Well, the results are in. The game is up. It is common knowledge now that Groupon is a disaster.


NEW YORK (AP) -- Only a few months ago, Groupon was the Internet's next great thing. Business media christened it the fastest growing company ever. Copycats proliferated. And investors salivated over the prospect of Groupon going public.
Today, the startup that pioneered online daily deals for coupons is an example of how fast an Internet darling can fall.
Groupon is discounting its expectations for the IPO that in June was valued as high as $25 billion. In a regulatory filing Friday, the company said that it expects a valuation that is less than half that at between $10.1 billion and $11.4 billion.
It's the latest twist for Groupon's IPO, which was one of the most anticipated offerings this year. In June, after Groupon filed for the offering, the SEC raised concerns about the way it counts revenue. Then the stock market plunged.
Now Groupon faces concerns about the viability of its daily deals business model. The novelty of online coupons is wearing off. Some merchants are complaining that they are losing money -- and customers-- on the deals. And competitors are swarming the marketplace.
"Groupon is a disaster," says Sucharita Mulpuru, a Forrester Research analyst. "It's a shill that's going to be exposed pretty soon."
"Exposed soon"? Are you kidding me? Let me brag. I exposed Groupon many times in the past.
Let me recite just a few of them for your convenience:
Jan. 19, 2011: Groupon CEO Insults Japan With Simple Minded Apology
Jan. 20, 2011: Obsfucation from Groupon Japan?
Jan. 20, 2011: Groupon CEO Insults Japanese With His Callous Apology - Part 2 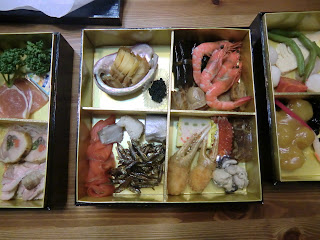 Feb. 08, 2011: Groupon Does Something Stupid Again! What Did I Tell You?
Feb. 10, 2011: Groupon Image and Branding is Horrendous
Feb. 13, 2011: Is the Boycott Groupon Movement Anti-Business? No!
Feb. 21, 2011: More Trouble for Groupon in Japan - Again!
Feb. 23, 2011: Groupon Ex-Partner Chimes In
August 02, 2011: The Great Groupon Japan Disappearing Act
My, I am surprised to see that I have been kicking Groupon so much. But then again, it is easy to kick such a poorly run and inept company. It is also fun to do so when their management are so brash and conceited.... Especially in Japan.
As I predicted long ago.... Groupon is a flash in the pan and their business model is not good nor sustainable. Any good business deal must be beneficial for all parties concerned. Businesses were losing big money on Groupon and the promised repeat customers generally didn't materialize.... Many companies actually lost customers and reputations!
I have an idea though, why doesn't Groupon give out 50% ~ 80% off coupons on their IPO?


If that fails too, then they can stick that in their liberal refund policies! I predict that their IPO will be the failure of the decade.
at October 22, 2011

Mike, they took your advice. They lowered the IPO by 60%. They should pay you a consulting fee.

The business model is fatally flawed. To the small business clients, Groupon says they'll get you loyal customers who will pay full price once after the promotion. To the online customers, Groupon says they'll never pay full price again. Not surprisingly, both clients and customers are unhappy. Some of my friends have tried Groupon but were unhappy with the experience because they felt the business owners did not appreciate them redeeming their "Groupons". Business owners who tried Groupon are unhappy because the people using them did not become return customers and pay full price. Why would they? The method targets precisely those people who do not have the propensity to be loyal specific establishments. Folks, I would have said this is just Econ 101 but it is simpler than that--it's just common sense.

My prediction: one year from now, the share price will be 10% of the IPO price, max. For those of you thinking of buying in, I've got a slightly used but famous bridge that's for sale.