Non-Alcohol Beer and Other Crimes Against Humanity


There's some things in life that just ain't right. That includes an unfaithful woman, losing your wallet; a dog that won't bark or a pickup truck that won't start on a cold Texas morning when you're late for rustlin' cattle...

Or how about the girl that broke your heart at the big high school dance reunion?

Sure. We've all had one of those.

Heck, a few of us have had more than our fair share.

I know I have.

But there's one thing that is even worse than all those bad things put together and that's non-alcohol beer. Drinking Non-alcohol beer is like smoking low nicotine cigarettes: I mean, what's the point? 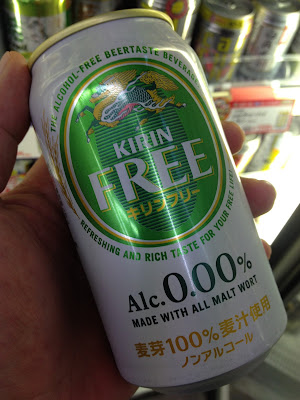 One of the main culprits in Japan

Like my good friend Taro Furukawa, who still smokes 17 mg. high tar and nicotine cigarettes, once said to a friend who was smoking those new-fangled low nicotine 1 mg. filtered light cigarettes, "What's this? You either smoke or you don't smoke! One mg. cigarettes are for kids!" 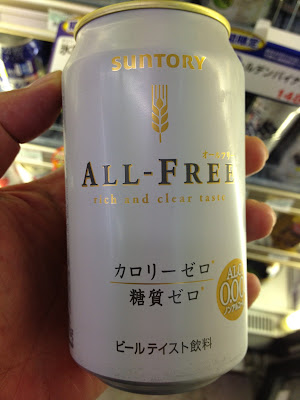 Even the can looks unappetizing!

Now they've got non-alcohol beer. That just disgusts me to no end. What's the point of drinking beer if you don't get a buzz? I mean, drinking American beer is bad enough with its low alcohol content of 2.5% alcohol... But 0%!?

What kind of sick and twisted mind could conceive of such a thing?

It's also getting out of hand. You know that things are upside down in this bizarre world we live in when even your doctor recommends that you cut down on alcohol by drinking non-alcohol beer. My doctor did just that the other day! He told me to drink non-alcohol beer.

I told him that I drink non-alcohol water. Why? It doesn't have any alcohol either and doesn't cost $1.50 a can!

WTF? I think it's time to find a new doctor! Whatever happened to to old west type of doctors that we used to see in the cowboy movies? You know, the type that drank whiskey and was drunk all the time. Now that's my kind of doctor! 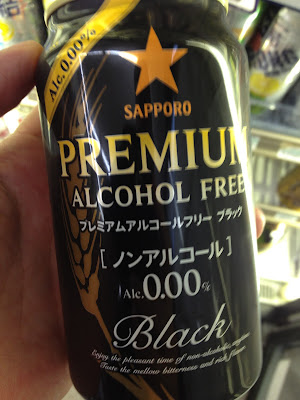 Riiiiiiight! Dark alcohol free beer? You gotta be kidding me!

If you really stop to ponder the situation for a minute, you'd realize that no sane thinking man would intentionally start out to make non-alcohol beer.

If there wasn't proof of the existence of Satan, then I'd ask that you consider the existence of non-alcohol beer as incontrovertible evidence that the prince of evil must be working on some idle minds out there.

See? This non-alcohol beer business has to be an accident!

I guess it all started with Decaffinated coffee. A handy internet search tells me that:

"The decaffeination process was developed by Dr. Ludwig Roselius of Bremen, Germany. The process requires either water processing or chemical solvents like ethyl acetate and benzene to remove caffeine."

So some crazed German mad man scientist out to destroy civilization actually developed the process to make decaffeinated coffee on purpose!? And he put benzene in the coffee????

I think this benzene stuff is poisonous, isn't it? Let's see what Wikipedia says about Benzene:

"Benzene is a natural constituent of crude oil, and is one of the most basic petrochemicals. Benzene is a colorless and highly flammable liquid with a sweet smell. It is mainly used as a precursor to heavy chemicals, such as ethylbenzene and cumene, which are produced on a billion kilogram scale. Because it has a high octane number, it is an important component of gasoline, comprising a few percent of its mass. Most non-industrial applications have been limited by benzene's carcinogenicity."

OK... So what's the downside to the argument?

Get my point? This decaf nonsense and its bastard three headed love child, non-alcohol beer, need to be eradicated with utmost prejudice....

Today, at the store, I saw the next generation in the decline of western civilization. No, you can't make this stuff up... 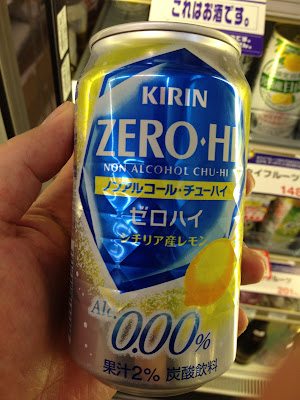 Jesus! That takes the cake! What a disgraceful and disgusting idea... Someone kill me, will ya?

I wouldn't be caught dead holding one of these...

Thanks to Ken Nishikawa for pointing this atrocity out to me at the super yesterday!

Decaf coffee, non-alcohlic beer... These are pretend products: for kids who want to play grownups. Adults will overpay for them to convince themselves they are "cutting back" rather than save money and drink water. It's an expensive crutch. It's as if most adults are children when it comes to managing money.

Geezus Mike... what's with you? You quit smoking and now possibly drinking? Mike... a word or four for you: Nobody likes a quitter.

I agree about non-alcohol beer? Really? Why are you drinking it then? Because it tastes good? No it doesn't! There are so many other beverages out there that taste better than beer. Like rum. Coke (not Pepsi).
It's like smoking Menthol cigs - ugh! What are ya 12?
Stay thirsty, my friend.

@Andrew Joseph: "Nobody likes a quitter".
That made me spray my (alcohol-included) beer all over the keyboard. Thank you very much.

I don't understand the hate on alcohol-free beer.

1. I believe Kirin identified the social situation that - very much like Harry Potter - shall not be named especially for Asians. Not everyone wants to drink alcohol when they go out but the societal pressure is huge.

Add to that a physical reason: compared to Caucasians, 67% of Asians (and that includes Japanese, Koreans, Chinese, and even Native American Indians), have either one or two defective iso-enzymes, ALHD2, which churns out acetaldehyde almost immediately upon consumption of alcohol. It's the stuff that often is the cause of hangovers, causes many with the ALDH2 isoenzyme to experience unwanted facial flushing, and is a carcinogen (which explains why moderate drinkers with the defective iso-enzyme experience esophageal cancer rates 600% to 2000% greater than the norm.

2. There's also a limit to how many sugared soft drinks one can tolerate especially if they do not have a sweet tooth. And, compared to the ubiquitous Oolong tea, fake beer is sometimes welcome relief.

3. Some might argue that Diet Coke was a similarly evil substitute for the "real thing" when it was first introduced in the 80's - however, many people now prefer it to the original version.

4. I understand there are some real beer connoisseurs out there who'll make a wry face as they decry the lack of flavor and soul compared to the real thing. However, I have yet to meet someone like that. Lots faking it of course. Case in point would be the numerous pallets of free Bud and Miller that were handed out at yesterday's US Friendship Day Festival at the US Embassy Compound. I had yet to spot a friend who'd turn it down as they'd rather get a real beer.

If you can drink Miller or Bud, then don't try to make out that this new fake beer is so awful it makes you want to puke etc.

Thanks Anon!
No. Can't drink Miller or Bud. If you're going to drink beer, then drink good beer... Those will come from Japan or some European countries. American beer? You must be joking!

PS: You can bet your bottom dollar that I would turn down the free American beer... I don't drink that stuff. Off the subject for a bit, drinking cheap assed shit is a good way to get sick...If you're going to drink (or do drugs) then do quality.... That's why Keith Richards is still alive today. He never did cheap shit.