By Mike in Tokyo Rogers
Probably not so many people in Japan have the same trouble with Twitter that I do  because, in Japan, Twitter is a new thing and still not that many people are using it (though it is doing well). Most Japanese follow Japanese people (of course) and, since Twitter is relatively new here, it isn't filled with so much noise like I've been noticing coming across Twitter from English speakers recently. I hope that today's short blog makes you consider and think about your own experiences.

I don't like what I am seeing from many Twitter users in the west.
I mentioned in a previous post how 60% of new Twitter users drop off in the first month and how that spells bad news for the future of the business. But today I'd just like to write a short blog about two things on Twitter that I really don't like and that I've been noticing more and more of in these last few weeks.
I'd like to think this information can be useful to anyone in marketing, bloggers, advertising, PR, Social Media, people who U-Stream, Pick, YouTube, video blog (vlog) and business in general people in Japan. Anyone who thinks or plans on using Twitter for any sort of promotion in Japan should think about this.
What's the problem? There seems to be a huge surge in what is being called "Twitter Junk Mail."  "Twitter Junk Mail and "Twitter Spam" seem to be different animals all together. Whereas Twitter Spam is malicious, Twitter Junk Mail is automated Twitter posts that are generated by computer and ask us to buy something or direct us to some sort of sales gimmick. Sometimes I will get 10 Tweets in a row, all within a few seconds of each other, all from the same person (no one can tweet that fast) and all asking me to buy something.
I always stop following those accounts immediately... Frankly speaking, I've been spending most of my time on Twitter recently canceling accounts that I followed.
These things - from the west - seem to be exploding on my Twitter account. How about yours?
Most of these Tweets ask me to go see some new and exciting way to make money on Twitter. One recent one - that really motivated me to write this - was a sales method that guaranteed that I could get my Twitter followers up to 20,000 ~ 40,000 people by paying money. There have been several others that claimed that I could make $30,000 a month doing Twitter from my desk! They often ask me to watch a video or short presentation as to how I can make money convincing people to sign up for these pay-as-you-go membership drives.
One of the pages that I clicked showed that if I wanted 1,000 new Twitter followers then it cost $400... If it were 2,000 new followers, it would be $500... The prices kept going up, with guaranteed results, to 50,000 followers.
When I would check the Twitter page of the person who joined my group (why they joined my Twitter group is as much a mystery to me as it is to you) and told me about these wonderfully fantastic ways of making money with Twitter, I could see that they had, say, 8,000 followers and were following 8,000 other people. This, seems to me to be a sort of scam and defeating the purpose of Twitter.
Why anyone would want to pay for a bunch of uninterested followers that have no connection or interest in them is beyond my comprehension. Also, what good is following someone on Twitter when you are also following 20,000 other people?

Junk Mail in your mailbox or Junk Mail on Twitter, what's the difference?
Is having 20,000 followers a sort of bragging right? Perhaps you could make money on this for a short time conning people who are unfamiliar with how this all works (yes, there's LOTS of those still) but this scam will not last long.
It's like getting high rankings on an Internet chart or something by sitting at a desk and clicking on your choice a few million times. Sure, the ranking is good, but it really means nothing.
The purpose of Twitter is to keep up on the latest news of your close friends and family and other topics that interest you. Following 20,000 other people and having 20,000 people following you seems like having a post box outside your home crammed and ready-to-explode with 20,000 pieces of crap direct mail that no one is ever going to look at.
Why would the postman keep delivering to a mailbox like that?
This reminds me of the early days of Myspace. I remember an artist named Cary Brothers coming to the studio a few years ago. Cary was a very nice guy and his music was contemporary.
Before he came to visit me at the studio his company record promoters (I think it was Warner Records) had told me that, "Cary Brothers was a sensation on the Internet and he had a million fans on Myspace!"
That was his claim to fame and why they signed him.
When I met Cary he told me that he had spent 8 hours every night, night after night, for over 5  years contacting people on Myspace and asking them to join his fans group on Myspace.
Now, not to detract from Cary Brothers at all as he was one of the earlier musicians to recognize what Myspace can do for an artist, and he is a very talented, intelligent guy (for at least recognizing that these record company executives still haven't a clue about the Internet), but I do want to trash the record company for being so dim about how Myspace works.
On Myspace, generally speaking, unless you are very famous, then you have to go looking for fans; they rarely come to you. What I mean to say is that Bono is not sitting at his computer trying to get people to listen to the new U2 record... But an unheard of artist like Cary Brothers at the time had to ask people to join him in order to get people to sit up and listen. Myspace is a reciprocal SNS service so it is generally as sort of, "You join my Myspace and I'll join yours."
That was in the early days of Myspace when everyone wanted tons of "friends." At that time, pretty much everyone accepted anyone as a friend.
So, I do not want to detract from Cary Brothers as he put in the time and made the effort to create a buzz... I hope that, if you are a good artist, and have great tunes, and you are willing to dedicate yourself fully to thousands of hours in front of a computer then you can get results... If you do, you vindicate the Long Tail.
But to think that someone on Twitter who has, say 10,000 followers, and is following 10,000 themselves is some sort of measure of popularity is, I think, nonsense.
In my opinion "Popular on Twitter" would be someone who has a huge number of followers and very few people they follow.
Here's a good example of a serious, credible Twitter account: 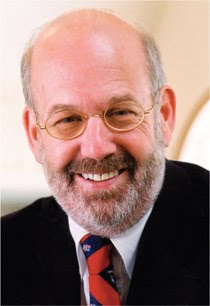 Lew Rockwell has 3,625 Twitter followers, yet only follows 22 people
Lew Rockwell has 3,625 followers and yet he follows only 22 people. These are the kinds of numbers that make sense. These other people who have several thousand followers and several thousand that they follow are here today, gone tomorrow. Trust me.
This scam on Twitter, plus poor retention, is going to spoil Twitter's future. Can they do something about it? Or will they wind up another "Also-ran"?
I predict "Also-ran" like Myspace.
-------------
Keywords: marketing, Pick, Social Media, business, Twitter Junk Mail, Myspace, PR, advertising, Japan, Twitter, Japanese, Lew Rockwell, followers, bloggers, U-Stream, video blog, vlog, Youtube, Twitter Spam,
at July 10, 2010