A Picture Speaks a Thousand Words...


Why US policy is a failure in the Middle East... 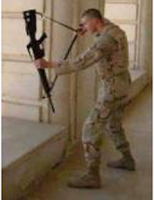 Why Central Bank policy is a failure all over the world...

(That's me - or at least how I feel when I'm at work most of the time....)
Actually, though, this photo went along with an article about how Central Bank intervention and currency manipulation won't work....

Also for your reading pleasure (sorry folks, been super busy and haven't had the time to write! Will later today.... Maybe...)... Try reading these on for size... I'm extremely bearish on everything except precious metals... The yen? Get out while you can!

In the most anticipated (and likely most strawman/leaked) policy actions, the BoJ and the Japanese government (still independent entities theoretically) have unveiled the new monetary policy to complement the $116bn fiscal stimulus plan to boost growth:
With epic amounts of JPY shorts and NKY longs, JPY was notably bid versus the USD (from Friday's close) going in, 30Y JGBs bid relative to 10s, and the NKY and TOPIX were leaking lower. Now is the time to see just how effective this efficient market is at pricing in the stabilization-to-retaliation phase of the current actions. Though of course, there is no intent to cough-'weaken'-cough the JPY:
So, as expected, the BoJ joins the Fed and ECB on the unlimited "open-yended"(TM) printfest bandwagon. So far JPY is not totally impressed.

Germany and Japan have a long tradition of cooperating, at least when it comes to various iterations of world war, generically in the conventional sense (and where they tend to end up on the less than winning side). Which is why it may come as a surprise to some that earlier today German politician Michael Meister launched what is now the third shot across Japan's bow in what is rapidly escalating as the most dramatic case of global currency warfare between the world's net exporters (at least legacy net exporters: thanks to Japan's recent political snafus, it has now become a net importer as it is rapidly losing the Chinese market which accounts for some 20% of its exports) which started as long ago as 2010 when it was quite clear that currency warfare is what the insolvent world can expect, before it devolves into outright protectionism, and finally regular war as Kyle Bass explained recently. To wit: “What can Japan’s competitors do?” Meister said today in a telephone interview. “Either we’re all smart and do nothing, or we follow suit and create a spiral that hurts us all.”

Got precious metals? Silver Bars Being Secured By HSBC – Buys $876 Million Worth From Poland