Images of Mt. Fuji and Isehara, in Kanagawa, Japan at New Year


Isehara is in Kanagawa, Japan. The capital is Yokohama.

This New Year I went there to spend time with the in-laws. I took some photos and wanted to share them with you.

There aren't any New Year's at the Shrine photos because I want to keep more of that sort of thing private.

Here's just a bunch of photos in no particular order with a brief explanation. As usual, you are welcomed to use these photos for free as you wish. I like these photos and whenever I take stuff like this I think, "Damn! These iPhones take great quality photos!" 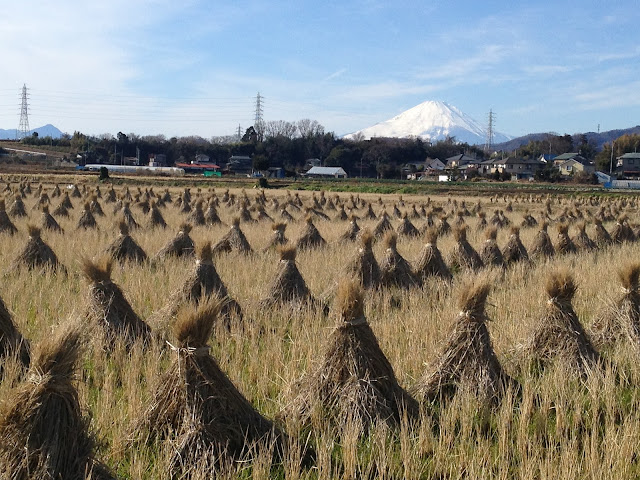 I took this photo while driving the car. It reminds me of the "36 Views of Mount Fuji" woodblock prints by Hokusai. 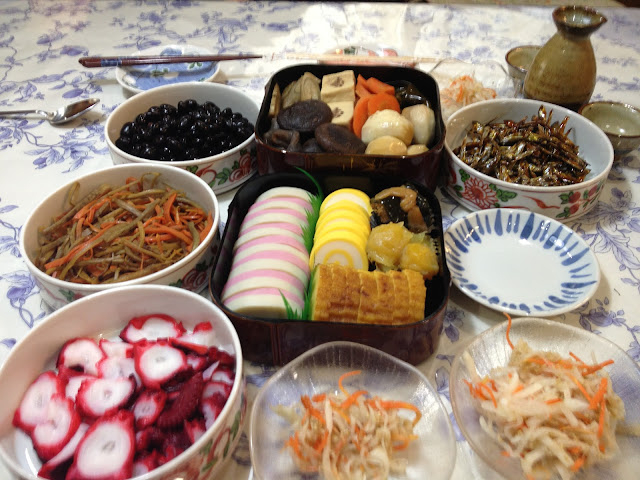 In America, people eat Turkey and stuffing for Thanksgiving and Christmas and the holiday season. In Japan, they eat "Osechi Ryori." 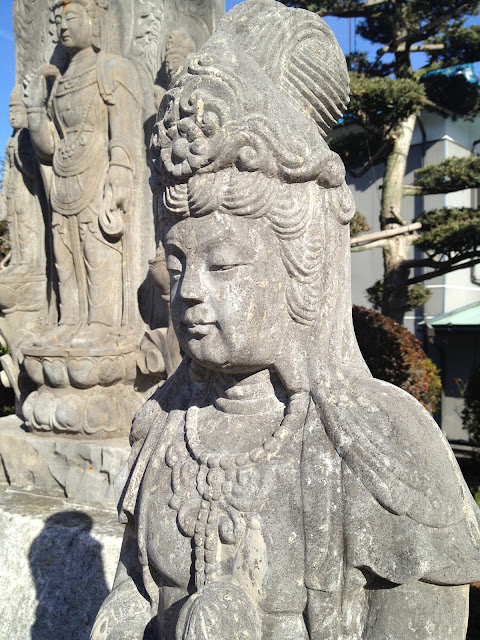 A statue of the goddess of the sun of Japan's own Shinto religion, Amaterasu, at a Japanese temple. 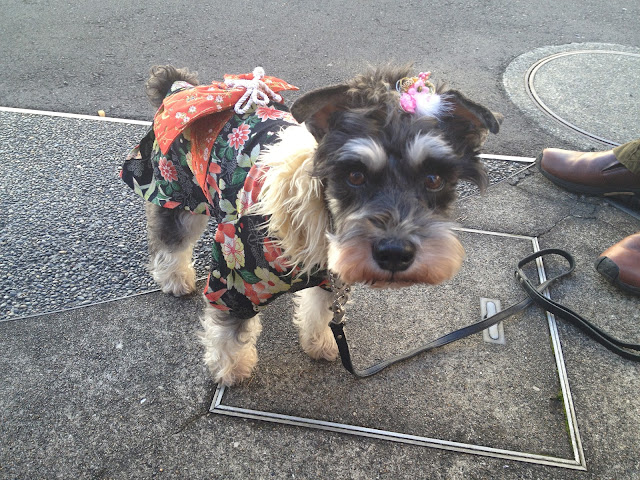 No, really. That is my neighbor's dog dressed up in a kimono for "Hatsumode" (visiting the shrine for good luck for the first time in the new year). Really, this dog has all sorts of wardrobe. 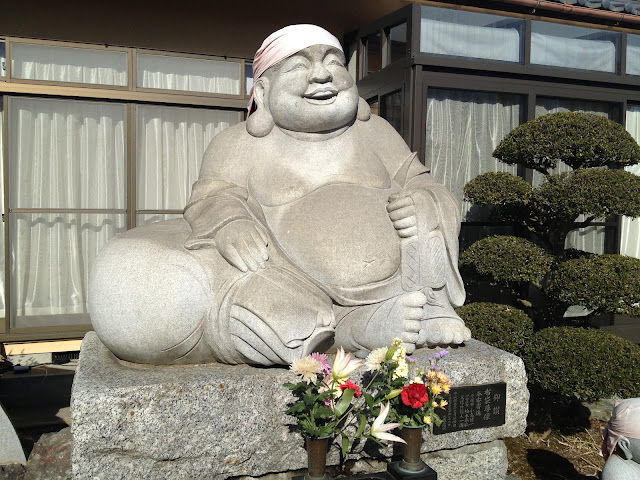 The laughing buddha, Hotei. Hotei is traditionally is a fat bald man wearing a robe and wearing or carrying prayer beads. He carries his few possessions in a cloth sack. He is very poor but very happy. He is often depicted entertaining or being followed by adoring children. His figure appears throughout Chinese and Japanese culture to represent happiness. I think Hotei is probably the most recognized of the Seven Gods of Fortune.

One of my very favorite Zen Buddhist stories from Zen Flesh, Zen Bones involves Hotei. It is called "The Happy Chinaman" and it goes like this:

The Happy Chinaman or Laughing Buddha, Hotei, lived in the T'ang dynasty. He had no desire to call himself a Zen master or to gather many disciples around him. Instead he walked the streets with a big sack into which he would put gifts of candy, fruit, or doughnuts. These he would give to children who gathered around him in play. He established a kindergarten of the streets.

Whenever he met a Zen devotee he would extend his hand and say: "Give me one penny."

Once as he was about to play-work another Zen master happened along and inquired: "What is the significance of Zen?"  Hotei immediately plopped his sack down on the ground in silent answer.

"Then," asked the other, "what is the actualization of Zen?" At once the Happy Chinaman swung the sack over his shoulder and continued on his way. 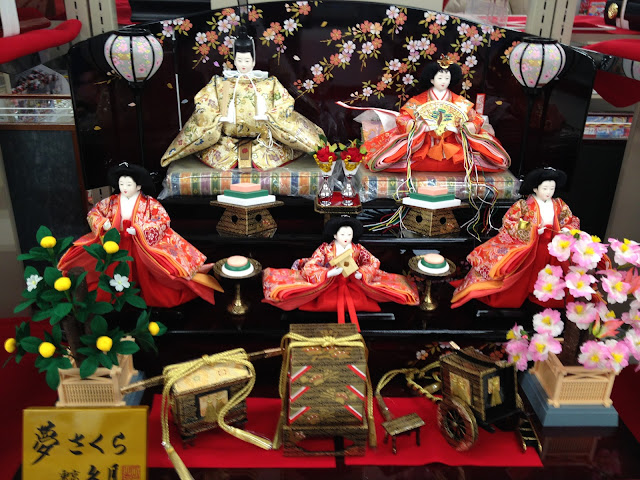 It's only January and the department stores have already put out displays for Children's Day in Japan. Here is the traditional Japanese prince and princess doll set that every little girl in Japan has in some form or another, no matter how rich or poor. 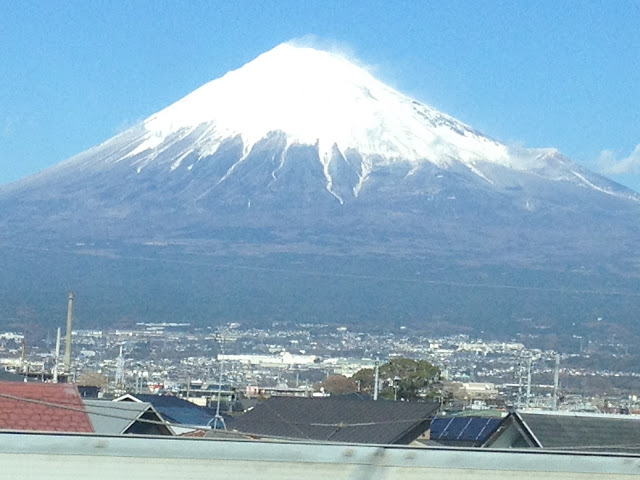 Mt. Fuji from December 6th 2012 when I went down to Shizuoka and met children as Santa Claus last year. Thanks kids! Santa loves you and will visit you at home this year! 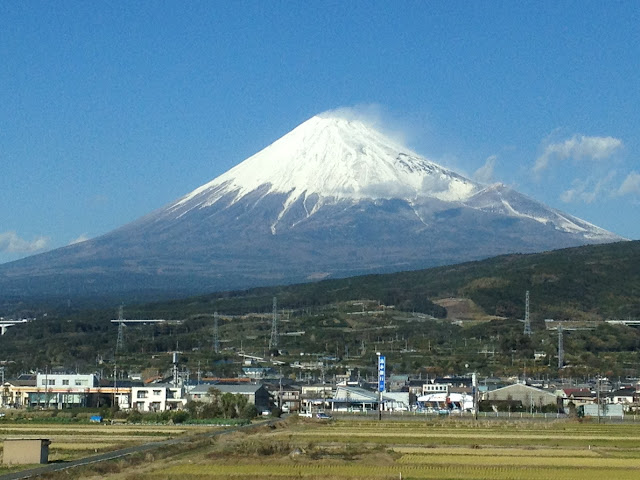 Another view of Mt. Fuji 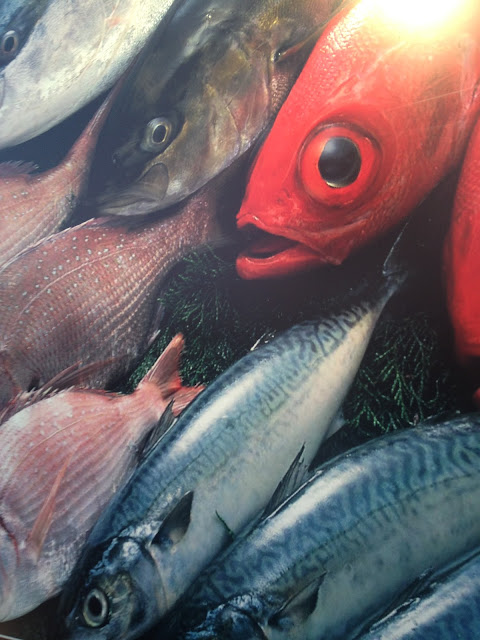 Every New Years at the in-laws it's sushi! I love it! 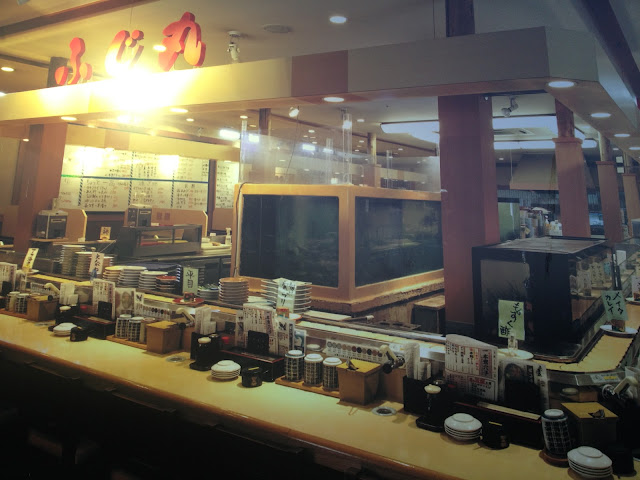 And the best thing about going to sushi is that I like to be the first customers there. They open at 5 pm, I'm there at 4:45.... When there are no other customers, there's no waiting. It's the best!

I hope you are still enjoying the New Year Holidays! I'm back to work tomorrow am!!!! 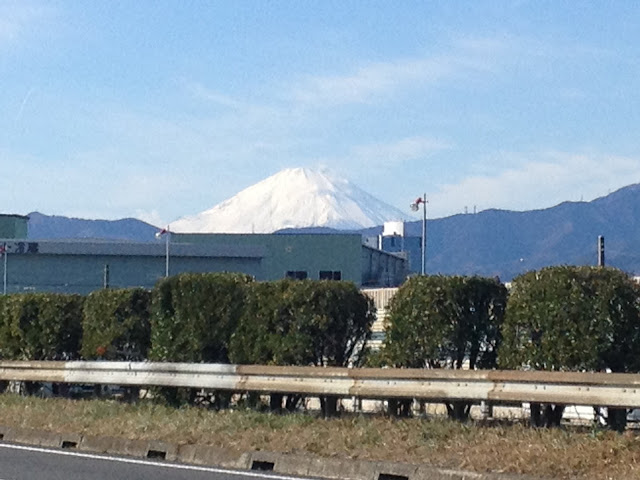