Rock and Pop Musicians! Please Make Two and a Half Minute Songs!


"Brevity is the soul of wit." - Lord Polonius from Shakespeare's Hamlet 1602

Yet, people keep making pop and rock songs longer and longer! Ever since "Let it Be" by the Beatles and Queen's Bohemian Rhapsody, which BOTH were six minutes long, pop and rock musicians keep making songs over four, even five minutes! Is this counter-intuitive? Or just plain, well, "Not smart"? 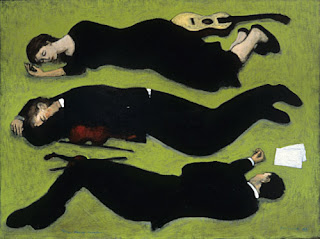 No. This is NOT what I want!

I think it's not very smart. Let me tell you why...

I used to program and select all the music for a very popular morning drive-time program in Tokyo. Our service area covers 42 million homes, so it's huge. I know that many people like me (I've asked) have agreed that the "perfect pop/rock song" is 2.5 minutes long (or thereabouts). Three minutes? Well, okay... Three and a half minutes? You're pushing it. Over 3:30? Hmmm, it had better be as good as the Rolling Stones, "Jumping Jack Flash" (which, I didn't look, but I believe is 3:48!) Still, with that, I will probably cut the last 30 seconds. Over 4 minutes? That's starting to get really difficult to use. Over 4:30 or 5? No thanks... Send me a radio-friendly version, will ya?

Yet musicians keep sending us their new singles and the songs are all over four or five minutes. I hate it!

Did you also know (at least in Japan's case) that the average listener listens to FM radio for only twenty minutes at a time? That's right.

Now, morning shows (the ones with, by far, the highest ratings) need a quick tempo and a fast pace. We don't have time to screw around. We have to get lots of information, news, weather, sports, traffic, commercials and music shoved into the shortest time span possible. That means we play lots of short songs in the mornings (when, as I mentioned, the ratings are highest)... That means we (well, I won't) play any songs at all that push the 3:30+ mark (or I just lop off a few minutes - do you want that?)

If you send me a 2:30 song, then I will greatly consider that for airplay during the peak times... But, if you send me a 5 minute song? Yeah, later on in the show... Or never. Long songs are difficult to use.

Of course, I'm talking about the fun shows that are on in the mornings (did I say the ratings = more listeners - were higher at that time? I did? Thanks.)

That means, in my case, I will play short, up-tempo songs like early Beatles, Stones, Ramones at peak times to get the listeners pumped-up and ready to go in the mornings. We don't do easy listening...

It used to be that, long ago, songs were always under 3 minutes. What happened? I don't know. But this "long song" business is foolish.

It's simple; if you want your songs played when there are the most listeners, then make them short. If you can't say it in 2.5 minutes, then you need to work on it.

Of course, there is a time and place for longer songs.... But generally not on the highly rated morning shows... I'm trying to wake people up in the morning and cram in as much as I can in the shortest space I can... But, then again, maybe people don't care about radio anymore... OK. I can understand that too.

But, knowing this, and if you DO want radio airplay, why would you want to make long songs?


NOTE: Oh, and PS: If you are a new musician, then make sure you "Like" the FB pages of the radio programs you are (or want to) promote to. Our FB page is here: https://www.facebook.com/MikeRogersShow/

NOTE TWO: THE PERFECT SONG? I don't know but it's a great example of what I'm talking about. Within the first 30 seconds, you hear the intro, verse, chorus and hook... If this isn't perfect, then it's damned close: The Beatles - Paperback Writer (if link doesn't work, click here: https://www.youtube.com/watch?v=xmVwo2DxkGg)

Here's another one (You can argue with me but you can't argue with the success of the Beatles!) https://www.youtube.com/watch?v=Qyclqo_AV2M

It was ever since Hey Jude, when the Beatles broke the 3-minute mold.

I know, how about making a radio short version and a CD long version of a song? That might actually increase your sales. Most of these songs have multiple verses with the melody being repeated several times during the duration of the song.

Here's how to do it (maybe you mentioned this one already, but I can't access your post at work):

And, if you can stretch a point to 2:50, here's another. This has got everything: Greek mythology, colours as thematic imagery (I particularly like the "deep blue ripples in the tissues of your mind"), wah-wah pedal, completely fab drums -- what more do you want? Jeez, 46 years ago:

Great article. Why do musicians miss this? I've been listening to loads of new songs to see what other bands are doing. I can't believe the amount that I have clicked off because there are still no vocals twenty or thirty seconds in!

Sorry Mike, but those startling statements about attention spans are baseless rubbish from a junk web site. In the Wall Street Journal on February 17, 2017 Jo Craven McGinty demolished them in an article titled Is Your Attention Span Shorter Than a Goldfish’s? On March 10, 2017 Simon Maybin at the BBC World Service program, More or Less, also debunked them in another article titled Busting the Attention Span Myth. See: http://joyfulpublicspeaking.blogspot.com/2017/01/is-attention-span-of-marketer-shorter.html

Thanks Richard,
I have read some of those reports (but I also come to my conclusions from ancedotal and data evidence) and I think you should reread them too. Here is the conclusion from: "Another modern myth: Shrinking attention spans." By Andrew Porterfield a writer, editor and communications consultant for academic institutions, companies and non-profits in the life sciences.

Andrew writes: "What’s behind the odd Microsoft statistic, then? One, as PolicyViz pointed out, the study cited didn’t even look at attention spans. Two, the Microsoft post was aimed at advertisers, who have always faced the challenge of trying to make their product or service the final focus of our parietal lobes. And finally, the problem with our apparent distraction may not be attention, but multitasking. Our brains focus for a reason."

My point? The ends justify the means. I think it is foolish to argue that people's attention spans aren't getting shorter. The cause? Andrew asks if it isn't multitasking... I think it is sensory overload.... But, for the sake of a short article about why songs should be shorter because of data and common sense, I referenced the Microsoft study. My bad. My article is about making shorter songs. If I wanted to delve into why people's attention spans are getting shorter (I am convinced they are - evidenced by declining school scores across the USA over 30 years, explosion in drug use - which will shorten a person's attention span, of course)...

Either way, if you are a musician, and lots of radio DJs (and marketeers agree) make shorter songs if you want airplay... It's simple. THAT'S the point of the article, not the total validity of a study.