A Message for Fathers: Most Men Die With Regrets

... They die that way because they became fathers and then, one day, they realize that they missed out on their child's childhood. My 80-year-old father mentioned this to me before he died this year. 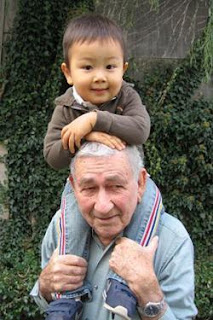 
Most men don't realize this until they are in their late 50s through 80s - until they die.


I am one of the lucky few. I realized it when I was in my mid thirties. The reason why I was lucky enough to realize it is because most dads get married and then they have two or three children within a few years. They also consistently repeat the same mistakes with the second and third child that they made with the first child. Then they don't get a second chance. They raise the children together, of course. Not me, my kids are 20 years apart in age.


I have four children. Julie (27) and Sheena (22) were born to my first wife. That wife and I divorced after seven years of marriage and I raised those two girls by myself. I remarried three years later and Wendy was born. When Wendy (17) got sick as a baby and then recovered from cancer, she wasn't able to live with her sisters for at least 6 years due to chemo-therapy treatments so her mother and I divorced and Wendy went away to live with her mother.


I remarried again for the third time and Wray (8) was born.


Julie and Sheena often had trouble at school and sometimes with the police when they were teenagers. I regret that I didn't spend enough time with them, but with trying to pay to raise them, I didn't have the time I needed. I hired several nannies and they raised them. One nanny was the main one, but she wasn't full-time. I will always regret that I missed their childhood and didn't spend the time with them that I should have.


So, one day, my second wife, a wonderful woman, married me and my two daughters and Wendy was born.


When Wendy got cancer, I was devastated. One day she was fine. The next day she couldn't walk. A few days later she was in the hospital for the next 2 years. Then, when she was released she had to move away to save her life. I will always regret that I missed her childhood and didn't spend the time with her that I could have.


But, like I said, I am lucky. God gave me more chances (so, perhaps there is a silver lining to divorce). I don't want to miss Wray's childhood. When he was born, I often took care of him. I spent time with him and took him for walks everyday for the first two years in his baby carriage. Then, from age 1 1/2 until 7, I went to bed with him every night at 8 pm and we read books together before going to sleep. I make his breakfast at least 320 days a year and eat dinner with him at least 3 or 4 nights a week. I still do.


I want to live with Wray with no regrets. God gave me another chance I won't waste it. I cannot get back the time with my other children but I can make sure that I don't repeat my mistakes. I will always regret about my first three daughters, but I am trying not to regret with Wray.


You fathers please listen to me. Take my advice.


Yesterday, Sunday afternoon, the piano school Wray goes to had a Christmas piano concert. I looked at the crowd in attendance. I estimated that there were 27 moms and about 5 grandmas there. The dads? A pretty poor showing. Seemed like 7 fathers and 4 grandfathers. With 27 moms, there should have been 27 dads but there were only 7. Where were the others? What is so important that they miss their child's performance? 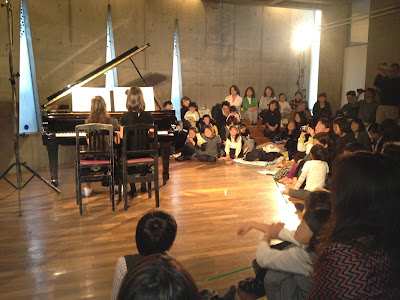 The children all performed their hearts out and smiled brightly when their performances ended. Even when it wasn't my son playing, I cried at some of the performances.


Here were these innocent, pure and bright young children playing their hearts out for their moms and dads and grandmas and grandpas. Oh what a joyous occasion it was.


What an even more joyous occasion it could have been had those other 20 fathers bothered to attend. I wonder if any of those fathers were you, dear reader? Or were they you at a different time at a different occasion?


Where were those fathers? Were they Golfing? At home sleeping? Working? Like I said, ultimately what is more important to all of us than our children?


Think about it my friends, what do we work for? Why do we chase the all mighty dollar?


We do it to give our families a place to live and a roof over their heads and food and a happy family.


Think about that last part, "... a happy family." Is a family truly happy when the father is not around? Take, for example this Christmas concert. How many Christmas concerts will your 8-year-old son or daughter perform at? Well, when you stop to think about it, kids are only eight once and Christmas comes only once a year.... That means once.


How often can you go golfing or work or sleep on the couch?


I hope that you, in the New Year, will think about what I am saying. Like I wrote, very few people have the luck to have raised children that are 20 years apart in age. I do. Listen to what I say.


Share time now with your children because now isn't coming back ever again. Give your child a hug and spend time with them while you can.


The future is coming sooner than you can imagine. Don't kid yourself. No matter how much time you spend with your children, one day, you'll wish you had spent more. Do it now.
at December 18, 2011