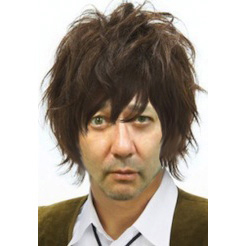 Do you know what Linkedin is? Linkedin is a great place where you can connect with people you don't know or care about and brag about stuff that doesn't really matter. It's kind of like going to a high school reunion where everyone who thought they were hot stuff in school tries to impress everyone else that they are still hot stuff even though they now work part-time as a plumber or are on food stamps!

Heck, nothing wrong with food stamps! Join the crowd! I just got my Obamacard today so I get food stamps too! Hey Linkedin, where do we enter that sort of information on our biographies?

Once again, Mr. Obama has his figures all wrong... It's nearly 46 million strong on food stamps!

I use my Linkedin page as a deadly-serious sandbox and playground for my twisted humor. I put some serious stuff but mostly all sorts of funny comments and that silly photo on my Linkedin bio. One of my friends saw it and said,

"Mike! You'll never get headhunted with that photo you have with that stupid brown wig on!"

I was offended. I thought I looked impishly handsome. I replied,

"Really? So you think I should have worn the purple wig or the metallic blue one or my platinum blond wig instead?" 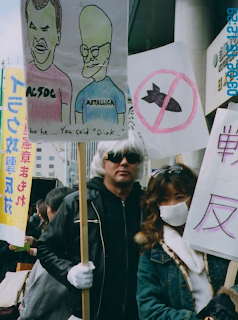 See? I really do have all a platinum blond wig and a blue and purple one too!


Maybe the wig is why I have never had anyone call me even once for a job interview after seeing my Linkedin bio!


Speaking of that, I been wondering exactly what the purpose of Linkedin is anyway? I mean, if it is a site to look for a job then that's cool, but what's the point of posting your bio on Linkedin if the only other people who are going to see it are also out of a job and looking for one too?

Isn't that a contradiction? It's so confusing.

The best thing about Linkedin is that Linkedin shares are down from IPO almost as much as Groupon shares are! Come on Linkedin! You can do it!

If Linkedin would clarify why we're here, kind of like
Facebook does, that would clear a lot of confusion.

The truth is that Linkedin was designed for the gainfully employed to show their old high school girlfriend (who savagely dumped them just before the big year-end dance) that she made a mistake that she'll always regret because you - and only you - were the one who really loved her most (that b*tch!) When you understand that, then Linkedin makes sense.

That's why you rarely see girls on Linkedin. They don't go there because they can't really figure out what the point is either (remember they were the ones doing the dumping). Did you know that, by my latest calculations that guys on Linkedin outnumber women by over 25 to 1!!!

Women can turn it on and off like a faucet... Guys can't. Because so many guys are pissed at old girlfriends that explains why guys who aren't looking for jobs put up braggadocio and their profiles and bio on Linkedin. They do it to show the world (and that b*tch) that they screwed up big time messing with number 1!!!*

I think Linkedin should have a "reality recommendations" part and, instead of just positive recommendations, it should also have a "condemnations" and "personal attacks" place where real comments about your shady character can be added. Stuff that can't be blocked by the page owner. Real opinions on your work quality and ethics (or lack thereof) like these from your former employers:

"So and so worked here for six months and things went fine until we began to notice huge amounts of toilet paper missing from the restrooms and forks, knives and spoons missing from the employee cafeteria." - Manager

Or, remember your very first job? Working at your dad's company?

"So and so was a totally worthless pile of crap employee. He was the worst putrefying heap of overblown bovine excrement imaginable. All his life he's been useless. Totally night and day difference between him and his extremely successful older brother." - Your father

Now that's what we need! Ask any marketing expert and he'll agree with me! What we need is more truth in advertising!

Oh? What? Oh yeah...How to make six figures from your Linkedin account? That's right. I almost forgot! Anyone out there know? Because, hell, I haven't a clue... I can't even get anyone to call me for a job interview!

*Don't look now, dude, but she actually married a guy who makes more in a month than you make in a year! He's so rich he ain't even on Linkedin!

Thanks for the silly images. Check out my new favorite blog site: The People's Cube. It's kind of like the Onion for Socialists... Pretty funny satire... Especially if you are twisted enough to put a funny photo of yourself on Linkedin.
at February 26, 2012

Hi Mike, I'm on LinkedIn, and connected to you, in fact! Although not under the name Boo. This goes back to a time you seemed to think it was a serious web page.
I have never been able to figure out what the page is good for, but I use it as a convenient repository of (mainly) former bosses/coworkers that I may want to talk to in the future about work-related things.
Also, since I've closed out my Facebook/Twitter accounts, it serves to pass the online presence test that some HR departments place importance on these days, even though there's no real information on my profile there.

Hey Mike,
Nice hair! I've been partial to platinum blondes! Ha!
Yes, all of what you say can be correct - look at me and what I have done, but I am using it to make contacts in a business I want to be in... stock-piling e-mail addresses and the like... reaching out and communicating with people, offering advice to new writers, taking it when I get it... asking questions, not always getting answers... but trying to make contacts. Also, I've been getting a few penpals from around the world - much like you and I through better homes and blogging.
I think like anything, you get out what you put in it.
And what is with the suddenly complex sign-ins with the comments pages on our blogs?!

Boo! We're connected on Linkedin?! Really... Let me guess! Now, you seem to be very calm and level headed.. So, don't be offended, but judging from that and your handle, can I guess that you are a woman? Also, if it goes back to a time when I thought it was serious, then that was a long time ago because I've had a Linkedin account since way before most people did (I tried to bring Linkedin to Japan at least 4 years ago...)...Hope we can connect in REAL WORLD sometime... Oh! We are having a huge picnic party on 4/1 by Tamagawa it's free please come to that if you can!

Andrew! That's funny about the asking questions and not getting answers. I get asked questions all the time. Then I try to write thoughtful answers and send them, but I often see that, weeks and months later, the receiver hasn't even bothered to open my return message. Weird?
What business do you want to get into? Thai Foot Massages?

Calm, level-headed and female? Isn't that a contradiction in terms? But thanks for the invite!
No, you will be disappointed to learn I'm a male almost your age, and the LinkedIn connect was on your request after I wrote to you about Lew's site. The handle "boo" isn't necessarily female: as you know, "boo" is Japanese slang for farting, among other things.

Boo! "Isn't that a contradiction?" Ha! Ha! Ha! Thanks for the big laugh. I needed that!

Guerrilla marketing has an interesting section on using LinkedIn for job-hunting (and why). Dunno if it's true and anyway I'm sure it's not applicable to Japan where no-one uses LinkedIn period, let alone for job-hunting.

Now, how many times is it gonna take me to post this comment? These captcha thingies are ruining my eye-sight. AAAARRRRGGGHHHH!

I can't tell from the picture, of you in the wig, were you trying to go incognito, or attract more attention to yourself?

Hi Mr. N,
That's incognito at an anti-war demonstration in front of the US embassy!

I just wrote a complaint to Google about the captchas... For what it is worth...

Who were you trying to hide from?

US government related people were photographing people in the crowd at every demonstration. I saw the same people doing the picture taking every time.

Ryu, you are completely wrong about food stamp use. Almost doubled in three years: "Food Stamp Recession Curve".
Also, this wasn't a commentary about Obama anyhow. You seem to be the only person who thinks so. It's a humor article. It says where the images came from at the bottom of the post. Please don't post arrogant abusive confused remarks here. They are not wanted nor appreciated. If you want to get into a flame war, go someplace else.

That banner you are holding is hilarious. I'm sure the government photographer people never found out who you are because they ended up laughing too much!