Public Education is Terrible! Or Can People be THAT Stupid? Japan Was First to Use Nuclear Weapons... On Korea???!!!! Dave in Austin is Confused - You Need to Drink More!


Blogging is a total exercise in frustration. 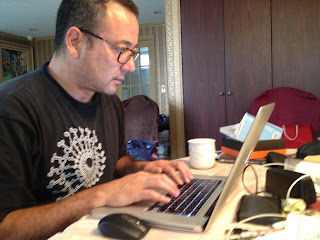 The worst part of blogging is getting mail from idiots who think they know what they are talking about. Dave from Texas tells me that, "you are part of the problem" when it comes to Japan's economic conundrum. You see, Dave thinks that government spending of over 237% of GDP is not the problem. Dave also thinks that the current rate of Japanese under the poverty level of 15.7% is somehow caused by privately run businesses trying to compete for good employees under the free market system.

In "Japan is Collapsing," I wrote:

I am angry at the stupid Japanese government for taking our tax money and bailing out these zombie banks and keeping the status quo intact at the expense of the people and our children's future. I am furious that the situation has gone on for so long. I am angry that it is not only us who is feeling the pain but everyone else I know... I get angry when I read the news and see that 15.7% of all Japanese are under the poverty level. I get pissed off when I see that our debt to GDP is over 237%....

And I really get angry when I read that these idiots in government want to raise our taxes and keep with the failed policies of these last twenty plus years. And it really really astounds me that the people who got us into this mess can get reelected again. What a farce.

Well, things can't be so bad-- I mean you still have a very exclusive international school full of rich people, right? Did you ever think that one of the problems with Japan's economy is that everyone assumes a paternalistic company to pay for all these benefits for their employees? When businesses are burdened with such costs, the money's got to come from _somewhere_. Companies will either: stiff the employee wages, borrow, suck off the gov't teat, or go under. Mike, with all due respect, you might be part of the problem...

Riiiiiight! Japan's economic problems are due to the efforts of private businesses! Dave is a fricking genius! I responded:

Dave is a prime example of the poor education people get through public schooling. For some bizarre reason he thinks that private businesses (that create jobs and build the economy) are "part of the problem" whilst he ignores the fact that Japanese government debt is now over 238% of GDP and we have 15.7% of all Japanese under the poverty level in Japan today. He also fails to recognize that Japan has the highest corporate tax rate in the world. Dave is completely ill-informed and naive.

Jeff B. also blasted Dave in the comments section for thinking the government had their own money and because Dave fails to realize that all the money the government has in the first place is money they took it from privately run businesses. Dave is a total statist fool.

But Dave isn't the worst one - he doesn't deserve the "Total Idiot Award" in the last 24 hours (Sorry Dave). That award goes to someone else even dumber. To prove to you that public education is in the pits and that you must work your ass off to send your kid to a private school or homeschool, read this next letter that I received concerning my article entitled, "Atomic Bombs: Race Hatred and Mass Murder." The reader commented:

"I think you have a very warped sense of history. Japan was, after all, the first country to use a nuclear weapon on Korea. Second, the actual documents show Japan was looking for a CONDITIONAL ceasation to the war. (sic)  Japan's own treatment of the Chinese was the real war crime. So don't be so high and mighty. True, the bombs killed many innocents, but it was total war by all sides. Your generals were to blame, not the U.S."


Jesus! "Total war by all sides" but "Your generals were to blame" incredible! It gets worse, he even spelled "cessation" wrong. Then he writes, "Japan was, after all, the first country to use a nuclear weapon on Korea???" What the heck? Have you ever heard anything like that before? He's kidding, right? Is this what they are teaching in school or did this guy get this from reading comic books? No! I dare say that this guy doesn't read at all.... I mean, how could he with a ridiculous statement like that?

(To read about the atomic bombings, read here: Ralph Raico. If that link doesn't work, use this: http://www.lewrockwell.com/raico/raico22.html).

If you ever needed any evidence that US public education was sh*t, you just found it with the comments by Anonymous. Mr. Anonymous! Please send me the names of the schools you attended. I want to publish that list so that people know where NOT to send their kids!

And if you ever needed evidence that blogging was an exercise in frustration (or becoming a Zen Master) then just read the dumb stuff people like Dave write.

God help us all if this is the education level of the people we are producing today. 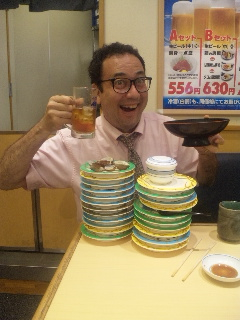 I suppose the best recourse on this holiday weekend is to not argue with idiots and drink more.
at November 23, 2012

"I suppose the best recourse on this holiday weekend is to not argue with idiots and drink more."

Oh, now you tell me.

Yesterday, I needed to hear that.

To top it off, I forgot my bucket of patience.

Hey, Rogers-san. Yeah, we know you have the pulse on Japanese economics. Yet, where does one go to find out the Japanese people or companies that are doing things right? Its 127 million people. Somebody has to be doing it well. I enjoy the blog.

Japan was the first to use nuclear weapons? And on the Korean Peninsula no less? Now I've heard everything!

Now you know why Fred Reed says lay back and watch.

Now you why Fred Reed said lay back and watch.

"one of the problems with Japan's economy is that everyone assumes a paternalistic company to pay for all these benefits for their employees?"

Not unless you're an American expat. I don't think Japanese companies pay for your child's education at a private school.

I suppose Dave was referring to articles like the one above.