This is No Joke! TV News Verifies UFOs Over Denver. Watch!


Not a thing to do with Japan today, but this is weird (remember last summer when I showed you the UFO over Tokyo? Please refer to: Real UFO (WTFIT?) Over Tokyo July 4, 2012 - Photographic Evidence) or even the bizarre reports on German TV about UFOs at Fukushima? Well those were "fun" today's blog will blow your mind! 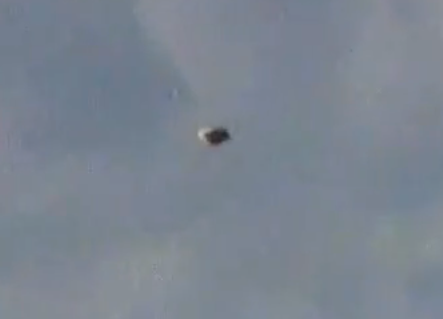 This is no joke. THIS IS BIZARRE!!!! Here's a snippet: "The strangest part is they are flying too fast to see with the naked eye, but when we slowed down the video, several UFOs appear." Then the TV news camera team went out to verify it and the NEWS CAMERA TEAM VIDEO TAPED THE SAME OBJECTS!

AN AVIATION EXPERT SAID: "That is not an airplane, that is not a helicopter, those are not birds, I can't identify it,"

Here's a transcript of the text:

We first learned about these sightings when a metro area man, who does not want to be identified brought us his home video. He captured the images on his digital camera from a hilltop in Federal Heights looking south toward downtown Denver.

He said, "The flying objects appear around noon or 1:00 p.m. at least a couple of times a week." The strangest part is they are flying too fast to see with the naked eye, but when we slowed down the video, several UFOs appear.

We altered the color contrast to make it easier to see. You can take a look for yourself by watching the video clip.

We wanted to verify the video we saw was legitimate and not doctored in anyway. So our photojournalist set up his camera in the same spot, and shot video from just before noon until just after 1:00 p.m. He also captured something unexplained on video.

He thought he would have a logical explanation, until he watched the video. "That is not an airplane, that is not a helicopter, those are not birds, I can't identify it," he said. He also told us the objects are not insects.

He said he knows of no aircraft that flies as fast. He did tell us there is one other possibility. "Perhaps there's some sort of debris that is being raised up by some of the atmospheric winds."

But in his professional opinion, "As it fits the definition, it's an unidentified flying object."

The FAA tracks all air traffic in Colorado and across the country. The FAA sent us a statement that says, "We`ve checked with air traffic control and no one has had any reports of the activity you described...nor have any of our employees observed anything of this nature either visually or on their radar displays."

The North American Aerospace Defense Command is located in Colorado Springs. It keeps an eye on the skies in case of an air attack against the United States.

NORAD sent us this statement, "Our Command Center reviewed their records and they did not have any noted air activity in the Denver area during the times you indicated."

The man who brought the video to our attention believes the UFOs are launching and landing near 56th Ave. and Clay Street in Denver. A Map shows only homes in the area.

So are they UFOs? A secret military test? Floating debris?

These things appear everyday of the week... They are NOT insects... The aviation expert verified that they are not insects either.