It is now Sunday, Dec. 30 2012. I think it is now a good time to briefly reflect on the last year and hopes and wished for the next year... Well, maybe not wishes so much, but more like decisions I have made.

Perhaps you have some important decisions that need to be made too? 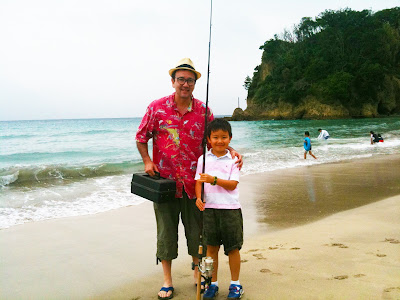 Here are three decisions that I made that you can make for yourself that will make you happier in 2013... Some might seem obvious but you'd be surprised by how much people (me too) allow themselves to be trampled upon and disrespected.

A) Get rid of people who are selfish, greedy and dishonest. I don't care if they are family. If they are bringing you down, get rid of them.

2012 was a very difficult year, business wise, for me. I went to war and played poker with one of Japan's biggest companies and, after getting raped and beaten and left for dead by the side of the road, I came back and was able to boot them out of the company with the help of a partner.

The people from that big Japanese company lied to us and tricked us. They weren't sincere. They had selfish ulterior motives of greed. That sort of thing is not going to happen again and I'm happy they are gone and we are looking forward to getting the company back on track.

My lesson from this episode is to always be diligent and not trust new business partners too much. Getting things down on paper and in contracts, while I don't like them, is necessary. Anyway, the key word here is diligence.

I also spent much of the year being, in my thinking, way too accommodating to some people. For example, there's this guy who owns a fairly large private corporation who asked me to do work for him. I did. My team and I bent over backwards for this guy. Why? We thought that there might be a good future in business together. But, the more I think about it, I realize that, while not going into too much detail, I don't want to work with people like that guy; he is a manipulator and a sort of control freak... It took me a while to see it. (Thanks to my best friend George Williams for pointing it out to me almost instantly!)

My lesson from this episode is to respect yourself. I am a top quality professional at what I do. I know that. I don't need to discount my services for people. You don't have to either. You are good at what you do. Remember to not accept too many small jobs and to focus only on the big jobs. Why? It's only the successful conclusion of the big jobs that pay well and increase your status... Small jobs won't do that... Of course, helping friends is important, but we all have to eat.

People get what they pay for. If you are good at what you do, then demand a fair price.

There is a guy I have worked with for 16 years. He used to be good at what he does. But over these last 6 years, he has been getting progressively bad. He is half the person he was 10 years ago. What happened? I don't know.

He does a half-assed job all the time and seems like he doesn't care. I've been going to the work place once a week and talking and talking and talking to this guy. Sometimes he'll get better for a few days, but soon he will relapse back into being pretty much useless. I've done so many things to try to help support him.

This has gone on for 3 years... He doesn't get better. He gets progressively worse. The bad part is that this guy has so much ability and talent but he won't show it or put it to use... He's like a bratty 13-year-old who could get good scores on tests at school, but all he does is skate-by; he just does the absolute minimum required and tries to score Ds on every test. Doinng the minimum is not a good way to succeed.

Did I say, "test"? Life is a test. Normally, I'd dump this guy or fire him, but he has a wonderful wife and two kids....

But, then again, I have a wife a kids too. I've been spending all this time and effort to try to make things better.... But nothing works.

I think it's time for me to give up on the guy. It's time for me to get rid of this frustration and get him out of my life... I've spent hundreds of hours on trying to do something to motivate this guy to do a good job, but he just won't. Even the other staff complain about him.

I have to get this person out of my life. He is bringing me and the other people down... It's like a cancer. It needs to be cut out.... Sad.

D) Stop worrying so much. Worrying doesn't help and only brings you down. Get rid of it (see A above). It's a negative energy....

I think I have been worrying about work and other people (see C above) since 2008. Guess what? It hasn't changed a thing and I'm still here, four years later with the same problems.

I'm going to get rid of them and stop worrying about them!

Reading all four examples above, I (and you) I have to get rid of all the crappy things in our life now if we want to be happy in 2013. (If you want to read a wonderful article about getting rid of crappy people, read this by James Altucher)

Hell, the guy who doesn't want to pull his weight? What do they say? "You can lead a horse to water, but you can't make him drink it."

2013 is coming folks. It's going to be a good year. Discard all those who are bringing you down and throw away your fears. I don't like FDR but he did say one thing that was alright, "We have nothing to fear but fear itself." 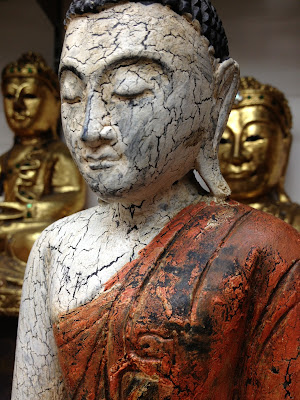 "Buddha told a parable in a sutra: A man traveling across a field encountered a tiger. He fled, the tiger after him. Coming to a precipice, he caught hold of the root of a wild vine and swung himself down over the edge. The tiger sniffed at him from above. Trembling, the man looked down to where, far below, another tiger was waiting to eat him. Only the vine sustained him..... Two mice, one white and one black, little by little started to gnaw away the vine. The man saw a luscious strawberry near him. Grasping the vine with one hand, he plucked the strawberry with the other. How sweet it tasted!"

(The tigers represent life's dangers that are all around us all the time. The two mice, white and black, represent Yin and Yan. The man running represents his daily efforts to survive. The eating of the delicious strawberry represents living for the now and enjoying what we have now because you might be dead tomorrow!)

Email ThisBlogThis!Share to TwitterShare to FacebookShare to Pinterest
Labels: crappy people, frustration, Happy New Year, how to be happy in 2013, how to stop worrying, life is a test, motivating people, New Year, reflect on 2012, worrying

So, what's it mean if he threw the strawberry at the mice and scared them away so he could hang-out until the tigers left, then be on his way?

Heh, the answer is in the blog already.

Anyway, I really liked this line:

"Well, maybe not wishes so much, but more like decisions I have made."