A Reaction to the Royal Weddings & Royal Condoms from Tokyo

A good friend, Marc Abela, commented about my posting of yesterday, Golden Week, the News and Nuclear Holocaust... Just a Regular Day Like any Other in Tokyo. Marc writes:


Thanks Marc. Nope. For your edification, here's three reasons why I do not "cover" important things like the "Royal Wedding." First off, fine publications like Yahoo have already asked the important questions in their online blog. They asked:


Why didn't Prince William watch his bride walk down the aisle?
Who was that little girl covering her ears and frowning while the newlyweds kissed on the balcony?


And, finally, Yahoo asked the question that we were all wondering;


Where can I get those gorgeous earrings Kate wore to her wedding?


Oh, yes! Where can I get those gorgeous earrings Kate wore to her wedding? Last time I inquired at my local Walmart, they had nothing of the sort.


The second reason why I don't write about the Royal Wedding can be summed up in this short video (that was not funded by taxes):


"How'd you become king then?"


"The Lady of the Lake...Her arm clad in the purest shimmering samite...
held aloft Excalibur from the bosom of the water... signifying by Divine Providence...
that I, Arthur, was to carry Excalibur.... That is why I am your king!"


"Listen, Strange women lying in ponds distributing swords is no basis for a system of government. Supreme executive power derives from a mandate from the masses not from some farcical aquatic ceremony...


You can't expect to wield supreme executive power just because some watery tart threw a sword at you."


In a nutshell, that's why I can't even tell you the names of who is getting married and I don't care.


The third, and final reason, why I don't cover, write about, nor even care about any Royal Wedding is due to pressing matters at home that must be attended to immediately; the weeds in the back garden. 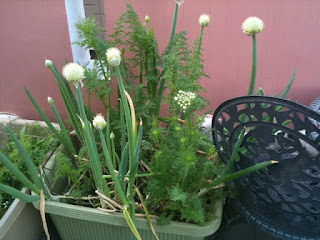 Weeds versus Royal Wedding? Tough to decide which is more exciting.
Toss a can of beer in with pulling weeds and it's an easy call.

When you add up these three factors listed above, then, I'm sure you'll agree, that we all have much more important things to take care of than spending a day on front of the TV watching a wedding ceremony that is heavily funded by the local taxpayers. Why, it's even more boring than watching the local tax-funded funeral of some long dead king.


I mean, really, why even care about the Royal Wedding? They are just going to wind up getting a tax-funded divorce in a few years anyway.


BREAKING NEWS! IMPORTANT UPDATE!: With Royal Wedding Condoms, British Taxpayers Won't be the Only Ones Getting Screwed!

Instructing randy Brits to “lie back and think of England”
because “like a royal wedding, intercourse with a loved
one is an unforgettable occasion,” The condoms are
sold in royal purple packages with a picture of the
happy couple on the front. But some folks are not
amused. “This is completely tasteless and rather
hurtful,” Ingrid Deward, editor of Majesty magazine,
told Orange News.

I don't know, rule by watery tarts tossing swords sounds a lot better than a system where the majority is manipulated into legitimizing rule by the most persuasive demagogue of the day. :)

But seriously, thank you for not covering this...except you just did...

Damn! Boo! I was hoping that no one would notice!

Hi Mike,
5 stars, once again :)
You'll have guessed it, what fascinates me most, really, isn't the wedding in itself, but the fascination all have for the wedding.
One would have really thought "self-sovereignty" would have been more "en-vogue" early 21st century, but no, not quite. Madame the parasite supreme. Sovereignty makes for such a good idea usually though... Thinking about it, if I had a machine which could help me travel through time, I would probably use it and move back to 1750 and stop all those who fought to release the people from religious despots and from repressive kings, with guillotines and stuff, while risking their lives... to simply tell them all... "naa, don't bother, really, seriously, in 250 years from now, people will all move back anyway to exactly the same crap... so don't bother, why bother, really..."
Fighting kings and writing brilliant constitutions in 1750 is a bit like removing the drink from the hand of a drunken sailor... the second you're gone...
Cheers,
Marc