Currency Wars Lead to Trade Wars Which Lead to Shooting Wars - Yen to Go to ¥200 to $1 US Dollar?


And so it begins. The currency wars have most definitely started. The last time this happened was in the 1930s and we know what that lead to as currency wars lead to trade wars which lead to shooting wars.

I hear that Kyle Bass predicts the yen to drop to ¥200 to one US dollar. 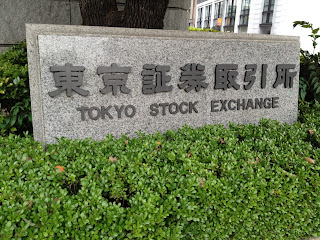 And some people criticized me for predicting this event (though off by a few months) two years ago.

Start to stock up, folks. We're in for a rough ride. It's not coming, it has begun.

Getting Richer By Getting Poorer - Japan's FX-Bond-Stock Trilemma

JPY could fall a lot further because weak JPY has been the most effective tool to create equity market wealth and spur Japanese demand. Moreover, Citi's Steven Englander notes, Japanese policymakers do not have many other options. If JPY is ticket for the Nikkei to regains ground lost versus other equity markets, USDJPY would have to go into three digits. By implication JPY would have to weaken a lot more. The loss of market share in part reflects long-term structural issues but Japanese governments (like others) are more mindful of incurring the anger of domestic political constituencies by making tough structural reforms than of G20 counterparts by weakening the exchange rate. From a political perspective, the Nikkei-JPY relationship is too much a good thing for Japanese policymakers to give up - but divergences are abundant at the short- and long-end of the JGB curve - and too much of a good thing in this case is a disaster.

If the G20 criticize Japan for currency manipulation, which they probably will, Japan can point out that their equity market poor performance over these last ten years  also reflects a major loss of export market share… This has occurred since 2000 and escalated since 2007. In fact, some economists would say that Korea has benefitted greatly on the Yen's strength and this is unfair to the Japanese economy.

Please refer to: Yen's Drop to Give Boost to Earnings in Japan

South Korean manufacturers Samsung Electronics Co. and Hyundai Motor Co. snatched market share away from Japanese rivals, helped by several years of won weakness and yen strength. But some of those advantages are eroding with the weaker yen. The won has strengthened 27% against the yen since June 1.

The Japanese representatives will also argue that there is undeniable evidence that the yen to dollar exchange rate has contributed to the weakness of the Nikkei and the overall Japanese economy. Couple this with a much more militant Shinzo Abe administration and I think it wouldn't be outside of possibility where we see Japan getting upset at the G20 and strongly protesting actions. Hell, the last time a world wide organization really put the Japanese on the spot for actions was when Japan walked out of the League of Nations on Feb. 24 1933 (Almost 80 years ago today!)

... Hey! Didn't I just read a sentence at the start of this exact blog post that said,

"The last time this happened was in the 1930s and we know what that lead to as currency wars lead to trade wars which lead to shooting wars." 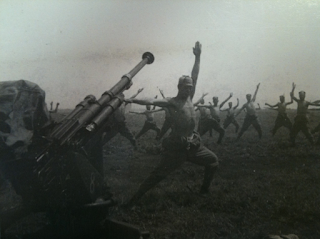 This isn't going to turn out well....