On Gun Control and Japan


When it comes to gun control in the USA the logic of the progressives works in a very curious way. They often like to cherry pick nations from around the world to compare with the USA. One of their favorite nations to use as a comparison is Japan.

Is this true?
Well, it is certainly true that overall Japan is a much safer place than the United States. The data show this to be fact. I would also venture to say that, in many ways, it would be better if the United States and American people were more like Japan and the Japanese people. But I suppose that’s a samurai sword that cuts both ways; there are plenty of unfortunate things about Japan and the Japanese that sometimes make me wish it were more like the USA and American people.

Is directly comparing Japan’s gun laws and crime rate with the USA a good and logical comparison? Does this make sense? Are the progressives bringing up a point that is difficult to argue against? Can we make an apples-to-apples comparison using Japan against the USA?

The answer is no. Unfortunately for the progressives, we can’t sensibly make that comparison and I want to show you why it’s absurd to even consider it. The only things that might make sense in a Japan versus USA comparison might have to do with economics, automobiles, love of sushi and baseball (and I’m not so sure about the baseball part). If we are talking about gun control, crimes, or even universal health care, Japan and the United States are two animals that are as different as night and day. 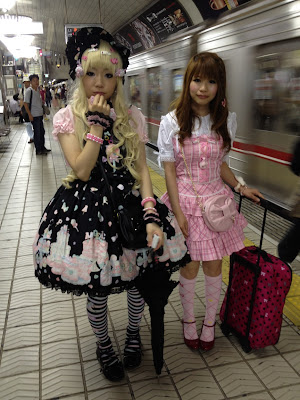 Let me show you why and then when anyone makes this sort of comparison, you should smile and remind them of these few points…

The United States is a nation of citizens that came from all over the world. Pureblood Native Americans account for a mere 0.9% of the total population.
Japan is a nation that consists of 98.5% of the population as being pureblood native Japanese. These Japanese people are descendants from those folks who came here 30,000 years ago.
Some people consider that the USA has a huge immigration problem. In the United States, there are estimates of up to 20 million illegal aliens in the country.

Japan is not known to have an immigration problem. Japan is extremely strict on immigration. About 150,000 people per year are allowed to immigrate to this country.

Any child born in the USA is automatically awarded citizenship even if that child’s mother is in the country illegally. This accounts for about 380,000 new Americans annually.
Just because you were born in Japan doesn’t mean that you can get Japanese citizenship. Even those living here today, as permanent residents, whose grandparents were brought to Japan as slaves from Korea or Taiwan over one hundred years ago, are not given Japanese citizenship upon birth.
“Cultural Identity” and “United States of America” are not words that I often note in the same sentence. The United States is a good example of a country that is considered a “Melting pot.”

The Japanese have an extremely strong cultural identity. Japan is a good example of one of the world’s few homogenous societies.
The United States was born in a revolution against a monarchy and all through its history it has had a civilian population that has always been well armed.

Japan was a caste society for thousands of years. The people – the peasantry – have never been armed. There was never any idea of democracy in feudal Japan and the people never considered rising up against the aristocrats and the warlords.

The United States was also founded on the principle that “All men are created equal.”
In Japan’s feudal caste society, 98% of the population was the peasantry; the remaining two percent were aristocrats, warriors and merchants. People were far from equal.
In the United States, the law of the land, written in the 1780s, says that the people have the right to keep and bear arms. People in the United States have a history of a country awash with guns.
In ancient Japan, the people were not even allowed to carry swords. The Great Sword Hunt was carried out in 1588 and disarmed everyone. The only ones who were ever allowed to carry arms were the warrior class. Guns? What guns?

According to the Global Peace Index, the United States ranks a lowly 88th place (One rank above the People’s Republic of China). Japan is ranked as the 5th most peaceful nation in the world.
According to the US Department of Health and Human Services, in 2012, the USA had 56,600,000 people on some sort of government financial assistance.
According to Japan’s Ministry of Health Labour and Welfare, as of June 2012, there were 2,115,477 people on some sort of government financial assistance.
In the USA, the official numbers show unemployment at 7.8% of the population. Unofficially, according to Shadow Stats, the unemployment rate is about 23%.
In Japan official unemployment stands at about 4.2%. Unofficially it is at 5.7%.
And that’s just a few of the big differences. There’s much more but I think you get the picture,

Now, you tell me, after considering the above, is comparing Japan and the United States fair when it comes to gun control or even Universal Health Care?
Can we find a cure for gun crime in the United States by looking at how another country with a vastly different history, culture and people with a completely different experience have dealt with it or do we have to look within ourselves and our own nation?
Could it be that the gun crimes and murder rate in the USA have little to do with the numbers of guns and everything to do with what Henson Ong said at a gun violence prevention public hearing said,

“Gun control does not work. Your own history is replete with high school rifle teams, Boy Scout marksmanship merit badges. You could buy rifles at hardware stores. You could order them – mail order them – delivered to your home. Your country was awash in readily available firearms and ammunition. And yet, in your past, you did not have mass shootings… What changed? It was not that the availability of guns suddenly exploded or increased, it actually decreased… What changed was societal decay…”

I think it must be pretty obvious to anyone who thinks about it when talking about gun control and crimes (or even universal health care) comparing the United States to Japan is like comparing a steak barbeque to a slice of fish.
Men may be from Mars, and women are from Venus, but never forget that the Japanese are most definitely from Japan… Americans are from who knows where.

And that’s just the way it is.

Bravo and kudos! I think this is one of your best pieces yet!

"Your country was awash in readily available firearms and ammunition. And yet, in your past, you did not have mass shootings… What changed? "

The idea that these drugs are dangerous is something that must not be spoken of, not be thought of, according to the ruling party bosses, big pharma, and their bought and paid for media stooges.

thanks for the post you make very sound points ...