Are the Bees Really Dying Out? The Strange Disappearance of the Bees - One Japanese Farmer's Experience

Yesterday I wrote about going to pick strawberries at a farm in Isehara about one hour out from Tokyo. While I was there, I was anxious to ask the farmer about the story going on concerning the dying out of the bees that we so often read about.


I became interested in the bees and honey story because my wife and son have allergies this time of year and one well reviewed natural remedy for allergies is locally produced honey. The rationale for using honey to treat allergies is that bees process the same pollen that causes the allergies in making the honey. So, by eating the honey, one can build up a resistance to the pollen - somewhat like immunizations use dead viruses to create. (Also add loads of vitamin C and vitamin D3!) It seems to work well for my wife and son. 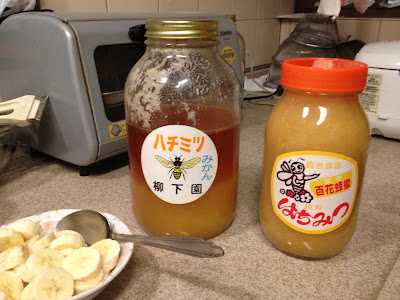 My wife's uncle is a farmer in Isehara and he grows rice and tangerines. Since he has tangerines, he also produces honey from bee hives he keeps and sells it as "Tangerine honey." It does have a different tangerine flavor (or so people tell me. I can't tell the difference!) 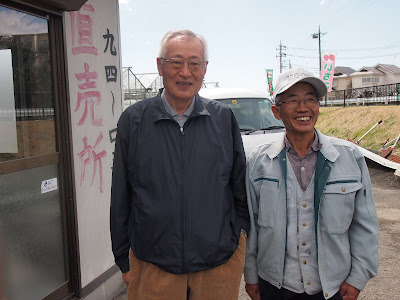 Over these last few years, there is much talk about the bees disappearing and or dying off. In the photos above, you can see two large jars of locally produced honey. The jar on the left sold for ¥2,000 (about $24.18 USD) two years ago. My wife and son just discovered the wonderful relief that honey gives to serious allergy sufferers and they went through (actually my wife) went through a jar that was 1/2 that size in three years. Now we are back to buy a new jar of locally produced honey and the jar on the right, when you can get them, sell for ¥5,500 yen (about $66.50 USD) today. So the price has gone up a lot... I am told that the price increase is due to problems with the bees.

Well, we've all heard that the bees are dying off, right? Well, according to my wife's uncle and another farmer, Mr. Tsuzuki (farms strawberries and rice) the bees are not dying off per se. They are, are you sitting down? (cue Twilight Zone music) "disappearing."

I wasn't sure what they meant and asked for clarification. I asked Mr. Tsuzuki at his farm,

"Did you find and dead bees around the hives or lots of dead bees in the fields?"

"No," came the answer. He continued, "It wasn't the bees dying as such. They would fly away and disappear."

Fly away and disappear!!?? Wait! What? 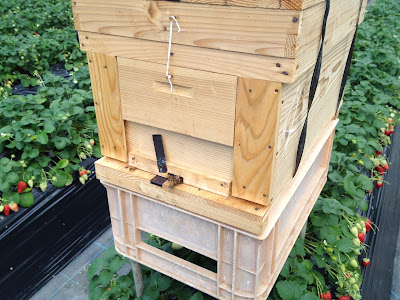 That's right. According to these farmers the bees weren't dying off, they were disappearing. This is a quote, "The queen bee would fly away from the hive and then they wouldn't come back. I  think, perhaps, they flew around above the hive for so long that the birds would come and eat them."

Now, before you panic and think that this could be the end of civilization, Mr. Tsuzuki told me that he knows all about the bees dying off in America - everyone does. But he said that while they had a similar problem in Japan for a few years, the local farmers switched back to fertilizers, insecticides and herbicides that they were using before the problem started and now the bees are coming back. He said that they've had no problems this year at all. 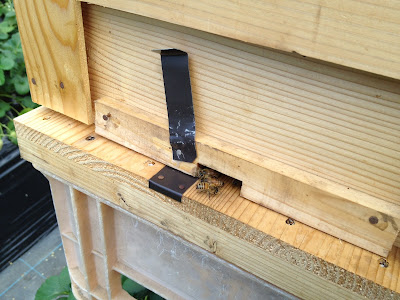 Fact of the matter is that, Mr. Tsuzuki rents his bees from another farmer named Mr. Aigara to pollinate his strawberries during season. He gives them back after strawberry season ends.


In Mr. Tsuzuki's farms, inside the hothouses where no chemicals are used at all, he said that they've never had any problems with the bees. Mr. Tsuzuki says it's not a problem with Japanese produced bees or American produced bees. In fact, he imports his bees from the United States as he says bees from North America are larger, more productive and more robust than Japanese bees.

Mr. Tsuzuki says that the problem with the bees disappearing is, as I have already written, due to pesticides, fertilizers and herbicides used at farms. He also says that buying quality bees from a quality bee farmer that feeds the larva and pupa quality foods. 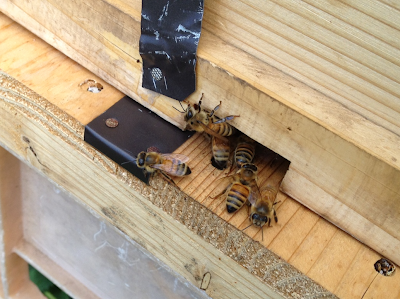 This makes sense if you keep track of the continual degrading of food quality in the United States. US produced beef and meat products are pumped full of chemicals and hormones to make them grow. Chickens and other animals on massive farms in the USA are fed concotions of chemicals and not natural grains. This is suspected as being the prime reason for earlier puberty in American youth. Dr. Mercola says the reasons for earlier puberty and be directly blamed on: Hormones in food; pesticides in produce; obesity and phthalates in plastics.

Understanding this as well as how the FDA and US government seems to be a part of the revolving door with chemical manufacturers like Monsanto, it shouldn't come as any surprise to anyone that the bee population in the United States is under serious threat... But, in spite of what you've heard, according to two farmer's I spoke to in Isehara, while they need to be ever vigilant, they believe that they know what the problem was with the bees and have taken actions to correct it by using more natural remedies for weeds and pests as well as more natural ingredients for breeding bees.

While the bee farmers - and everyone else (including me and you) - needs to stay alert and cut down on use of chemicals at home and outside, I think a little common sense and a return to natural remedies for ailments like allergies or natural remedies for pests and weeds will serve us all.

Let the disappearance of the bees in the USA be a stark warning to us all all over the world.

The bees are disappearing in Canada, too. WTF?! No one has a clue as to where they are going... must bee some sort of bee graveyard we haven't discovered yet. Good story, Mike.