Japan is Facing a Currency and Economic Meltdown 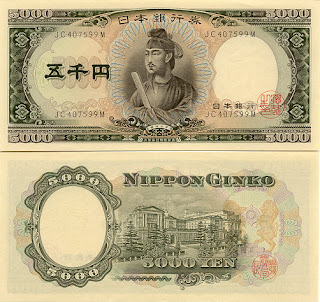 There's an awesome article over at Zerohedge about Japan's current economic malaise. Please refer to, Japan Is Now Another Spinning Plate in The Global Economic Circus:


For those who are in a hurry today, the bottom line is that Japan is in serious trouble right now and is a top candidate to be the next black swan. Here are the elements of difficulty that concern me the most, each one serving to reduce Japan's economic and financial stability:

Oh, and let's not forget that Greece is about to default day after tomorrow.


If you live in Japan, I hope that you have at least two weeks worth of food and water stored up (you should have that anyway - especially if you have children - as this country has lots of earthquakes). Preferable, if you have a place to put it, two months is best.


This article is coming hot on the heels of a post I wrote about being positive. Well, my friends, trust that it is much easier to be positive when you are prepared.


What should the government do? Well, twenty years of easy credit and deflationary policies haven't worked. Why don't we try what worked after the war to create the greatest economic recovery the world has ever seen? Please refer to: In 1949, Japan Started on the Road to Prosperity by Eliminating Sales Tax.


Raising taxes and continued debt spending has gotten us to where we are today. Devaluing the currency and taking on more debt won't help us. More debt will not solve a debt problem. That's basic math.


Why can't the government see this?


Devaluing our currency will only punish the people and the savers. We need people to save in order to invest.