Are you worried about radiation from the crippled Fukushima nuclear power plants? Are you confused about conflicting news reports? Do you wish you had some better information so that you can judge what's best for you and your family?


Well, the only way to do that is to educate yourself. 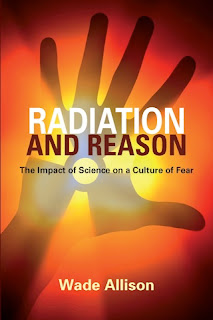 The book has been getting excellent reviews and after reading, I thought that you, dear reader, might find this quite interesting. But first, the things that initially caught my eye were some of the reviews:


“Even if you disagree with where Allison takes his arguments, a large part of the book is a good accessible review of the science of radiation and its biological effects. This in itself makes it a potentially valuable read for activists interested in nuclear and environmental issues.” - Peace News, July/August 2010


"Why I'm becoming a pro-nuke nut..... I'd like to urge readers to check out two even more provocative analysts of the risks of nuclear energy..... The other scholar challenging my nuclear views is Wade Allison.... I do think that these and similar views should be included in the conversation we're having about how to solve our energy problems. These are desperate times, and we must consider all alternatives available to us—including nuclear energy, which just a few months ago I fervently opposed.” - John Horgan, Scientific American 23 August 2010

On that note, I'd like to reprint the final chapter of the book here for you to read to help you draw your own conclusions about the Fukushima nuclear accident. 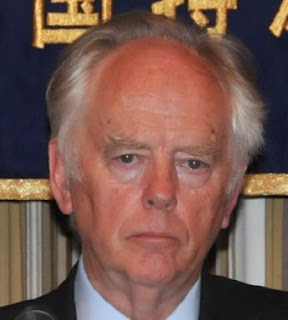 do not get you point here. radiation doesnt exist? last week they measured 50 ms in koryama city where people go shopping. average before accident was 0,06. thats all no problem? culture of fear? hmmmm...

To Anonymous from 3:09. Please try to read and comprehend what you've read befre commenting. Where in the world did you come up with, "Radiation doesn't exist?" In the second paragraph under Chapter 11 Summary of Conclusions: "There are three reasons why existing radiation safety standards have been set at levels that are typically a thousand times more cautious: firstly the association in the public mind of radiation with the dangers of nuclear weapons; secondly the advice of authorities, set up with a narrow remit to minimise public exposure to radiation and to satisfy the public aspiration for safety and reassurance; thirdly the lack of available firm scientific evidence and understanding in earlier decades."

this is just one example of many