A good friend of mine, John Shippen, who works in the investment banking industry in Japan, says he totally agrees with my take on the disaster heading toward Japan that I wrote about two days ago. Please refer to: Japan's Collapse Will Be Absolute and it Cannot be Stopped - Here's Some BIG Reasons Why. The only thing about that article that John seems to take umbrage with is my description that the "disaster is heading Japan's way." John says it's the opposite. He says that the disaster isn't coming, Japan is intentionally driving into it... He describes it as, "Japan is a bug that's looking for a windshield."


Hope you got a laugh from that. It's the only one you'll get from this post.


On that note, an easy article this morning for you referring to the huge financial calamity that is quickly heading our way (or, if you prefer, we are heading full speed ahead towards!) If you live in Japan, better put down that coffee before reading this. Hate to spill! 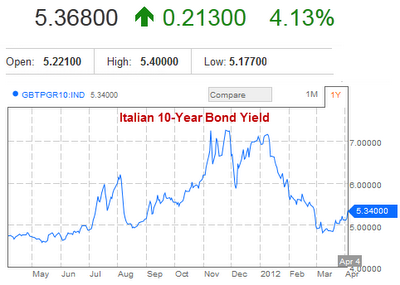 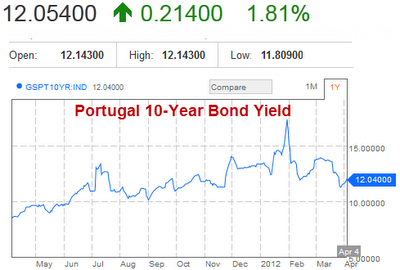 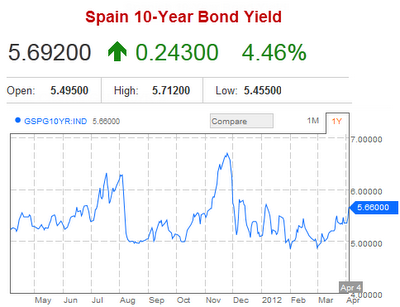 This debt crisis has terrible repercussions for the world economy and Japan. Reuters has a good article on it entitled: Europe Poses Global Recession Threat: IMF. The article is a good rundown of the debt problem but the solutions they offer of throwing money at the problem are completely wrong (Been there, done that. Didn't work)... For proof of that, just look at how well throwing good money after bad has done for Greece.


Looks bad. These things have a way of getting out of control. But Japan is OK, right? Because these European countries can't print their way out. Japan can. Let's look at a few charts there. Here's a chart that shows the world ratio of debt to GDP: 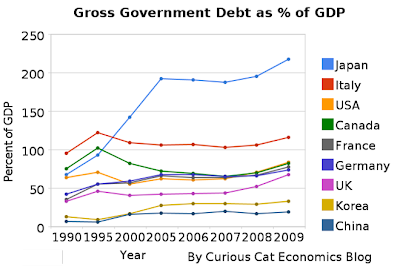 Here's one to show Japan's debt mountain in yen:

As an important note, as of 2009, the Japanese national public debt, according to my handy-dandy calculations equaled over ¥6 million yen per man, woman and child in the country (about $72,000 USD). That means that if every single one of us coughed up ¥6 million yen and paid off our total debt today, we'd still be back in massive debt tomorrow as the costs of running the Japanese government, social security and health care, etc., etc. are completely out of control.

To see what the debt is now, at this moment, go see the Japanese National Debt Clock here.


But wait! Things are getting better, right? Wrong! Here's an article you might want to read from a the New York Times that asks the laughable question: "Could Japan's Debt Lead to a Crisis?" (Let me ask you: "Could the next Pope be Catholic?") But, like I said, that article is a year old. I add it because it is a typical example of the confused reporting emanating out of the MSM... "Everything will be alright as long as government's keep printing money! We have to save the system!"


Here's a much more realistic and sober account of the mess we're in from Global Economic and Market Analysis That Matters: Debt Crisis 2012: Forget Europe, Check Out Japan:

In addition to the current Euro crisis which we discussed here and here, Japan, the world's third largest economy, could have its own debt crisis as early as 2012 bigger than the Euro Zone. 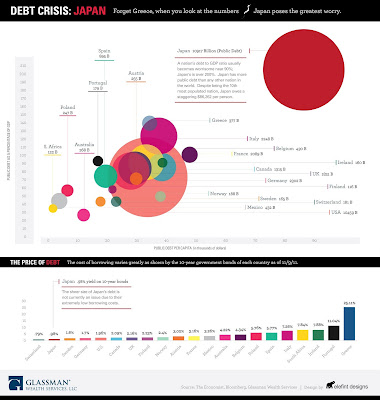 So as long as Japan could keep financing a majority of its debt internally without going through the real test of the brutal bond market, the country most likely would not experience a debt crisis like the one currently festering in Europe.
But the chips seem to have stacked against Japan now.  On top of the new and re-financing needs, the Japanese government estimated that the economy will shrink 0.1% this fiscal year citing supply-chain disruptions from the earthquake and tsunami disaster in March, the strengthening of the yen and the European debt crisis.  Moreover, S&P said in November that Japan might be close to a downgrade.  After a sovereign debt downgrade to Aa3 by Moody's in August, 2011, it'd be hard pressed to think Japanese bond buyers would shrug off yet another credit downgrade.
Burgeoning debt, coupled with the global and domestic economic slowdown, and continuing political turmoil (Japan has had three Prime Ministers in the last two years, and the current PM Noda’s popularity has fallen since he took office in September), would suggest it is unlikely that Japan could continue to self-contain its debt.

I think, as I've said many times before.... The summer of 2012 is going to be a very hot one for Japan - as well as all around the world.

This seems like a fine middle ground to meet at:

"You Can Get A Bad Economy With Rising Equity Prices"

... It's a bit bizzare though, but hey, we all live in Bizzaro World these days (or Wally-World) so it seems to make sense?

Oh, and, yes, I did get a laugh out of this, a small one: "Japan is a bug that's looking for a windshield."

The world economy is "multi-polar" and needs urgent therapy!

Mike awesome articles by the way!

Just to be fair, the "bug in search of a windshield" description of Japan belongs to John Mauldin, who has been using it in his financial newsletter for years now (highly recommended)