I have never made but one prayer to God, a very short one: "O Lord make my enemies ridiculous." And God granted it. ~ Voltaire.

Every dictator is an enemy of freedom, an opponent of law - Demosthenes

Yep. The North Korean missile was a dud. As I called it. I wish I could call stock prices or gold prices as well. If I could, I wouldn't be here blogging, I'd be out on some yacht with a dozen bikini clad girls feeding me grapes - that's for sure. But I'm not. I am here posting after-thoughts on the dud North Korean missile launch.

Oops! That's not how it's supposed to work!


Folks, get this: I don't believe a successful rocket launch by North Korea was the purpose of the entire affair anyway. I'm sure there were people in North Korea (mostly Kim Jung Dim Son II and scientists who've probably lost their jobs) who were hoping for a successful launch but they aren't surprised it failed. Failure, while feared, was definitely expected.


Just like when you or I buy a lottery ticket; we hope we can win, but aren't surprised when we don't. Come on, get serious. Do you seriously think for a moment that anyone in North Korea thought that they could actually launch a rocket into orbit when they've never even launched one successful rocket in the past? The fact of the matter is that, in spite of the nonsense you've heard, I doubt that anyone in North Korea ever expected, even for a moment, that they could successfully launch a rocket into orbit.


They didn't expect to and neither did the United States, Japan and South Korea. That's the curious part of this tragic comedy.

"New veapons systems? Excellent! The fuhrer vill be most pleased."


Besides the disappointment of North Korean government wonks, the second most disappointed group of people would be the guys in the Pentagon. Oh, for sure! A successful North Korean launch would have sealed a massive increase in next year's budget... I can imagine the thrills of those generals and majors as images of brand spanking new weapons systems and multi-billion dollar jet fighters that we don't need dance in their heads. Oh the drooling...


This entire farce, like a Stanley Kubrick movie, makes for good political theater... Though, if it wasn't really happening, the story would be so far "out there"as to be unbelievable.


And the show doesn't stop there, folks. Oh no. No way. The show must go on... And it will go on. They (the North Korean government) need an enemy just as much as we (our government) needs an enemy. That's the way the geo-political game works. That's the way it's always worked. Rome's Caesar has his Cato and Brutus; Wilson had his Kaiser; Roosevelt had his Hitler as the Coyote had his Road-runner.


Unpopular governments, like North Korea, and the ones we have in the USA or Japan, cannot survive without an enemy. Without a good scary enemy, they'd all just melt away into obscurity... The government needs enemies to keep people's minds off the crap of daily life they have to put up with because of our own government's incompetence.


For proof that the theater will go on read this: Yahoo News reports on a Time story entitled, North Korea’s Rocket Fails, but More Fireworks Could Follow:
(The article text will be highlighted in yellow. I will add my remarks in between sentences or paragraphs).

North Korea's satellite launch, planned as a celebration of the centenary of the birth of its founding President, Kim Il Sung, failed sometime shortly after 7:40 a.m. Friday when the first stage of the Unha-3 rocket dropped to the Yellow Sea about 165 km west of Seoul.

After weeks of antagonism between North Korea and the U.S., South Korea and Japan, who said the launch was the equivalent of a ballistic missile test, the failure offered a moment of respite.

"At no time were the missile or the resultant debris a threat," noted a statement from the North American Aerospace Defense Command. In a rare admission, North Korea's state-run news service acknowledged the satellite "failed to enter its preset orbit." It said technicians were investigating the cause.

Actually, they might be investigating between being tied up to the rack and being whip lashed...
But the ballistic bust does not mean that North Korean threat has lessened significantly.

The isolated authoritarian state still possesses significant conventional artillery with which it could attack Seoul, just 55 km south of the demilitarized zone that separates North and South Korea.

Non-sequiter alert! Non-sequiter alert! Wait a minute! I thought we were worried about a North Korean rocket launch that could be a cover for a nuclear-tipped ballistic missile that could hit the United States! Now we're talking about 70-year-old artillery pieces that, if still in working order, can hit Seoul? I smell a government right-wing militarist doing the talking...

"I don't think we should be taking great sigh of relief that the test failed," says Rory Medcalf, director of the Sydney-based Lowy Institute's international-security program. "I don't think the fundamental issue is about North Korea's ability to reach the U.S...."

From a regional perspective the fact is that North Korea can wreak havoc on South Korea and do a lot harm to Japan. There the insecurity is very much alive."

What? How can North Korea harm Japan? Their missile failed. There is no artillery piece in the world that can shoot the 320 miles (about 500 kilometers) between Japan and North Korea. I believe that the largest artillery piece in the world has a maximum range of 40 kilometers. North Korea is barely a threat to Japan today excepting as an embarrassment. And speaking of embarrassments, back to the dud missile...
And today's embarrassment could give the North further incentive to provide a display of military prowess, possibly in the form of a nuclear test. That was the pattern in 2009, when a North Korea followed up a failed satellite launch with a nuclear test, its second.

Bet you a donut that they were shocked that this nuclear test actually worked - if it really did. It should already be obvious why the west would say that North Korea has a nuclear weapon... It is convenient to do so, isn't it?

It was only in 2011 that Pyongyang began a series of discussions that led to the Feb. 29 "leap-day deal," in which it would curtail nuclear activities and missile tests in exchange for U.S. food aid. The U.S. has said that deal is dead.

See? Everyone needs an enemy. I have to ask, (to paraphrase what Khruschev said to Kennedy) "Why should North Korea trust the USA more than the USA trusts North Korea?" The USA has reneged on deals several times in the past

Analysts say North Korea's satellite plan was driven by domestic concerns, particularly strengthening the position of 29-year-old leader Kim Jong Un, who was installed after the death of his father, Kim Jong Il, in December.

Analysts say the US and Japan's response plan was driven by domestic concerns, particularly strengthening the position of unpopular president Barack Obama, who is running for reelection in November.

"This is actually more sensitive than the failure of the previous two tests in 1998 and 2009 for a few reasons," says Medcalf. "First, obviously there's a need for [Kim Jong Un] to assert his credibility as a strong leader and do it in front of the people of North Korea -  is the weight of expectations for the 100th anniversary celebrations. This is such a big weekend, and the political pressure to demonstrate his prowess is greater."

Right. As if some dude who was just elected Chairman on April 12th, 2012 - just one day ago - of the National Defense Commission is going to be held responsible for a failed rocket launch that was planned a few years ago. Heads will roll over this failed launch but I seriously doubt it's going to be Dim Son II this early on.
The U.S., South Korea and Japan have denounced the North Korean launch. "North Korea is only further isolating itself by engaging in provocative acts, and is wasting its money on weapons and propaganda displays while the North Korean people go hungry," read a White House statement. "North Korea's long-standing development of missiles and pursuit of nuclear weapons have not brought it security -- and never will."

"North Korea is only further isolating itself by engaging in provocative acts, and is wasting its money on weapons and propaganda displays while the North Korean people go hungry....North Korea's long-standing development of missiles and pursuit of nuclear weapons have not brought it security -- and never will."

What a farce! This needs to be rewritten too:

"The USA is only further isolating itself by engaging in provocative acts, and is wasting its money on weapons and propaganda displays while the American people go hungry and lose their freedoms....The USA's long-standing development of missiles and pursuit of nuclear weapons and military have not brought it security -- and never will." 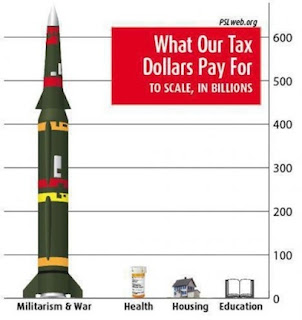 Sure. There, inevitably, will be many who write to me and criticize what I have written here but it's completely true and if they were honest Americans (of which there seem to be fewer and fewer) they'd admit it. And, besides that, the so-called Home of the Brave and Land of the Free, the Beacon of Democracy hasn't a leg to stand on when its citizens can brag that "We are better than North Korea!" 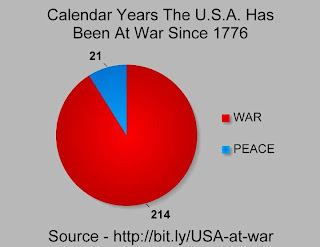 
And don't think I'm letting the Japanese government off the hook here either. This news the other day really surprised me:

What the hell? Doesn't Japan's Constitution forbid this sort of military deal? The last time Japan signed a deal with Britain was in 1902 and that was to slice up Korea. Now this? Japan is quickly becoming like the United States. The economy is getting bad; Japanese manufacturers cannot compete with foreign competition so, what does Japan do? They start building weapons like the United States does! It seems that, no matter what, our "leaders" are heading us for war full speed ahead!


But, ultimately, what I really want to say here is that people - especially our people - need to open up their minds and really think deeply about what they are being told.


I think the case for showing that the government - all government - lies to protect its position or to better it is obvious. A wise populace would know that that this proposition is a given.