Here we go again with government double-talk and obfuscation...


One day, the government says we don't have money so they need to raise sales taxes, the next day they give away billions of taxpayer dollars to their crony friends in other countries...

This is just a lesson in reading between the lines and knowing that whatever the government does or says there has to be some hidden ulterior motive. The government pronouncements that go along with their often scatological actions often mean the exact opposite of what they say... The government doesn't really do anything, except for finding ways to spend tax monies and posing like they are doing something.


Don't believe me? Here's proof today. The government spent millions of dollars making a video to ostensibly protect children in the case of a natural disaster but when it comes to actually doing something concrete towards those ends, well, um... Not so much... They'll need to have decussions to decide if they need to decide to have further discussions.


That's how the government "works" folks. Today the government has announced that they have a plan but, if you read carefully, their plan isn't a plan at all.


The Yomiuri reports in Government adopts safety plan for children (as I often do, I'll comment between the articles paragraphs and point out the nonsense):

The government on Friday adopted a basic policy on safety education at schools for the next five years, with the goal of minimizing harm to children in the event of natural disasters and other situations.
So, far so good. The government "adopted a basic policy on safety?" Great. (One has to wonder where they were all this time in a country that has thousands of earthquakes annually and many natural disasters?)... Carry on....


Policy: a definite course or method of action selected from among alternatives and in light of given conditions to guide and determine present and future decisions

"Urging" someone and a "definite course of action" sounds like two different things to me, folks. Then the article adds this gem that always proves the old adage and oft-repeated mantra of this blog; "...it is the goal of government, every government; to use any excuse, emergency or crisis to expand upon itself. It doesn't matter if that government is democratic, communist, socialist, fascist, or green. No matter the reason the government solution will be to grow itself."


This next sentence is so cynical that made me laugh out loud:


And whose responsibility is it that many who died did not receive a "thorough education" so that they could have "evacuated to safety" at a government run school?


Consider: If you were head for the fire department in some town and a bunch of houses burnt down on your watch, you'd lose your job. On the other hand, if you are in charge of policy for government run public schools and a bunch of kids die, you get to make new policies and print textbooks and things like that.


Remember that post I wrote the other day about there being two rules in society? One rule for the ruling class and another rule for us peasants? Here it is, in action, again.


This begs the question again... I forwarded above about asking where the government was before the March 11, 2011 disaster? Why did just some schools teach their students (and teachers) proper evacuation procedures and others didn't? Could it be that government policy was nonexistent? Could it be that so many kids died in the tsunami because the government did not have strict guideline and policy (policy!? Oh there goes that word again!) to teach this policy and rules to all children and all school faculty? This is pretty damning, folks. This smacks of incompetence and criminal negligence once again. These people didn't do their jobs and so a bunch of kids died needlessly, yet these same people, these government bureaucrats don't lose their jobs?


But then there is another huge red flag in this sentence too.... "a... systematic method of training should be considered?" Considered by whom, may I ask? Should a twenty-five year old first grade teacher just out of college with her first job at some school decide or should this be decided by government officials consulting experts and be made official policy? "Should be considered?" Morons. 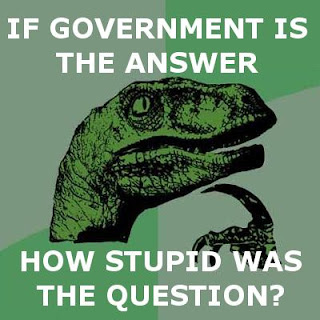 Ultimately, what this says is that the central government has decided that the children of the nation need to be protected. Hooray! So, in their eternal wisdom, they decided to make it a policy to urge schools to teach children something and to study the feasibility of starting a study to see if it is feasible to make some books.


Trust, folks, that the government will make these books and this cirrriculum. Why not? It increases their duties (to justify budgets) and is just another expansion of the government (read: your taxes)... This by the very same government whose inept "policies" led to no policy being in effect at many schools at the time of the tsunami so so many children died.


Why do I know they will create these items and this curriculum? They've already made one. Here is a report about one that was created by the Japan Meteorological Association:


Well, I'm sure they mean well, but, like most government run things, I'm sure this was poorly thought out. Now they have a video, super. But where are they going to show it? Most Japanese elementary school classrooms don't have TVs or DVD set ups. They say they are making copies to give to schools but I wonder how well this will sink into the head of a 6-year-old who is in a fit of panic...


Showing this to kids might help a bit.... But setting a policy for teachers and administrators is what is really needed... Nah, but that's too much work. It's much easier for some fat bureaucrats to sit on his ass and spend taxpayers money.


I also bet you a half a donut they spent several million dollars making this video (the Japanese government has done that before many times). Wonderful! Millions spent making a video no one will see.... (Trust, that privately run TV stations in Japan, no matter how inept, aren't wont to broadcast government created productions without getting paid big money - so where will these productions be shown?)


If a tree falls in a forest and there's no one around to hear it, does it make a sound? If a video that costs millions to be made is seen by no one, does it really cost anything?


Being paid millions to do something that no one sees? Great work, if you can get it...


Almost as good as working for the government deciding "policy."

I got a good laugh out of this one:

"If goberment is the answer, how stupid was the question?"

Friday Night Rock N Roll party in the street, don't no body pay attention to the People of truth. ... They want to learn the hard way.

Problem is, I, we, suffer for their willful ignorance. ... I think that makes them bastards.

"It also called for a study on the possibility of creating a new school subject focusing on safety education."
Oh god, no - not another study??!!
This is another way of saying "we're going to looking into this' and maybe we'll do something about it eventually, and maybe we won't"
Gov't's do studies all the time. This is their way of making like they are doing something. "We're looking in to it."
It's a farce.
I would have been impressed if they had said that "we know we should educate our kids better and here is what we are doing."
Having a real concrete plan.
You are correct - just whet the hell was Japan doing before all of this?
Did Japan not have earthquakes, tsunami, volcanic eruptions et al before March 11, 2011? Yes. have kids not died before?
The fact that school's may not have had a proper evacuation plan prior to now, is just plain wrong.
The government isn't the answer. It's the problem.
Did they leave safety education up to the individual school?
Who is teaching them the safety?
Mike... does your son know anything about what he is supposed to do in the event of an emergency at school?
What about at home? I'm sure my 6-yr-old has no clue about either. That 'home' part is my fault. However, I do recall learning about fire safety in school when I was 6.
When I was a kid, we actually had a few classes on safety (featuring Elmer the safety elephant).
You are correct in wondering how any child died during a disaster.
Japan has long had its fair share of disasters... the need to know what to do in one is woefully inadequate.