Blogging does pay. If you stick to it and make the conscientious effort to stay on subject, focus, and to update your blog everyday, it will pay off. Sometimes it's hard to keep going, but it's the ones who persist and persevere - in any field - that are the ones who make it. Blogging is no different.

I have written two blogs with tips on how your blog can get better rankings and traffic. Read here and here.

Today I was give a massive compliment by a very well respected business leader in Japan named Jason Hill. Jason Hill is the director of New Zealand Tourism for Japan. He is also the chairman of the Association of National Tourist Bureaus and Representatives in Japan (ANTOR). Jason arranges huge promotions for New Zealand in Japan. He is the guy who is responsible for the 300% increase in Japanese visitors to New Zealand in the last year so, as you can guess, Jason is a mover and a shaker. 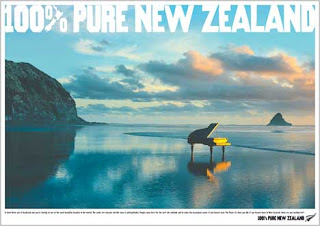 Tomorrow, Jason and New Zealand Tourism are holding one of the biggest promotions in recent memory. The event is the Japan kick off for the 2011 Rugby World Cup in New Zealand. A World Cup that the Japanese team will appear in! Everyone will be there; all the famous old school media in Japan (print, TV and radio) and even the new kids, Yahoo and crowd.

This is a big deal!

Let me stop here and tell you some more background. A man named John Kirwan is a former All-Black player (you know, the New Zealand Rugby team that just completely destroys everything in its path like Godzilla does). Anyway, John Kirwan is the most famous Rugby player in New Zealand history. Now, John Kirwan is now the coach of the Japanese national Rugby team, the Cherry Blossoms.

ALL BLACKS DOING THE HAKA (SEE VIDEO BELOW!)
At the 2011 Rugby World Cup to be held in New Zealand, the Cherry Blossoms will appear. This is an incredibly impressive deal for Japan and a source of national pride. It is so exciting for Japan to play at this Rugby World Cup and to even appear on the same field as the All Blacks. The last time they played the New Zealand team, score was something like: All Blacks 1,240 -  Japan 2 (well, it wasn't quite THAT bad, but it was a stomping!)

Now, with John Kirwan as coach of the Japanese team, Japan has a real shot at getting some respect and making a great showing! And the Japanese, of course, are getting real excited about this!

Anyway, tomorrow is the kick-off press conference in Tokyo for the 2011 World Cup. Jason Hill, the boss of New Zealand Tourism, is in-charge of this mass media event press conference featuring John Kirwan. All the major Japanese mass media will be at this event and Jason actually invited me to come because he said, "You are a blogger."

2011 Rugby World Cup PR Video
Can you believe that? All the old school major Japanese media will be there at this event with their press passes and camera's and hats... And, representing the blogosphere, will be little old me!

My countrymen! Our Internet and blogging efforts are being recognized!


HERE IS A VIDEO OF THE ALL-BLACKS DOING THE HAKA!

I guess this just shows that our blogging and SMM efforts are starting to get some influence and "pull." So, if you are blogging, remember that there are people reading, even if it may not seem that way.... Keep it up and the rewards will come.

That is the ultimate compliment for a blogger; to be invited and recognized. Here they are running a huge press conference to kick off the Rugby World Cup in 2011 in New Zealand, and they think well enough of me to invite me to that event? Wow! I'm so happy and excited! I'll write about the event tomorrow and tell you all about it!

The Official Site of the 2011 Rugby World Cup here.

Nice write up on your take of Japan's qualifying for the Rugby World Cup 2011. I will be there next year with my daughter and started a blog to record our preparations and travels in New Zealand. It has been a long process that started back in March of this year and continues with airline ticket purchasing within a month. I was searching on Rugby 2011 blogs and hit yours. I will be at all the Canada games including the test against Japan. The last meeting of Japan and Canada in the World Cup had Canada losing. I am hoping the next test is successful for our team. Cheers! Shane nztrip2011.com

Hey, I just encountered the entire New Zealand team on my lunch break in the gym.I'm based in Edinburgh Scotland and they are about to maul us! Nice guys read about it in my blog, cheers!
http://canteenraconteur.blogspot.com/

Thanks a lot for sharing the information.......