I just read an article over at Teri Buhl's webpage that is a MUST-READ! Could JP Morgan be heading towards another downgrading, or, even worse, bankruptcy? JP Morgan seems to have been caught in deliberate fraud of a massive scale... Even the always useless SEC can't ignore these cases! 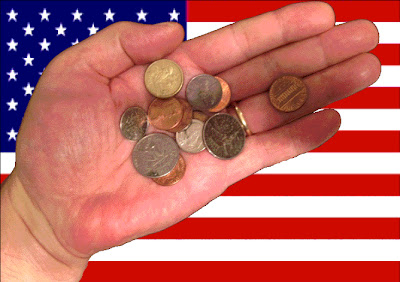 The article is long but completely and totally devastating in its implications as to what's going on for the future of JP Morgan.... The article is entitled: SEC Tells JP Morgan Enforcement Action Coming over Bear’s Mortgage Backed Securities Violations


How many billions in damages JP Morgan will have to pay out is not yet determined but inside their Mortgage-Backed Securities and Repurchase Litigation note on the 10-Q the bank tells us “There are currently pending and tolled investor and monoline claims involving approximately $120 billion of such securities.”


WOW that means investors think there was a heck of a lot of very bad mortgage securities that were packaged and sold and they want their money back along with some fines and are willing to spend a few million to pay expensive lawyers to sue for it. When I first reported on the Ambac case and went on RT’s The Keiser Report to explain what kind of financial trouble JPM could be in the damages in the monoline suits against Bear were only around $1.2bn. I told Max Keiser if fraud claims survived the suit that means punitive damages get lobbed on and who knows many billions JPM will have to pay out because allegedly emails showed Bear mortgage traders stole billions from their own damn clients. I threw out a number $10bn, that JPM could be looking to pay. Now according to JPM’s latest SEC filings there are now “seven pending actions commenced by bond insurers that guaranteed payments of principal and interest on approximately $5 billion of certain classes of 21 different MBS offerings.”


Go and read the rest at Teri Buhl... I read it twice because this could be the thing that collapses the entire house of cards.


It's not even June and the summer of 2012 is quickly heating up! These events are going to seriously affect Japan and the world economy.