The Japanese satellite was never about "communications" and peace? Probably not... 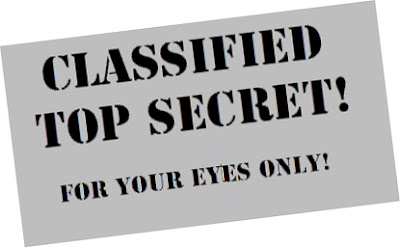 My post yesterday about Japanese government conspiracies and incompetence concerning rocket launches and sending "communications satellites" into space is, if I can say so myself, an important article on a subject. Anyone wanting a better understanding on how big money and corruption drives Japanese government motivations needs to read that one and consider. From Japan Government and Military Conspiracies and Why Tokyo Only Has 5 FM Radio Stations for Over 35 Million People:

You may think this is a conspiracy, but, in a way, it was at one time, but now it's just one more piece of evidence on how incompetent and F'ed up the government is....

The government had ulterior motives (wanting to launch a satellite) in not allowing broadcasting licenses... Then they sold the licenses to takers. Then those companies went bankrupt. Then the government was afraid to give out licenses to other companies because they might get sued by the companies that lost money. Now? The internet has come along and no one even wants a license and all the rest of the remaining stations are all losing money... The government probably couldn't give away broadcasting licenses today for free!

What happened? A conspiracy? In the past... Yes. Ultimately, the end result? A government interfering with business; ignoring the constitution; back scratching and big money payola; and that same government doing whatever it can to cover their a*ses for decades and wasting hundreds of millions of dollars in taxpayers and corporate tax money... On what?
An obsolete broadcasting business that is in the red across the board that no one watches or even cares about and a satellite that is only good for spying on North Korean missiles that don't work.


Well, now alert reader diego.a (once again) sends in an article that seems to confirm my paranoia, er, I mean, suspicions. Thanks diego.a! It is an article about the admission of Neil deGrasse Tyson that the Space Shuttle program wasn't about what the public was told it was about. From The Mises Institute's Website: Neil deGrasse Tyson Admits the Space Shuttle Was Never About Science:

Promoting science is a major reason often given in support of the space shuttle program and against ending it. But the space shuttle program was never about science, as astrophysicist and celebrity science-show host Neil deGrasse Tyson recently admitted (in the video below). It was created for geopolitical reasons — to combat the commies. He thinks Americans are afraid to admit this and need to be more honest with themselves.
He also allowed that you can see the program as a waste of money from the perspective of funding science, but I disagree with his suggestion you can see it as a waste of money only if you see the program as existing solely for the purpose of promoting science. It was a colossal waste of money by any measure, and I say that as a proponent of space exploration and exploitation.

Watch the video, read my post from yesterday here.

Glad you liked the link! However, I finally found the one I originally wanted to post by George S. Giles that is far better than Tyson's:

"Going to the moon was never the goal. When John Kennedy announced the plan to go to the moon it was much more palatable to the tax paying public than saying the truth: we want to put nuclear weapons the size of a greyhound bus in Red Square. Not very Camelot.
...A rocket is a ballistic projectile, not an airplane."

(Giles worked on the space shuttle program for several years.)

When I was younger, I never questioned why everyone involved at NASA seemed to wear a military uniform... Remember "I Dream of Jeanie"?