Could Facebook become the big money loser that some of us think it will? Yep. The tea leaves are lining with the stars... 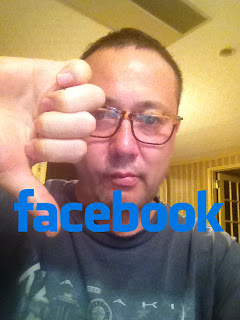 Sometimes I read something that just makes me say, "I told you so!" and I laugh all the way to the refrigerator to get myself a stiff drink so that I can chuckle some more. Last month I wrote in Facebook is a Failure as a Marketing and Sales Tool - Here's Data!


Looking at how badly Groupon is dropping, refer to Groupon Shares Fall Off a Cliff, Down 42% Since IPO, Facebook had better IPO as soon as possible because I suspect that the actual value of these social networks could be close to zero. I already know that Facebook is losing money.
Don't forget that, just a few years ago, Myspace was the King of Social Networks... Today? They closed their office in Japan last month.
Could Facebook be a few years behind Myspace?

Well, but what do we have here? Looks like Facebook's IPO could be in BIG TROUBLE! Bloomberg reports in Facebook IPO Said to Meet Weaker-Than-Forecast Demand:


Facebook Inc. (FB)’s initial public offering has so far generated lower-than-expected demand from institutional investors who are concerned about the company’s growth prospects, people with knowledge of the matter said.
Some investors expressed reluctance after Facebook said on May 9 that advertising growth hasn’t kept pace with the increase in users, said the people, who asked not to be identified because the process is private. Facebook is also telling analysts that sales may not meet their most optimistic projections, two people said.
Facebook executives have another week to market the IPO, scheduled to price on May 17, and underwriters are stepping up efforts to drum up interest from large shareholders, one person said. Underscoring concerns that growth may taper for the world’s biggest social network, 79 percent of respondents in the Bloomberg Global Poll of 1,253 investors, analysts and traders who are Bloomberg subscribers said Facebook doesn’t deserve a valuation at $96 billion, the high end of its projected range.
“Expectations on Facebook are way too high,” said Mitsuo Shimizu, a market analyst at Tokyo-based Iwai Cosmo Securities Co. “Given its fundamentals, the company doesn’t look anywhere cheap in valuation.”


Groupon's share price is now less than 50% of its IPO in just six months, nearly 70% off its high. Will Facebook do the same?


Don't bet that it won't. Facebook is the end of the honeymoon between investors and Social Media.