Okonomiyaki is delicious! I love okonomiyaki! 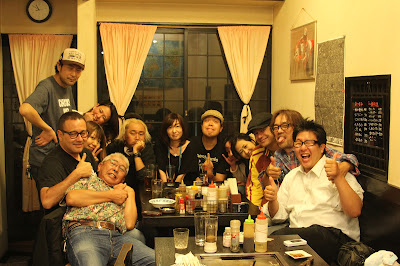 Okonomiyaki (お好み焼き o-konomi-yaki) is a Japanese savoury pancake containing a variety of ingredients. The name is derived from the word okonomi,meaning "what you like" or "what you want", and yaki meaning "grilled" or "cooked" (yakitori and yakisoba). 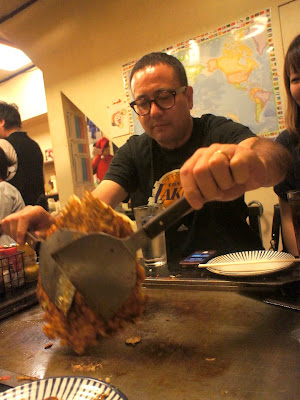 Me cooking up a storm (photo by Vouch Trace)


Okonomiyaki is mainly associated with Kansai or Hiroshima areas of Japan, but is widely available throughout the country. Toppings and batters tend to vary according to region. Tokyo okonomiyaki is usually smaller than a Hiroshima or Kansai okonomiyaki.

Yeah. It's a sort of "Japanese pancake." I love okonomiyaki. 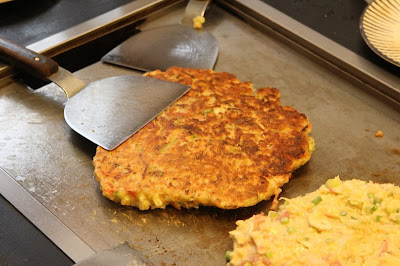 
Last night I went to an okonomiyaki place here in Tokyo at Tamagawa station that is called "Taiho." Taiho has great okonomiyaki. Now, usually I don't like Tokyo okonomiyaki as Osaka and Hiroshima are much better, but Taiho's okonomiyaki was excellent. 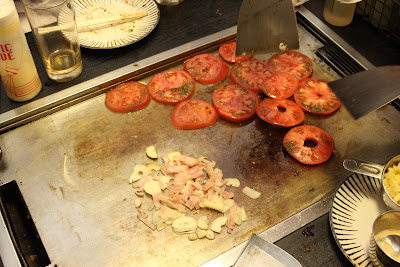 
I was there to interview to shop's owner, Takahashi san about her place for a radio show that I produce and, while there to partake in the fine dining (and far too much drinking). The food was excellent and I had a wonderful time. 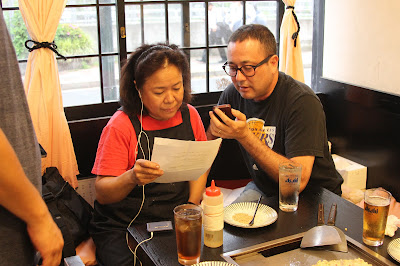 
Until I had interviewed Takahashi san, I didn't know why her shop was so popular but, it has stood the test of time... Get this, that restaurant opened up in 1962! It's been open for 50 years! Takahashi san's mom founded and ran the place originally and passed it down to her. You know if a restaurant has been opened for 50 years and still packs them in every night, it has to be good!


Takahashi Tencho says the secret to running a restaurant for 50 years is to, "Take care of your customer and treat everyone like they are special and that they are family and they will take care of you back!" 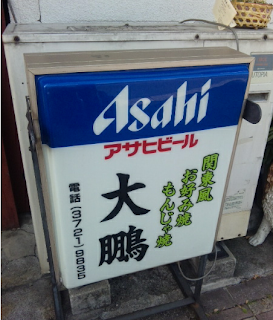 
Taiho is a great place to take the whole family. It's fun for the kids too as you cook your own okonomiyaki, monjyayaki, weiners, potatoes, whatever right at your own table! Also, the kids can watch the Toyoko trains go by the front window! Everyone loves the food and atmosphere at Taiho. You will too!


If you go there, tell Takahashi san that you read about it on Mike's blog! 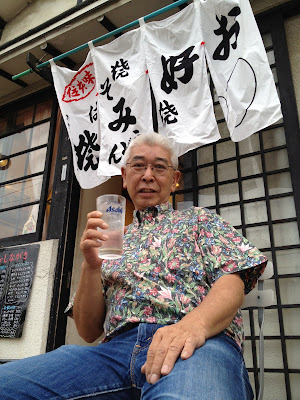 My friend Michio in front of Taiho 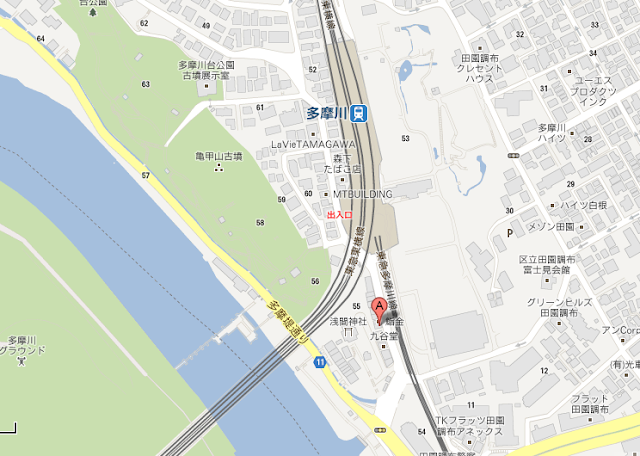 (Minor bug report: The map is not showing up. I turned off all ad blocking software.)

Did Takahashi san share the secret(s) behind the restaurant's eternal popularity? I re-read the article several times and you never go into it.

Man! More drunken revelry!! What do you think life is for? Just to enjoy yourself????!!!
I hope so.

Also, diego.a, try hitting the refresh button, it works for me to make the comments appear, so maybe that'll work for you too?

I have no trouble seeing the map, but after I posted my comment I couldn't see the comments at all. Not if I refreshed it, or opened it in a new tab.

I had to close my browser and open it back up again.

Hey, is this blog getting my browser intoxicated?

Or maybe it's just my PC, it has been acting funny lately.
Or maybe I've been flamed or something?
Or,... who knows. Heh, maybe it's time for the hammer and a new PC?

EPJ says to wait until Fall for better deals, not sure if I can make it that long.

if you are using windows, clark, that's probably the problem